WTA Finals: A fitting end to a turbulent year 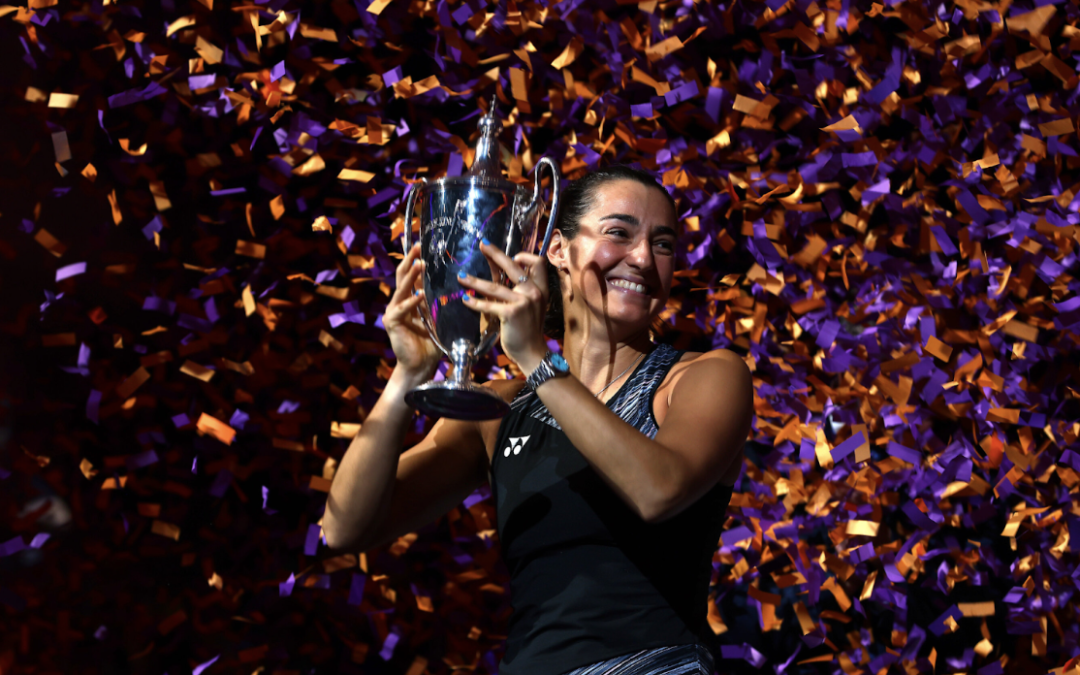 To say that the WTA (Women’s Tennis Association) has been through much this year is an understatement. From the Goat Serena Williams’ retirement to a general lack of funding within the association, 2022 has been full of surprises for the WTA.

Caroline Garcia, ranked approximately 79th in the world in May of this year, has ended her season with a career-high ranking of 4th. During this year’s WTA Final, she was able to get past Daria Kasatkina and meet a fan-favorite in the title, Aryna Sabalenka, who the New York Times described as a “six-foot tower of power”. Her victory came as a surprise to many as she has always suffered from chronic foot injuries that had affected her play. She had come very close to elimination prior to clutching the most significant title of the year, losing in her round-robin to Iga Swiatek, the world number one. Garcia won the match by tight margins with a final score of 7-6 (4), 6-4. With a cowboy hat on her head, the 29-year-old French veteran has completed what should be counted as a marvelous comeback that nobody saw coming.

However, this was not the only surprise that came WTA’s way. Two influential and highly talented players have also stepped down from tennis this year. Ashleigh Barty, the former world number 1, was having a fantastic season and was, arguably, at the peak of her career; she decided to retire after winning her home grand slam title, the Australian Open. At 25 years old, Barty felt as if tennis had consumed way too much of her life for way too long for her to mature as a person: “I needed time to step away, to live a normal life, because this tennis life certainly isn’t normal, I needed time to grow as a person, to mature”. Even though some believed it was imprudent of her to give up her career, most people supported her in that she was finally able to find out what she truly wanted in life besides her tennis career.

Perhaps less surprising, this was also the year that Serena Williams likely bid farewell to playing tennis, after playing in what might be her last US Open, reaching the third round and showing flashes of her best form. An influential and somewhat controversial figure in all senses, the public all wished her the best and congratulated her on an outstanding career at the age of 41.

On another note, the WTA has also suspended all of their events hosted in China due to concerns about Peng Shuai’s safety after she accused Zhao Gaoli, a former Chinese government official, of sexual assault. On November 2nd, 2021, her post on Weibo, a Chinese social media, vocalizing the incident was taken down by the Chinese government minutes after it was posted and removed from the search engine. The tennis star has not made a public appearance since. The Chinese government has stated that she is “resting at home”, while her entire social media presence was scrubbed clean as if she never existed. The public did not buy into any of that. The incident soon gained public attention, and many of her co-tennis stars voiced concerns about Peng’s safety. To find out what truly happened to her, the WTA has rescheduled or canceled all their events (around 10) that were supposed to be played in China this year. The nation is a huge source of income for most sports entities located everywhere, including the WTA. Not setting any of their tournaments in China meant losing a significant source of income. Perhaps not an easy choice to make, but a respectable one, seeing people caring for each other in the tennis community even if they were to take a massive fall.

It has undoubtedly been a turbulent year for the WTA, which begs the answer to a critical question–where will the scene of the women’s tennis project be from here on?