Why are Famous Paintings being Vandalized? 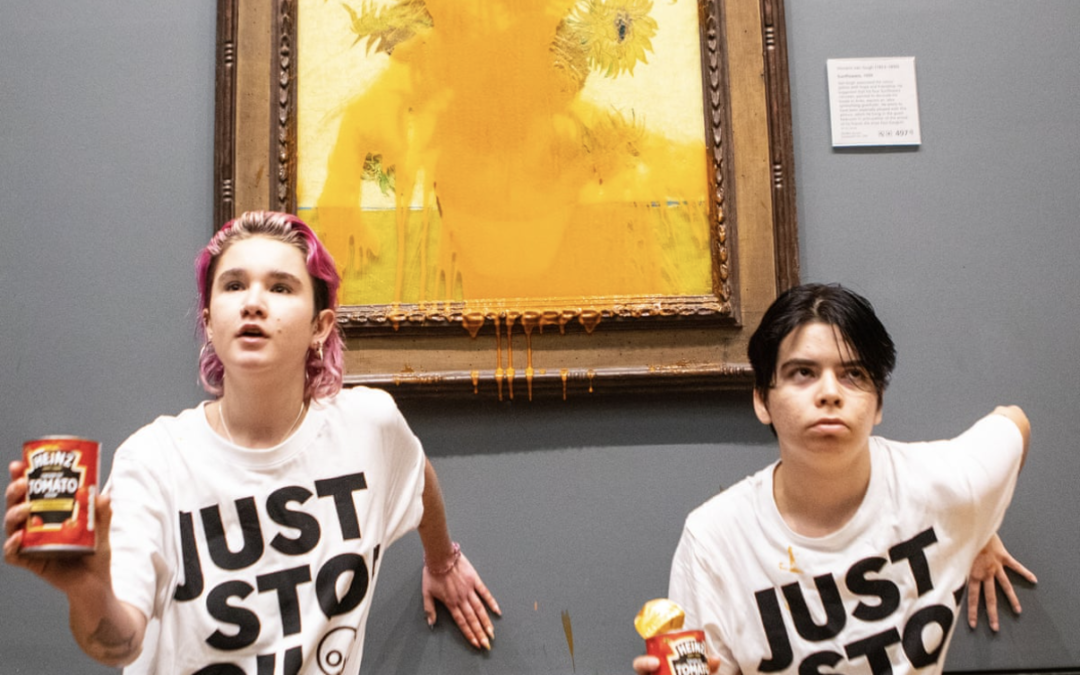 Activists superglued to the wall after throwing tomato soup onto “Sunflowers” by Van Gogh and making a statement about fossil fuels.

Many paintings worldwide have been victims of vandalization in the last few weeks. Paintings like Sunflowers by Van Gogh, Les Meules by Claude Monet, and even John Constables’ The Hay Wain have been smothered with food. After targeting a painting, the activists stuck their hands to the wall below the painting with super glue.

“Just Stop Oil” is an organization based in the United Kingdom and behind the vandalism. They are a group of environmentalists who are now being shamed online for taking advocacy too far. To gain the public’s attention on climate change and fossil fuel issues, these activists have thrown food onto paintings and asked the public to think about the price of a painting over our lives. While some might argue that this is useless, Just Stop Oil activists want to provoke conversation and action about the climate issue through this act. A spokesperson from Just Stop Oil stated: “The question that needs to be asked is: what drives ordinary people – cabbies, teachers, paramedics – to cause that level of disruption? It’s not even about raising awareness now, it’s about demanding action.” Just Stop Oil identifies itself as an organization pushing for change from the government, and the activists believe that public attention will give the government the necessary pressure to stop the use of oil and natural gases.

While it is hard to decide whether to support or oppose Just Stop Oil’s actions, the attention-grabbing has certainly done its job. Media outlets worldwide have written articles about the issue – although not all positive. Since the protests started, police forces have increased in the UK to “deal with protests,” and over a hundred Just Stop Oil activists were arrested last month for the protests. There is a fine line between peaceful protesting and the right to freedom of speech, but have the activists taken it too far?