The Collapse of Spotify? 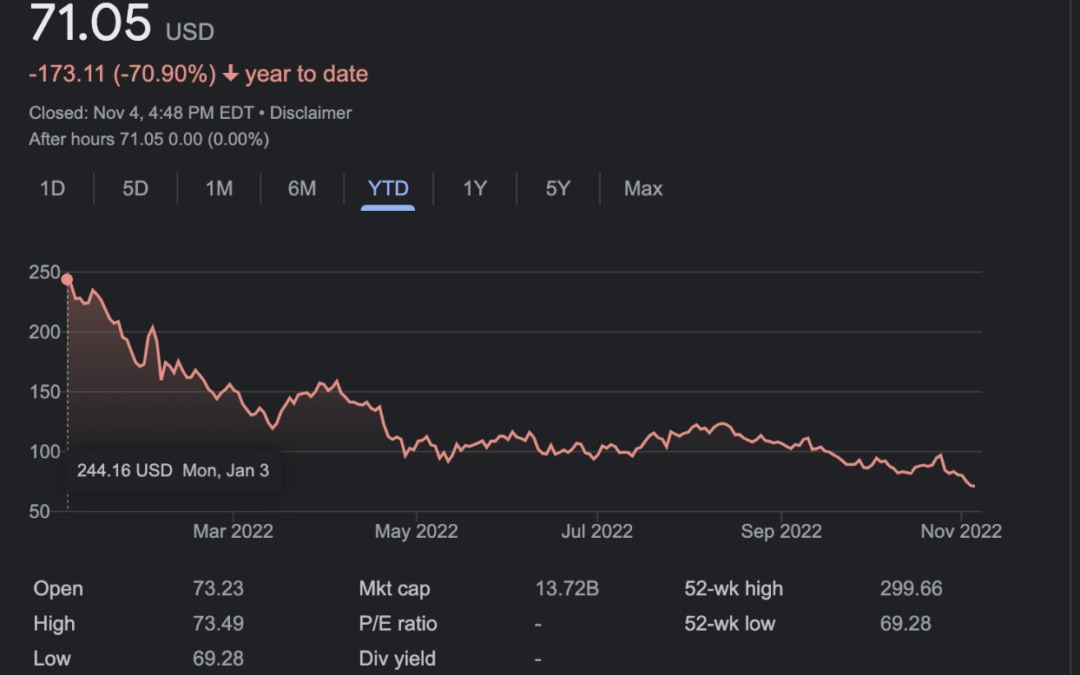 On October 25th, Spotify released its earnings report for the third quarter of 2022. The company revealed that the company had an operating loss of €228 million, which was below many people’s expectations for the quarter. Although the company reported a total revenue of €3.04 billion, it suffered over 70% decline in its stocks compared to November 2021. Spotify’s stocks experienced over 19% decrease within the past month, reaching its all-time low a few days ago at $69.28 per share. Many people have been focusing on the stock’s outlook, while even Wall Street investors, including Cathie Wood of Ark Invest, have abandoned the Swedish company.

There are certainly areas where the company has exceeded expectations. The company stated that although it suffered a loss, the company had a 20% increase in monthly active users since last year, highlighted by the 19% growth in revenue from ad-supported revenue. It has also accumulated a total of 456 million active users and 195 million paid subscribers.

Several reasons account for this historic collapse of Spotify’s stocks. First, the company reported that total revenue was strongly affected by the recent contract renewal it had to deal with outside of the United States. Also, the current global market has acted against them as well. The Federal Banking Reserve has raised the interest rate 6 times this year, marked by the most recent raise on November 2nd to fight inflation. This led to the U.S. Dollar currency continuously having a higher exchange rate, at one point being €1.04 for $1. This has acted against many European-based companies, such as Spotify, having a larger loss in exchanging currency from this unprecedented “dollar power”.Moreover, the global recession in 2022 has affected the advertising industry. With economic activities not as active this year, companies have generally been more reluctant to market their products through advertisements, ultimately resulting in Spotify, a company with frequent ads for users without subscriptions, under a low increase in ad-supported revenue. Lastly, Spotify has conflicted

with Apple recently regarding the app’s new feature. Spotify’s new feature which was supposed to include audiobooks in its mobile app, but after Apple’s demand for 30% in-app tax, the feature has not been available for iOS users.

With many factors turning their back against Spotify, will the most prominent music company continue to decline? The issues the company faces do not seem short-term, with inflation still rising and Spotify still having to battle Apple in the future. Some are even reproaching Spotify for not taking down Kanye West’s songs after his recent controversy with anti-semitic remarks. How and when will Spotify bounce back from this setback?