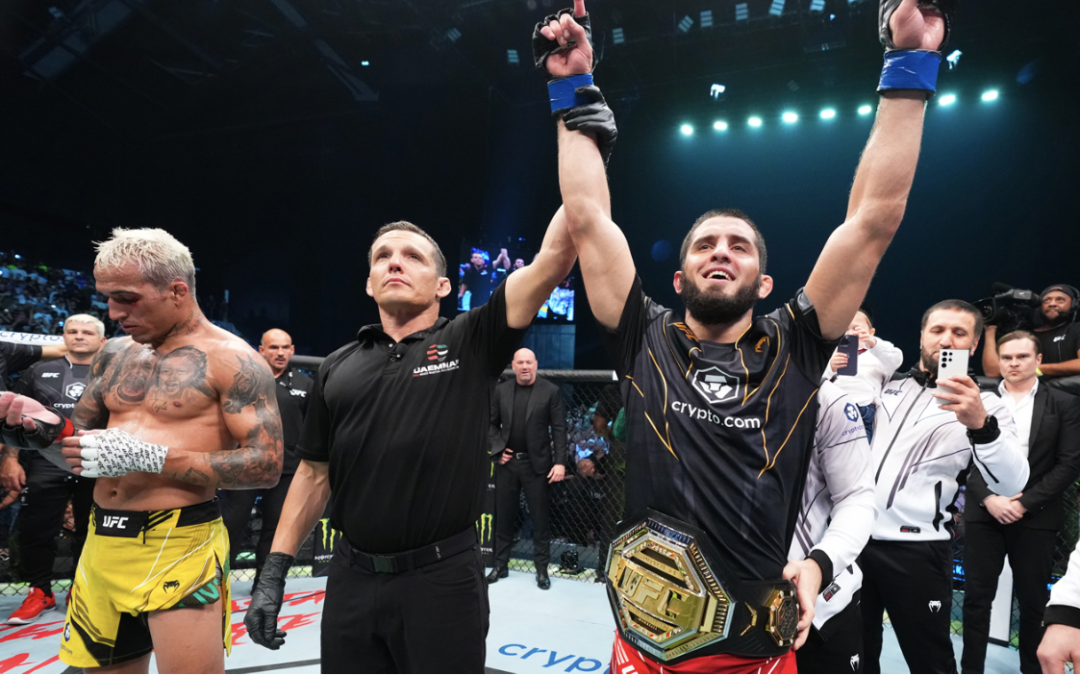 Oliviera –leader of UFC’s submission victories– focused on defense and attempted a few submissions in the first round, but was not able to succeed using any of them. The second round seemed relatively even between the two until Makhachev landed a punch with his right hand which knocked the Brazilian out of balance. Makhachev did not miss the chance and locked in the triangle choke.

While he continues his 11 win streak, Makhachev is currently aiming to be ranked 1 P4P (Pound-for-Pound). Meanwhile, the current P4P champion Alexander Volkanovski has recently successfully defended his Featherweight Champion belt against Chan-Sung Jung and Max Holloway, continuing his 22 win streak dating back to 2013. Recently, the two have shown intentions of fighting each other in the Lightweight division. Fans over the world are hoping to see the two fight for the UFC Lightweight and P4P title.