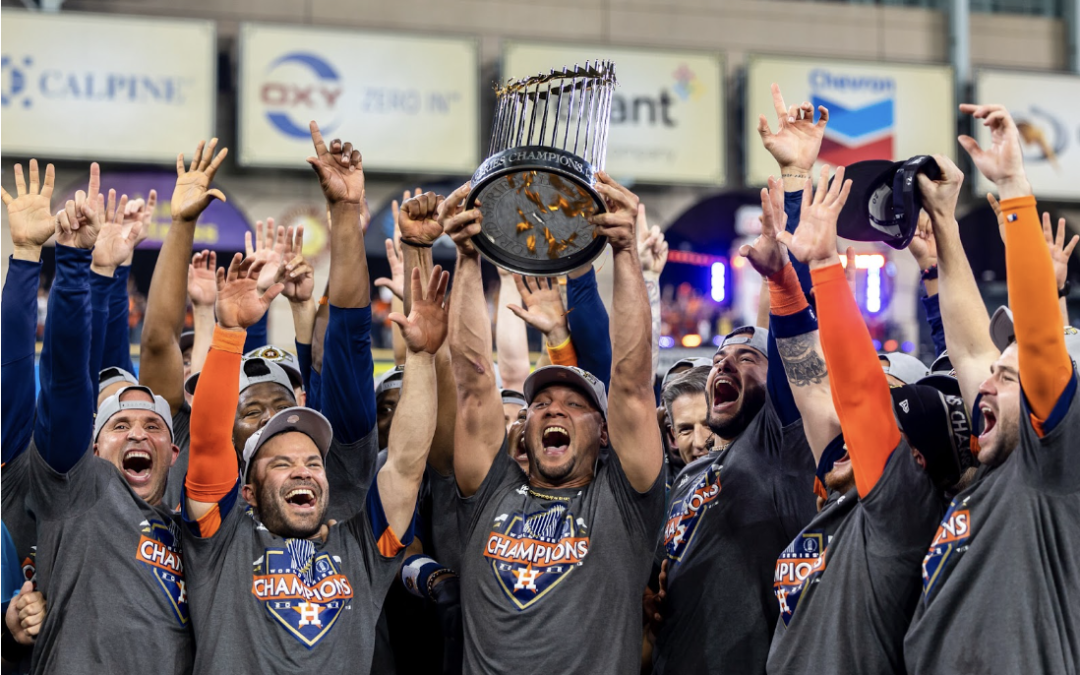 The Houston Astros became World Series champions this past Saturday night in a thrilling game six win over the Philadelphia Phillies. If the reaction to their victory seemed subdued, it is likely because just a few years ago, the Astros were caught running a brazen cheating operation. In 2017 – the last time they won the World Series – they had cameras set up in center field to steal signs, used trash cans to tell the hitter what pitch was being thrown, and had an elaborate video replay room to steal signs. Not only should the Astros be firmly booed for their win, I believe every player, coach, and anyone who participated in the scandal should be banned from the MLB. After all, if Pete Rose received a lifetime ban from baseball for betting on his own games, why should the Astros face a lesser penalty?

The Astros’ cheating scandal was undoubtedly one of the most significant in sports history. However, the MLB treated their scam as a minor infraction with year-long suspensions for the coach and GM and a loss of draft picks. The MLB gave all players immunity. This year’s World Series Championship includes several of those high-profile stars: Jose Altuve, Alex Bregman, and Yuli Gurriel. In other sports, cheaters have faced much harsher consequences. Lance Armstrong, a seven-time Tour De France winner, received a lifetime ban for doping and was stripped of all his titles. Olympic sprinter Marion Jones won five medals in the 2000 Summer Olympics, but had to give them back after admitting to taking performance-enhancing drugs. After trying to take out Nancy Kerrigan’s knee, Tonya Harding was banned from competitive skating for life. When cheating is allowed to go unchecked in baseball, whether it’s stealing signs, steroids, or corked bats, it diminishes the game. Forgiveness is a virtue, but the price should not be the integrity of the game, and it is too early for the Astros to receive a second chance.