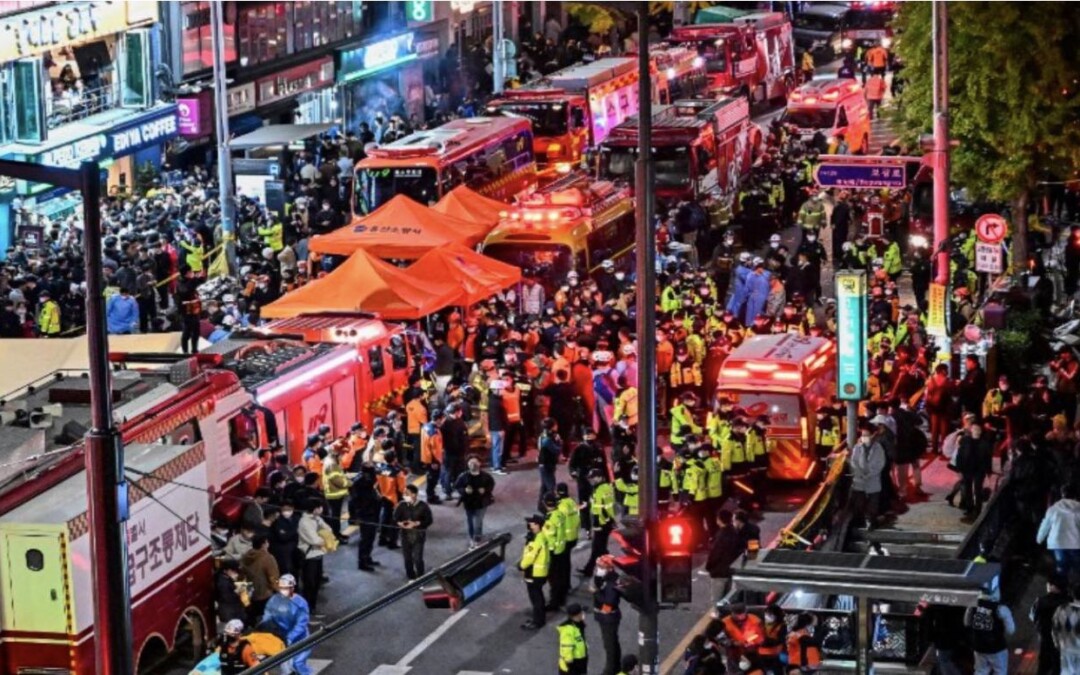 What should have been a joyful event turned into a tragic accident.

On the night of October 29th, 100,000 gathered at Itaewon, Seoul, a city known for its night lights and parties, for the annual Halloween festival. Excitement filled the air, especially since it was the first major event after the South Korean government lifted COVID-19 restrictions, and many were ready to enjoy the freedom of being maskless again.

Witnesses recall that the surrounding areas became uncontrollable and chaotic hours before the accident, with people pushing each other from all directions. The first 911 call regarding the crowd was registered at 6:34 pm, hours before the accident. The crowd surge turned deadly at 10:20 pm in a narrow, downhill alley when multiple people collapsed, leading to a domino effect of people falling over. Rescue efforts were delayed because emergency vehicles could not travel quickly through the crowded area. Layers of people on top of each other also made it impossible to pull victims out of the crowd.

As emergency personnel made efforts to resuscitate victims, people nearby joined to help. A doctor who was at the scene recalled that there were about 6 people surrounding each injured victim, conducting CPR and massaging their bodies for over an hour at a time. Despite this, the majority of victims with cardiac arrests were not able to be resuscitated, possibly due to the delayed rescue process.

A moving crowd becomes dangerous when the density is above 4 people/㎡. The crowd density at Itaewon was 9~10 people/㎡.

As of now, the tragedy left 156 dead, among whom 101 were women and 104 were in their 20s. 26 were foreigners. Most victims died due to compressive asphyxiation followed by cardiac arrest: their airways and lungs were crushed from the pressure of the crowd. A further 151 were injured. Relatives and friends who lost contact with those at the festival rushed early in the morning to a community service center located near Itaewon, nervously waiting for news of their close ones. Over 3,700 reports of missing persons have been received.

While authorities are still investigating the causes of the deadly crowd surge, there have been multiple theories. Some claim that there were not enough people controlling the situation. 137 police officers were deployed to control the festival, which seems small compared to the crowd of 100,000 but is still more than in previous years. However, they were mainly tasked with monitoring crime, not crowd control. Others say that there were certain individuals who encouraged others to push people in order to move through the crowd.

In the aftermath of the event, President Yoon declared a national mourning period stretching until Nov. 5th. A mourning altar and makeshift memorials have been set up for the lives lost, with people praying and grieving as they pass by. Meanwhile, many suffered from trauma triggered by broadcasted images of the scene, and some complained of experiencing trauma when in crowded places like subway stations as it reminded them of the crisis.

The country is still healing from the tragedy.