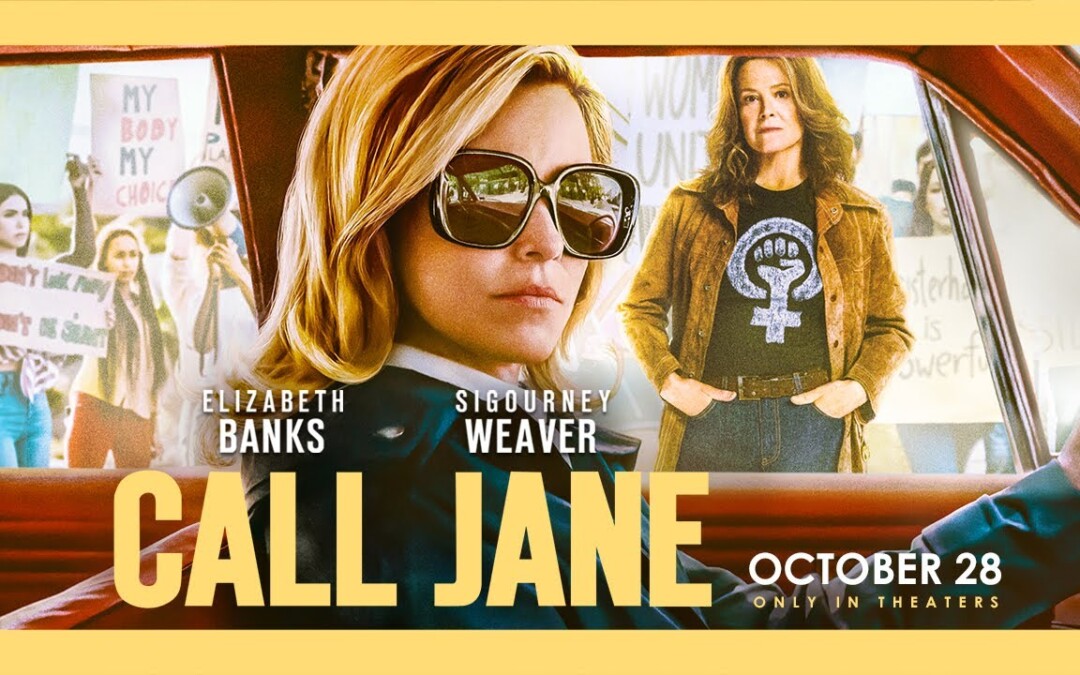 “Call Jane” by director Phyllis Nagy reimagines the true story of the Jane Collective, an underground network that had provided abortions prior to their legalization in the 1973 Roe v. Wade supreme court decision. Released in theaters on October 28, it’s a film on a subject that couldn’t be more topical following the supreme court’s far-reaching overturn of Roe v. Wade just this summer.

The movie follows the journey of suburban housewife Joy following the discovery that her pregnancy leads to a life-threatening heart condition should it not be
terminated. With abortion being criminalized in Illinois, Joy finds herself in front of her hospital’s all-male board as they shut down the life-saving termination and vote in favor of the possibility of her and her baby’s life, risking what they claim to be “only” a 50% chance of her death. Her accidental discovery of the Janes Collective, or the “Janes,” leads her to a solution and her meeting with the organization’s activists. Impassioned to action by the lively and outspoken activists around her, Joy is thrust into a world of political turmoil as she’s never had to confront before.

But “Call Jane” doesn’t lend to the grave attitude and atmosphere one might expect given its subject matter and timing. Instead, it maintains a charm and lightheartedness in its narrative that looks into a crucial piece of our nation’s past and inspires thinking about our present. It’s a feel-good heroic drama that swings from Joy’s self-realizations and family drama to discussions of the wider political landscape and intersectionality. It never quite takes the time to settle on and really discuss these other topics, which seems like a disservice to the monumental period in history it’s based on. However, the film’s laser focus on Joy’s journey lends it an approachable quality that “opens the conversation up to many people who might otherwise feel judged or challenged by the material,” exactly as Nagy had intended.

Roe v. Wade had protected all abortion before viability, or the ability of the fetus to survive outside the womb, on a federal scale. It maintained that it falls within the constitutional rights of pregnant people to decide to continue with a pregnancy or not before viability, and any restriction to that right was to be placed under the strictest of review.

The overturn of Roe in June of 2022 means the U.S. supreme court has relinquished the claim that abortion before viability is a constitutional right under the Fourteenth Amendment. Not only does this allow for individual states to enact laws that increase restrictions on abortion, but it also allows for outright bans on abortion, even in what does it mean for much of the United States to be reverting back to Joy’s circumstances in the late 60s?