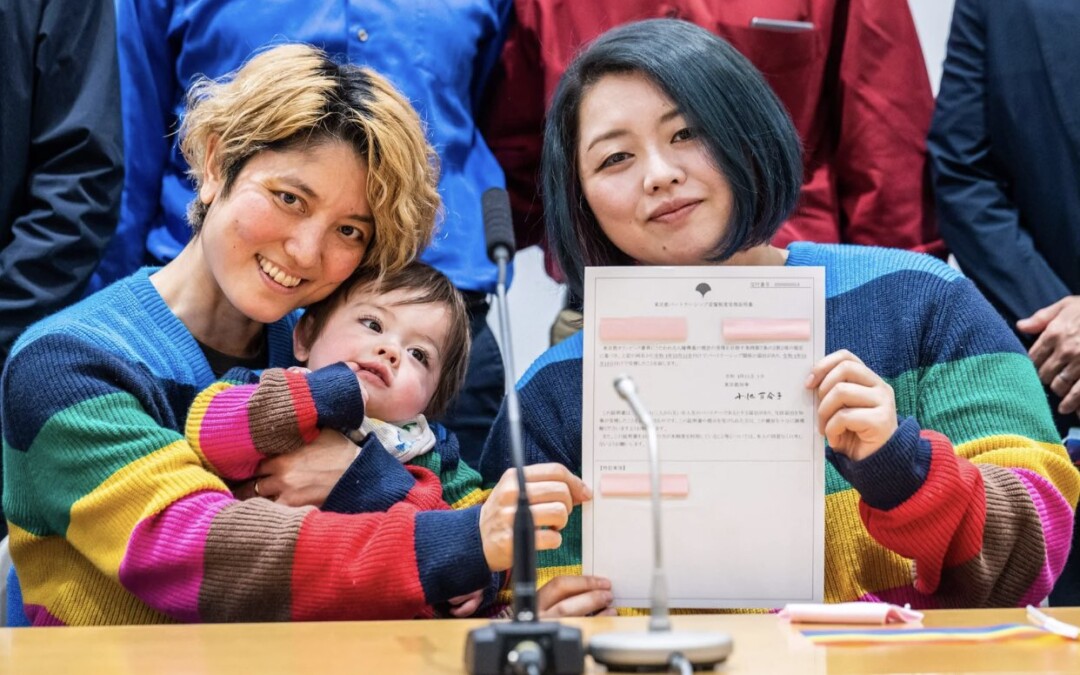 Despite its rich queer history (including, but not limited to, gay samurai and homosexual Buddhist monks), same-sex marriage is still not legalized in Japan. However, as of this week, Tokyo has begun issuing same-sex marriage certificates, officially becoming the largest municipality in Japan to do so. Nearly seven years ago, the Shibuya district was the first to recognize same-sex partnerships. Since then, approximately 200 small towns have followed suit.

Prior to this new program, many same-sex couples were barred from joint-renting apartments and visiting each other in hospitals, and other rights were provided to heterosexual couples. One woman who spoke to NBC News recalled the time in when she had to call an ambulance for her partner and was told to obtain consent from her partner’s parents. This new marriage certificate absolves that and grants same-sex couples certain rights towards applying for public housing, accessing medical information, and allowing them to be medical and auto insurance beneficiaries. However, the problem remains: The marriage certificates are not legally binding. One couple who spoke to France 24 reporters said: “We’re a couple. Me being Japanese, and him being American…So we have the issue of his inability to stay in Japan as a spouse.”3 Essentially, same-sex couples are only recognized as so in the context of municipal housing and hospice and nowhere else. But even though many municipalities within the country recognize same-sex marriage, the prospects of legalizing it looks grim. Earlier this year, a district court in Okinawa ruled that the ban on same-sex marriage was constitutional. Noboru Watanabe–a representative of the Democratic Party– called same-sex marriage “disgusting.” Despite these regressive steps, many citizens are hopeful that the recognition of same-sex marriages in Tokyo will inspire further action for the Japanese government to continue to take steps in the right direction.