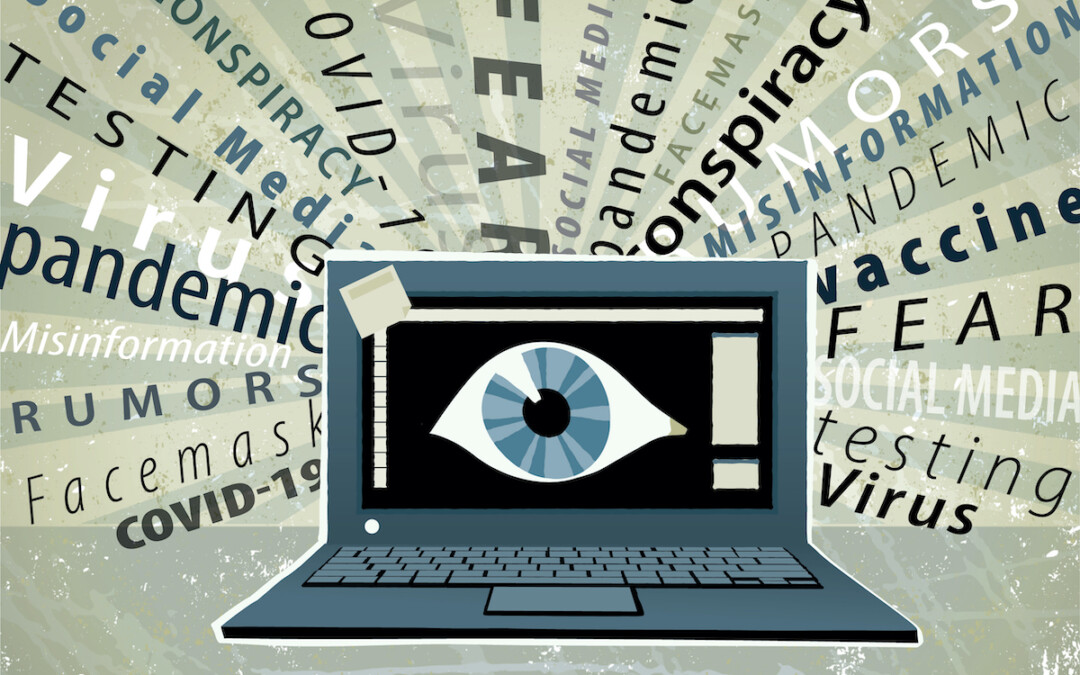 It is an undeniable fact that the last two years have been blighted by a health crisis caused by a global pandemic of the virus Covid-19 and the other variants that followed. Its wide-ranging negative impact has devastated livelihoods, health and more, with the most vulnerable and marginalized bearing the brunt of this. Impressively, the international community, entire nations, right down to neighborhoods have had to pull together in the fight against this, collectively seeking to increase resilience and build back better to ensure that there is no repeat performance. Some opportunistic populists have stepped into the breach caused by some of the chaos and confusion that ensued. Unfortunately, it has proved fertile ground for espousing their conspiracy theories.

Wikipedia describes a conspiracy theory as “an explanation for an event or situation that invokes a conspiracy by sinister and powerful groups, often political in motivation when other explanations are more probable.” Wikipedia’s definition is an excellent stepping-off point into the colorful world of conspiracy theories which, if they didn’t have such serious implications, could be viewed as verging on comically absurd. The flames of the conspiracy theorists were fanned by the renewed focus on everything being online during the pandemic. In many ways, social media and online communities are the perfect media to promote conspiracy theories with rumors quickly going viral, gaining traction, and encouraging others to jump on board the fast-moving global bandwagon. The pandemic served to inflame a pre-existing conspiracy theory in the UK with people opposing 5G networks, saying that the infrastructure was developed for an ulterior motive, other than straightforward telecommunications. The pandemic sent this rumor into overdrive with outrageous claims that 5G electromagnetic waves were responsible for spreading the coronavirus. One commentator noted that in the UK it was “spilling into criminality with a spate of arson attacks against telecom masts”  In Korea, a similarly outlandish rumor was circulating online that ‘a monster was found in a vaccine.

Under normal circumstances, it is difficult to envisage how these conspiracy theories can take hold, let alone gain traction. However, when one steps into a pandemic scenario, it is easier to comprehend how and why this can happen when reality appears to have been suspended. Concerns about the gaps in non-verified scientific knowledge and the resulting public anxiety were the optimal conditions for spreading conspiracy theories. Unfortunately, this has created a blueprint for how conspiracy theorists can manipulate their global audience, another reason why there can never be another global health crisis, or similarly catastrophic event causing creating these optimal conditions. We need to ensure that we do our homework now to fully understand these optimal conditions as this will play a key part in mitigating against a future replay. To this end, I would like to introduce a study entitled, ‘From populism to the plandemic: why populists believe in COVID-19 conspiracies’.  The ‘plandemic’ is a disparaging term used by conspiracy theories instead of ‘pandemic.’  Including the word ‘plan’ in it implies that Corona-19 was planned from the get-go, with the term originating as the title of a video released in 2020 in the United States. The research team behind this groundbreaking article predicted that populist attitudes were the cause of people being convinced by conspiracy theories. They verified this hypothesis through a survey.

The populist attitude criticizes the leading political and social elite for failing the world’s citizens at a critical time when they should be going above and beyond to serve them. The populism view is defined in simplistic terms where concepts are either black or white. There is no space in between to attribute to the nuances of a complex world in which, more often than not, there exist multiple shades of grey. During a crisis such as a pandemic, populists take advantage of a ‘perfect storm,’ and are quick to label vital political institutions such as governments and parliaments, as well as scientific fields, as being dominated by a technocratic elite. The environmental context in which highly respected epidemiologists and virologists have frequently appeared in the media has made it easy for populists to argue that the sometimes necessarily strict and abrupt government responses to protect public health in the face of a rapidly spreading were the result of backhand deals between members of the elite which were conducted behind closed doors. It is worth noting that this populist paradigm is not rooted in any one specific political ideology. Rather, it can be found on both the left and the right.

Some of the most popular conspiracy theories included the following notions: (1) The coronavirus vaccine had already been developed prior to the pandemic but was put on hold by the large pharmaceutical companies until it was deemed that it was ‘needed.’ (2) Coronavirus is a biological weapon intentionally developed to harm humans. (3) The coronavirus was accidentally released during a secret military test operation undertaken by the US military. (4) Bill Gates wants to mandate forcible vaccinations to become even richer. (5) New 5G transmission towers are responsible for the spread of coronavirus.

These statistics are concerning indeed and should set alarm bells ringing. When populism emerges at the government level, its aftermath can cause much more collateral damage than simply popularizing the latest conspiracy theories rampant. By distorting scientific facts about coronavirus and vaccines, it also harms people’s lives and safety. According to a research report on the coronavirus excess mortality rate in 42 countries, the excess mortality rate of populist governments was more than twice that of non-populist governments. This gives a clear indication of where action needs to be taken to quash the populist movements.

In essence, a plan is needed to counteract the emerging conspiracy theories as an urgent damaged limitation measure. Already, corporates and governments are acting in tandem to prevent the spread of misinformation, while signposting people towards trustworthy, credible sources. However, I would argue that an additional approach is needed as a countermeasure to strengthen the fightback. There is much-documented evidence highlighting the negative impact on people’s mental health of long periods of lockdown and the isolation that accompanied this. I think that poor mental health and collective social anxiety have fed into the conspiracy theories as people have been anchorless. Rebecca Ruiz clearly outlines this as she comments “Studies have shown that conspiracy theories appeal to people with unmet psychological needs. They crave knowledge, desire safety and security, and need to maintain positive self-esteem. Conspiracy theories, which may sometimes be true, help explain the unknown, giving people a deep sense of satisfaction. That relief, however, can be temporary. Past research shows conspiracy theories are associated with anxiety, social isolation, and negative emotions. Now a new wave of research conducted during the COVID-19 pandemic suggests a plausible connection between uncertainty, anxiety, and depression and an increased likelihood of believing conspiracy theories.”

Now is the time to change this by focusing on people’s mental health, breaking down the social isolation, rebuilding the communities and their connections so that they no longer feel rudderless. More than anything this will weaken those prevailing conditions which have promoted conspiracy theories’ promulgation. Another complementary focus is to build people’s critical thinking skills and their ability to safely navigate conversations – in-person and online – sidestepping the conspiracy theories and increasing their media literacy.