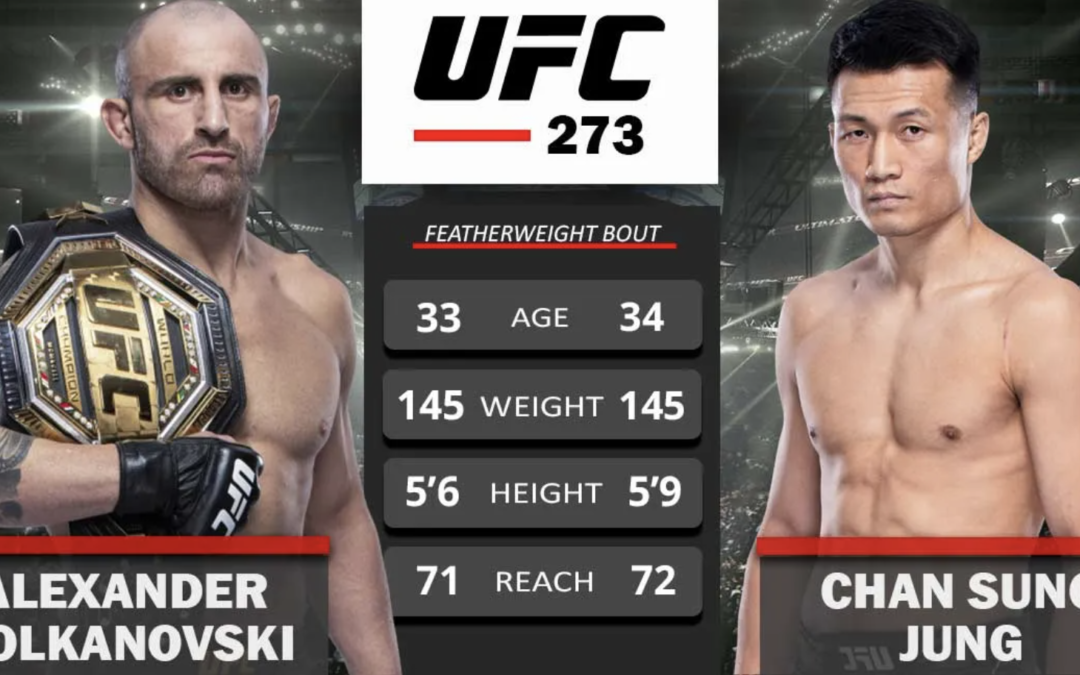 The UFC confirmed on friday that the “Korean Zombie” Chan Sung Jung will be challenging Alexander Volkanovski for the UFC featherweight champion title on April 9 in Jacksonville, Florida. 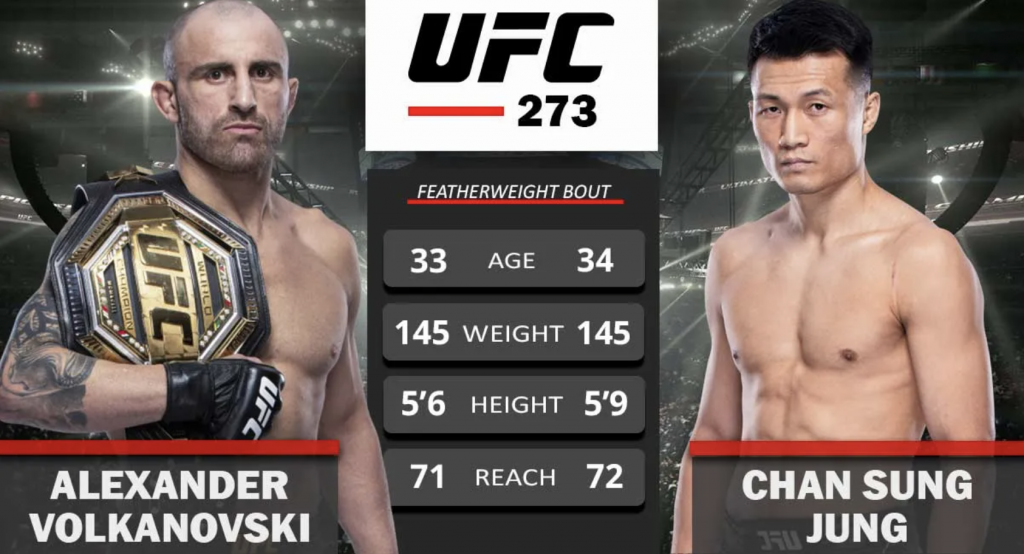 There were numerous changes made before the match was confirmed. Alexander Volkanovski was to defend his title against former champion Max Holloway. However, two days before the announcement, Holloway pulled back due to injuries. As a replacement, Volkanovski called out Jung Chan Sung who is currently ranked fourth. The fight was originally scheduled for UFC 272 in March, but was replaced by Colby Covington vs. Jorge Masvidal. Instead, Volkanovski vs. Jung will be fighting in UFC 273.

On the 13th of January, Chan Sung Jung posted on his SNS that he will bring back the first UFC champion belt for Korea.

It is Jung Chan Sung’s second attempt to win the UFC featherweight title. He challenged former champion José Aldo in August of 2013. He was the first Korean to fight for a UFC title. However, Aldo beat Jung by a fourth round TKO in UFC 163 in Janeiro.

After his loss in UFC 163, the “Korean Zombie” has fought and won against many fighters such as Dennis Bermudez, Renato Carniero, and Frankie Edgar. Finally, in June of 2021, Jung Chan Sung won against Dan Ige by a unanimous decision, becoming one final step closer to the featherweight title.

On the other hand, Volkanovski has a clean winning streak of 20 wins, including 10 UFC fights. He won the championship title in December of 2019 from former champion Max Holloway. He has already successfully defended his featherweight title twice from Holloway and Brian Ortega.

If Jung Chan Sung, the “Korean Zombie”, wins in UFC 273, he will become the first Korean UFC champion. However it is widely estimated by fans and bettors that Vlokanovski will remain as the champion after UFC 273.