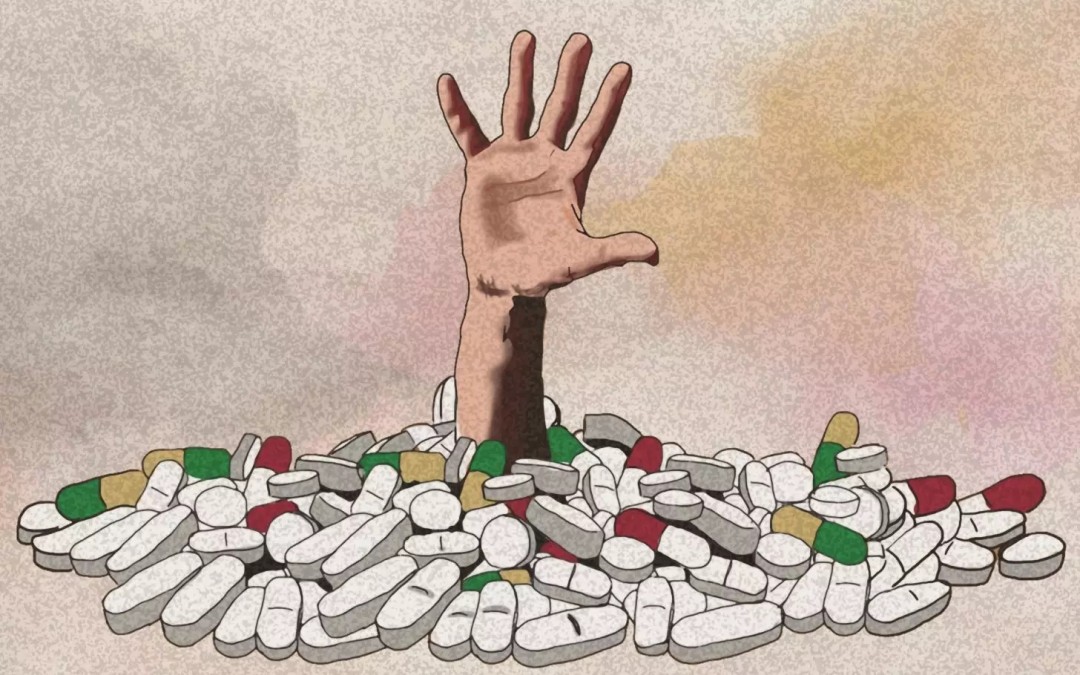 Drug overdoses had plateaued at around 70,000 deaths a year from 2017 to 2019. Then, as the first wave hit in April 2020, the total number of overdoses in the last 12 months hit a new high of 80,000 deaths, with the number only climbing higher and higher as the pandemic went on, peaking in 100,000 deaths in the period from April of 2020 to 2021 (1).    Overall, drug overdoses increased to an amount unseen after the onset of covid, and it’s unsurprising as to why. With increased mental and financial burdens, an increasingly strained healthcare system, multiple states cutting their addiction treatment programs, and disrupted access to any addiction disorder treatments, those already addicted were less able to receive necessary intervention and help. In addition, users of any drug, prescription or otherwise, also likely had disruptions in their typical legal or illicit supply chain, leading to them resorting to unclear and questionable sources to fuel addiction.    At the same time, during the pandemic, patients became more likely to receive an opioid prescription than nonpharmacologic therapy (treatments without drugs) when seeking pain relief (2). People have often also turned to alcohol, opioids, and other drugs themselves to help cope with the devastating effects of the pandemic.    With numbers spiking in 2021, urgent public health measures are needed in 2022. But, most importantly, healthcare and justice systems must recognize that substance abuse disorders are medical conditions that require medical care, not punishment. Bobby Mukkamala, the board chair of the American Medical Association (AMA), as well as many other experts and studies on the topic (3, 4, 5), comment that changes in the legal system are necessary both in resolving the country’s current opioid crisis as well as the prevention of another one.    The removal of barriers to evidence-based treatment for substance abuse disorders, prohibition of health insurance companies using administrative tactics to delay and deny care to those with substance abuse disorders, and expansion of states’ Good Samaritan statutes to provide civil and criminal immunities for anyone who calls for help during or experiencing an overdose are all steps states can take to combat addiction and overdose.   The legalization of drug-checking supplies/strips and removal of the “prescription-only” status on life-saving Naloxone would also be a cost-effective and safe solution to avoid misuse on the part of those who use substances medically or nonmedically.  The opioid crisis is just another one of many issues that the pandemic has only served to exacerbate. Governments and all sorts of organizations alike have responded; Massachusetts became the first state to sue OxyContin maker Purdue Pharma for the role they played in the opioid crisis, with the resolution guaranteeing full public disclosure, $4.3 Billion for prevention, treatment, and recovery programs, as well as the permanent ban of the Sacklers behind the pharmaceutical company from the opioid business (4). While the opioid crisis is certainly far from over, there are concrete steps that can be taken to prevent anything of the same nature from happening ever again. But especially with both the COVID pandemic and the opioid crisis on hand, only time would tell of the final outcomes.