The Spreading Tentacles of Squid Game

Squid game. Who hasn’t heard of the show at this point? It premiered on netflix on September 17, 2021, and instantly shot to fame, reaching number one in over 90 countries-including the United States. The eye-catching drama about battle royale style games originating from Korean culture kept the whole world gripping their seats with excitement. However, the 111 million watches on Squid Game might have bigger effects than you previously thought.

Starting off with the actors, their respective instagram pages all gained followers at an incredible pace. Most of these actors were not famous in the acting scene before squid game but found themselves with sudden and impressive support. Actors like Anupam Tripathi-who played the lovable Ali, a Pakistani immigrant worker in squid game, received a 2 million follower jump after the debut of the show. Now, it has even surpassed 4 million. Other actors within the show like Heo Sung-tae or Kim Joo-ryoung were mobbed with the support of a million people on instagram, even though they were completely unknown actors before the show. And these are only the side characters. Main characters like HoYeon Jung, the heroness, were actually given modelling contracts with big names like Louis Vuitton. She already was a popular model before, but Louis Vuitton is a gigantic step in the right direction. Additionally, she has reached 23 million followers now on instagram. All these incredible rises in popularity and opportunities for each actor/actress have stemmed from the voluminous interest in squid game. 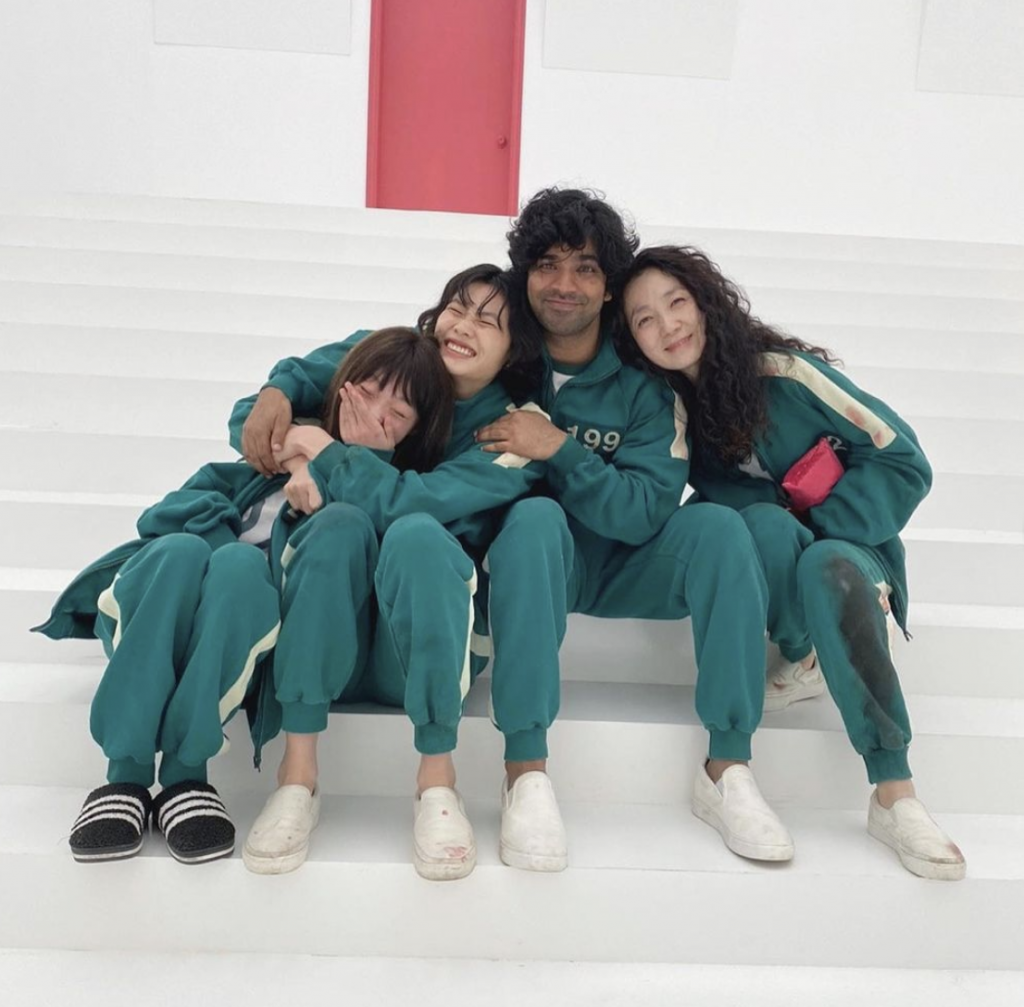 Not only have the actors been given boosts, but the sheer popularity of squid game has also affected the clothing industry. The teal green tracksuit combined with black masks and white shoes have become the ubiquitous style of squid game, and the unusual dress mixed with the show’s insane recognition has caused some surprising results. According to a Lyst speaker, the online shopping platform, “global searches for retro-inspired tracksuits, white slip-on sneakers, red boiler suits and white numbered T-shirts have all spiked.” Even vans received their own boost of sales due to the interest of the white shoes demonstrated within the show. And speaking of companies and sales, Netflix stock has actually reached new records after the release of Squid Game. Seems like Squid Game has not only hooked the viewers but the investors as well, an incredible feat for a simple show.

The popularity of this new dystopian drama on Netflix is no small deal. Squid game has now become so astronomically popular that even previously unknown actors, after being shown in the netflix special, have reached millions of followers on instagram. Just because Squid Game has a specific style of clothing, the fashion industry found itself with an interest for that kind of style. Even Netflix has reached new heights thanks to this show people all over the world have come to enjoy. A show with such widespread influence and popularity only comes once in a lifetime, and Squid Game is that show.