Inside Out: The Challenge of Violence in Latin American Prisons 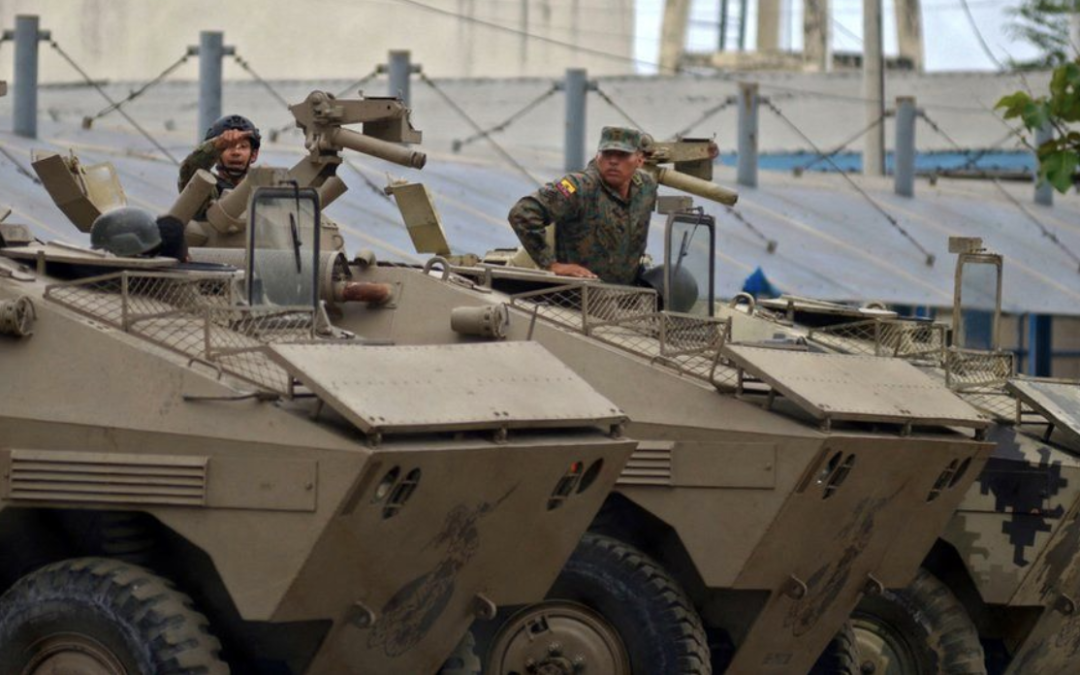 On November 13th, another prison riot broke out in Guayaquil, the second largest city in Ecuador. Nearly 300 inmates have died this year in Ecuadorian Prison, and beginning in September, gang-related violence has quickly emerged. Prison riots in Ecuador have been frequent recently, which is a miniature of the challenges faced by Latin American penitentiary systems. 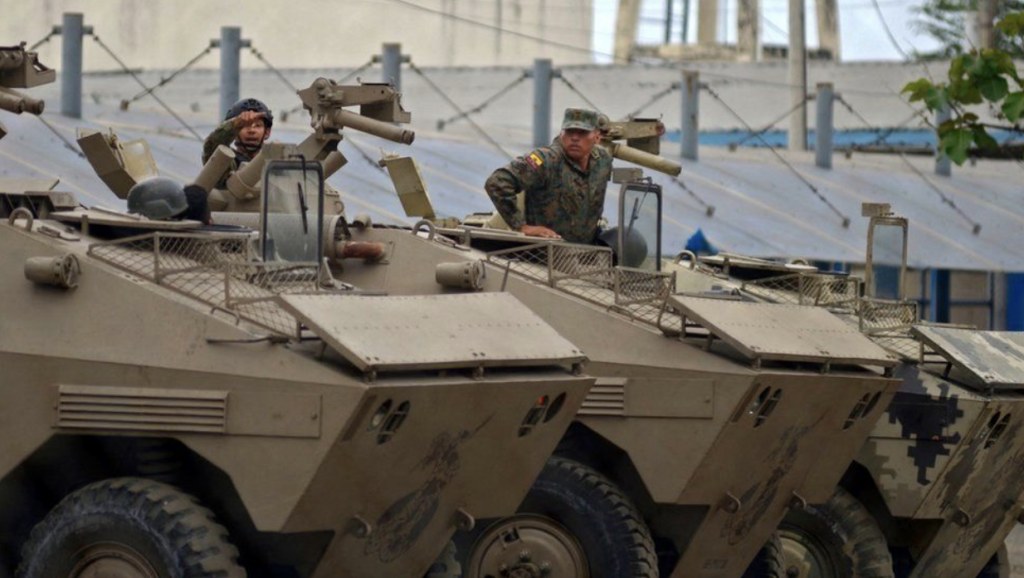 <Soldiers in armoured vehicles near the perimeter of Litoral Penitentiary>

According to ABC News, the prison riot took place in Litoral Penitentiary in the southern Ecuadorian city of Guayaquil: it started on the evening of November 12th and lasted for nearly 8 hours until morning of the 13th. The local government stated that this riot is related to gang wars between international drug cartels. Videos on social media showed that there were dead bodies on the ground, some of which had been burned and the number of casualties is still on the rise. Pablo Arosemena, the governor of Guayas Province, where Guayaquil is the provincial capital of, said on the 13th that the riots were triggered by power vacuum after the release of a gang leader. He said, “After the crime boss was released a few days ago, the prison where he was in fell into chaos. Different gangs in other cell areas wanted to suppress the gang and tried to break in and carry out the massacre in Prison 2.” He said. The prisoners also tried to blow up a wall to enter Prison 2 to carry out the massacre. The Ecuadorian government has sent 900 police officers to quell the riot.

The Litoral Penitentiary is the most crowded prison in Ecuador. It was designed to accommodate 5,000 people, but actually accommodates more than 9,000 prisoners. According to the Washington Post, the worst prison riot in the nation’s history occurred on September 28 this year. Prisoners attacked each other with guns, grenades and knives. At least 116 people were killed with five beheaded and 80 people injured. Violent clashes broke out in other prisons in Ecuador in February and July this year, killing 79 and 22 people respectively. More than 300 people have died in prison clashes in Ecuador in 2021.

In addition to overcrowding, prison inmates in Latin America are usually “well-equipped”. CNN reported on the 14th that in Guayaquil prison, prisoners have automatic firearms and hand grenades. Prison guards told CNN they are worried that more and more criminals with weapons ranging from machetes to explosives will be detained. These weapons and ammunition are usually smuggled to prisoners by vehicles carrying prison supplies, sometimes even by drones.

After the riots, the families of the prisoners gathered outside the Litoral Penitentiary. “Enough is enough! When will they stop the killing? This is a prison, not a slaughterhouse.” said Francesca, whose brother has been in this prison for 8 months lives a life worse than death. . Some even called the Ecuadorian military to bring these prisons under control. However, the Supreme Court of Ecuador prohibited the army from entering the prison, so when the  Litoral Penitentiary riot occurred, although the security forces arrived, they could only guard outside the prison as backup forces.

Recently, there have been many riots in the prisons of Latin American countries. This May, a riot broke out in a Brazilian prison that killed 40 people. In June, a riot broke out in a prison near the capital of Paraguay, killing 10 prisoners and wounding another 10 others. The fighting between gang forces in Latin American prisons is an important reason for the frequent riots and murders in prisons. According to an investigation by the Brazilian Ministry of Justice, inmates in various prisons across the country are mainly from 25 gangs and frequently engage in hostile activities with members of opposing gangs.

Up to now, the United Nations has repeatedly criticized Latin American prisons, accusing them of violence and poor detention conditions in Latin American prisons. Other problems include overcrowding, lack of basic services such as adequate floor space, drinking water, food, and medical care. Judicial delays and excessive use of pre-trial detention have further exacerbated the already poor imprisonment situation. Both the judicial and the prison system of Latin America are in dire need of reform.