Recently, the rapper Travis Scott is undergoing fire, as extreme events took place at his Astroworld concert in Houston on Friday, November 5th 2021.

Chaos struck for what seemed to be a music festival that led to heartbreaking deaths of eight people, including a fourteen year old, and injuries of over 100 people. The following Wednesday, a twenty-two  year old college student passed away, adding to the toll as a total of nine deaths. “The crowd below the stage surged with over thousands of bodies crushing against each other and cardiac arrests in the Friday Night Houston festival. Attendees were completely trampled and unable to breathe. All hell broke loose as people noticed the lifeless bodies and screamed for help, only to be overpowered by the music.

Those rushed to the hospital were unconscious, suffering from cardiac arrests, and even dead. 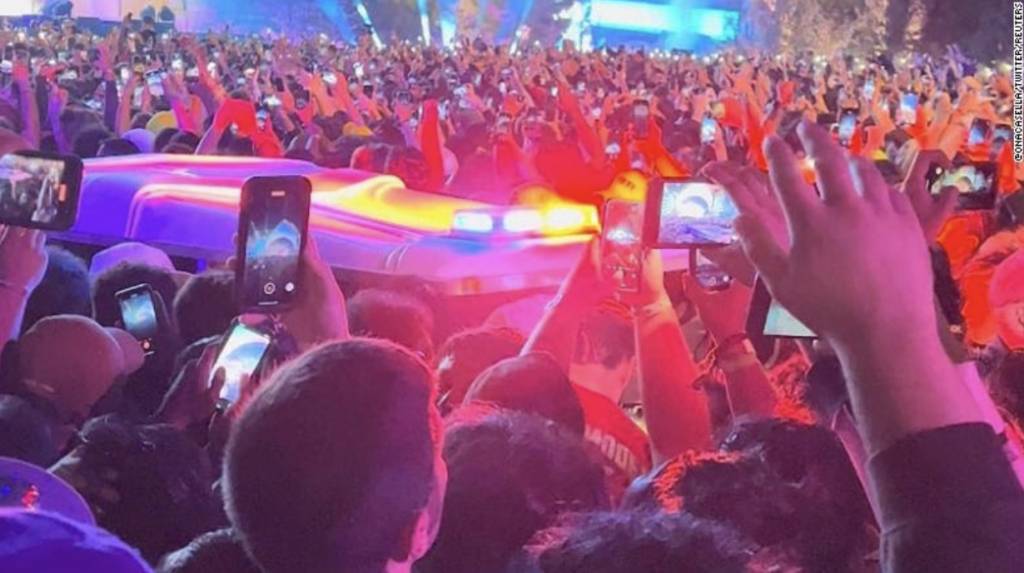 “I picked some kid up and his eyes rolled to the back of his head, I checked his pulse. I knew he was dead.” reported Billy Nasser, a concert attendee.

Even after a week later, Houston police and narcotics are still heavily involved in investigating the incident, as illegal substances became an impact that led to the event.

Scott went on to Twitter and said that he is “absolutely devastated,” and sends his prayers to those and families impacted by this event. He plans for his reparations to refund to all those of ticket- holders and to fully pay for the funerals of those who tragically died. As Scott has almost a total of fifty lawsuits charged against him, his career is spiraling off the charts, for he was to cancel multiple upcoming events and performances due to this occurrence.