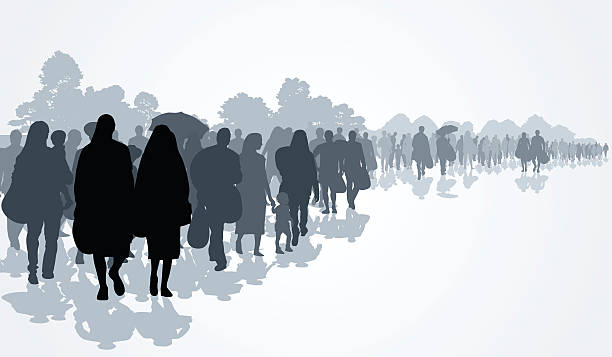 Seeking asylum within the United States is a complex and arduous process, which is not only handled as a civil procedural matter but can also be perceived as a criminal act depending on the particular circumstance of the asylum seeker. The process became increasingly more complicated with harsher enforcement under growing anti-immigration sentiment during the Trump administration. While the election of Joe Biden as the U.S. President suggests more humane treatment of illegal immigrants who may seek asylum, controversial acts directed at migrants dating as far back as the Bush administration must be reassessed. In addition, the attempt to fulfill campaign promises while trying to manage the inevitable surge of migrants at the southern border has become a critical and unavoidable challenge for the new administration.

To begin with, there are the contextual discrepancies between U.S. policies and international norms regarding the asylum process. Under international law, an asylee may invoke asylum protection to avoid persecution in their country of origin. The United States guarantees asylees a right to a fair hearing as long as they assert a claim within a year of entry. The asylee must satisfy the credible fear standard and prove that they are in a fear of great physical harm if they return to their country of origin. On the other hand, political realities often result in not allowing many to even make a necessary claim. When an asylee enters the United States unlawfully, the Department of Justice initiates the removal proceeding, which then may assert an asylum claim to defend against the proceeding. Then the asylum officer determines whether the standard is met or not; if it turns out that the standard is not satisfied, then the removal proceeding will continue which may lead to deportation. The deportation occurs when the credible fear standard is not satisfied. If satisfied, then the removal proceedings continue which the asylee can further justify the granting of asylum. However, many cannot afford to hire court-appointed counsel which makes it more difficult for them to successfully present their case before the immigration court. If an asylee is denied asylum, the decision can be appealed, while it may take several years before the appeal is finalized and the decision to be changed.

During the Trump administration, the changes made in immigration enforcement and the asylum process made it even harder for the asylees to obtain asylum. One of the main policies was the zero-tolerance policy: this resulted in separation of children from their parents.

As the administration switched, immigration policies are again in a process of restructuring to accept more asylum seekers and refugees, particularly about family separation. However, it is highly unlikely to reunite all children who were separated.

As the United States is fighting pandemic economically as well as in health perspectives, it should take at least about a few months to fully implement, or even  years. What I believe is that other than finding ways to support asylum seekers by improving the facilities and accepting more in numbers, the Biden administration should communicate with the foreign governments regarding the causes of immigration, such as confronting the instability, violence, and economic insecurity. As there is a limit in number accepting the asylees, resolving these issues in central and south americas would also help.