France Attacks: What is the Solution for Illegal Immigrants?

In the past month, there has been much going on within the country. In addition to Covid-19, France has found troubles much beyond this current pandemic. On October 16, while Samuel Paty was beheaded near his school. It was later discovered that an 18-year old was responsible for the killing. There have also been statements that the killing is directly linked with an “online campaign” that involved targeting Samuel for a video of a cartoon version of the Prophet. On the other hand, while this act might seem extreme to many, the “Islamic tradition forbids images of Muhammad,” which means a cartoon version would only be viewed as disrespect and violation of the Islamic belief (France teacher). 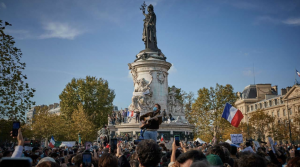 A few weeks afterward, another attack took place in the city of Nice, which killed three and injured several. Regarding all of the incidences, the president of France, Emmanuel Macron, states that France “is not going to give in to any terror.”  Macron ensures the French public that stricter protection would be launched around schools and places of worship. The interior minister said that “France is engaged in a ‘war against Islamist ideology.”

Looking at the attackers in the two incidences, one of them was an illegal immigrant who entered the “European Union by boat  via the Italian island of Lampedusa.” The other was an “18-year old Chechen refugee with residence status.” (Mallet) The French government has been saying that they would tighten their control of illegal immigrants who enter France. The European Union internal affairs commissioner expresses that “migrants with no right to stay in the European Union should be returned more quickly to their countries of origin.” Nevertheless, I don’t think this could not be a permanent solution. Instead, publicly alarming the illegal immigrants by “threatening” to ask them to return to their native land is only going to enrage them and potentially result in more attacks. Instead, a long-term solution for this problem would be to improve the economies of countries in proximity, since the only reason for the coming of illegal immigrants is that they are unable to sustain their lives under the economic situations in their native countries. However, if high-income countries can help improve the standards of living of people in lower-income countries, the situation of illegal immigrants would disappear. From my perspective, this could be a double win for countries on both sides because this aid could be achieved through the increase of trade and interaction; countries in need would be helped, and high-income countries could purchase products that they need.