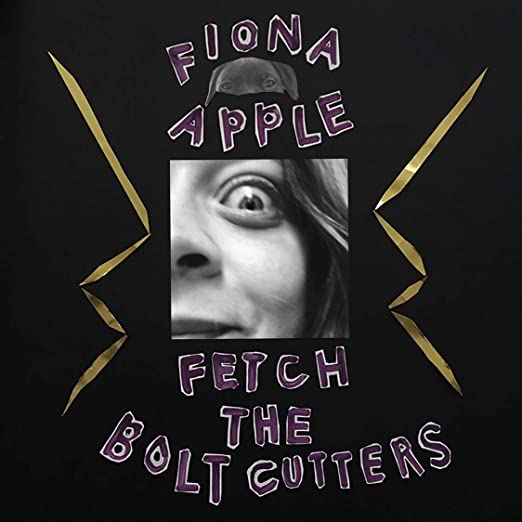 8 years after her last release, singer-songwriter Fiona Apple released her 5th studio album “Fetch the Bolt Cutters” in April 2020. The 13-track alternative album has received tremendous praise for its unique style, vocals, and traumatic themes and it holds the second highest metacritic rating of all time. Now, critics and fans predict it may be nominated for Album of the year at the Grammy Awards. Eight-time nominee and one-time winner, Apple is no stranger to the Grammy awards, critical acclaim, or public criticism.

Apple’s career began in the late 90s, with the release of her first album “Tidal” with breakout song, “Criminal”, which would go on to sell 2.7 million copies. At only 17, with one debut album, Apple was nominated for Best New Artist, Best Rock Song (Criminal), and Best Female Rock Vocal Performance (Criminal), winning in the latter category. 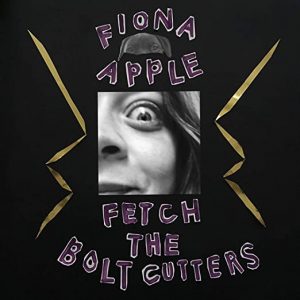 At this time, in the era before the #Me Too movement, Apple was one of few female artists speaking on sexual violence. Herlyrical expression of sexuality and associated trauma attracted many fans who could relate; yet these themes also made her susceptible to criticism from the male-dominated rock culture.

From 1999 to 2012, Apple released 3 more albums, “When the pawn…”, “Extraordinary Machine”, and “The idler wheel…”, garnering more grammy award nominations in alternative, rock, and pop categories. With this widespread recognition Apple became known for her ‘straight from the diary,’ strikingly raw approach. As she is the sole writer credited on each of her 5 albums, her songwriting has been compared to the greats, like Bob Dylan and Joni Mitchell.

“Fetch the Bolt Cutters” is no departure from her earlier records; in reality, it is her best record so far. This new album displays her signature style with additional maturity and emotional lyrics that tackle patriarchal tropes, gender norms, and sexual assault.

Track one– “I Want You To Love Me” is a song of longing for reciprocal affection, as it demonstrates Apple’s raspy, unfiltered vocals. On track two, “Shameika”, the true tone of this album is expressed, with unconventional percussion that extends through most tracks. Apple recalls her experiences being bullied as a child, when one girl named Shameika, told her she had potential. On the track, Apple croons “Shameika said I had potential,” as this album proves, Shameika was right. 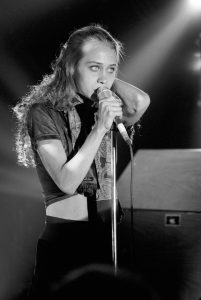 (Image via The New Yorker)

The title track explores an overall theme in all of Apple’s music, breaking out of spaces, breaking against society’s rules. Against overlapping vocals and dogs barking, part of the track sounds like a spoken word performance rather than a song.

Apple’s vocal talent and range is clear in track four – “Under The Table”; a track fueled by the power in her voice alone. The song begins with soft vocals, an acapella intro, and soft percussion, but the tone builds and Apple’s voice increases in power as the instruments match her emotion.

“Ladies”, my personal favorite, is a slower ballad about a series of women connected by their trauma from one man. Apple takes on the persona of an objectifying man as she cooly sings “Ladies Ladies Ladies Ladies.”

“Heavy Balloon” is one of the lyrical highlights of “Fetch the Bolt Cutters”. A heavy balloon, as opposed to a regular floating balloon, is a metaphor for lifelong depression. Apple compares herself to objects, to vegetables: “I climb like peas and beans;” a metaphor for her growth that will always be grounded.

The most notable track, perhaps, is “Cosmonauts”. With catchy percussion, she uses her vocal inflections to whisper, to yell, and to belt throughout the song. Cosmonauts are a metaphor for two people in a relationship and how they move through life together, like moving through space. As they move together, they gain more gravity and more weight in their relationship, but they become more grounded.

Pitchfork critics rated it 10/10, the best new music right now. Rolling Stones called it the “best work of her career,” the New York Times published several highly favorable reviews, the New Yorker praised her “radical sensitivity,” and Metacritic gave it one of the highest ratings of all time, 98/100.

Nominations for the 2021 Grammy Awards were announced on November 24, 2020, and the “Fetch the Bolt Cutters” was nominated for Best Alternative Music Album of Year. Fiona Apple may win her second Grammy Award.