“Criminals” and The Presidential Pardon 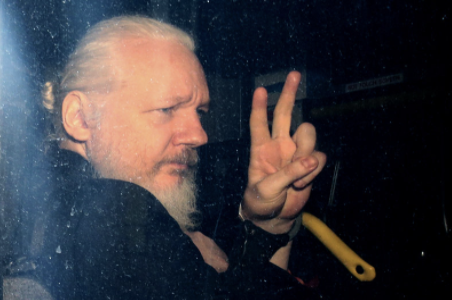 Often in the criminal justice system of the US, there are special circumstances in which the president reserves the right to issue a pardon. A federal pardon in the United States is the action of the President in which he/she completely sets aside punishments for a federal crime. The authority for this action is protected by Article II, Section 2, Clause 1 of the U.S. Constitution. Historically, the pardon has been much more popular with past presidents such as Truman and Roosevelt, both exceeding over 1,300 in their terms; compared to the more recent 62 from Obama and 99 from Bush. Still, this remains one of the most powerful, controversial, and fragil responsibilities that the U.S. President is given.

Possibly the most famous pardon was granted by Gerald Ford to give his predecessor, a full and unconditional pardon for any crimes he may have committed, while in office, following the Watergate Scandal. Recently, on August 18th, 2020 President Trump posthumously pardoned Susan B. Anthony, on the centennial ratification of the 19th Amendment. Pardoning someone after their death is done on principle, often to define a new political climate, In the country, broadening the extent to which this power can be used.

With the inherent polarizing power that action can hold, there are many current petitions and debates for specific pardons. Edward Snowden is a common name when the presidential pardon is of discussion. Snowden was a former NSA and CIA agent who shared US intelligence documents with journalists to expose privacy issues, in reference to mass surveillance. Currently Snowden is seeking asylum in Russia and is still exposed with up to 30 years in prison, if he returns to the U.S. Many believe that Snowden is a national hero and whistleblowers should be protected. However, it is not up to the individual to decide what puts the public at risk. Validating the case of Snowden would encourage the individual to ‘speak out’ on what they deem to be injustice within the government, which, of course, is subjective. Snowden claims he will come back to the U.S, with the promise of one condition, a fair trial. This is unlikely, due to the ‘classified information’ that this case involves. Which is a driving force in the argument that Snowden does not deserve a pardon, that his rash actions could have put the country in danger.

Julian Assange, the founder of WikiLeaks, is another name that is at the justice of the presidential pardon. Assange, who was originally an Australian editor, publisher, and activist created this website in 2006. Aimed to create transparency, mending the gap between governments and the people. Assange now faces 18 criminal charges of conspiring to hack pentagon computers. At this point, If he is extradited to the U.S. he could face up to 175 years, in prison. The question of if he is an advocate for free speech, helping to keep democracy democratic or if he is a terrorist, exposing secrets, is at the core of this debate. Similar to the Snowden Case, the government would appear incompetent if they supported the exposing their ‘sensitive’ information, which was compromised at the hands of a self proclaimed activist. Due to this the U.S now finds themselves with multifaceted conflicts of interests, concerning their response.

The gap between the government and the people, mentioned earlier, is responsible for much of this debate. We must question the necessity for these forms of ‘whistling blowing’. The secrets exposed that have been proven to be directly against the core values of the U.N are the exact reason they exist. Yet, they are contested in an ‘unjust’ way because there is simply no alternative, in the view of a strong political power. If neither Assange or Snowden carried out their missions our lives would have been twisted in these given government plots, without our knowledge. Knowledge is the only thing we have to protect ourselves as citizens and the secrecy of these, is an injustice. This border of knowledge- what is classified and what is not- defines the border between the government and the people. Classification within the government erodes the process of checks and balances. The value of classified information is of precedence however, these cases must be looked at situationally, dissecting the intent and outcome, in a fair and semi public trial. Snowden and Assange exposed information that was of direct threat to the people and if this information was hidden then this should be viewed as a fault of the government, on multiple levels. The condemning of these two sends a message of fear. If this is how heroes of intelligence are treated then why would anyone else want to come forward? This government reaction and neglect should be frightening. Donald Trump’s alleged offering of a pardon to Assange if he denied Russia a link to hack is manipulation by the government furthering this unhealthy one sided gap. The simple need for these ‘exposing fiascos’ describes their purpose, in itself.

Whose voice is even heard here? Prominent voices are constantly being silenced and altered at the hands of the government system, for multiple reasons. For example,  Ross Ulbricht, creator of the Silk Road is currently serving the double life + 40 year sentence. Nobody in association with his site received more than 10 years in prison. He created a site based on privacy and free will, people could simply do as they chose. This unfair trail was condemned by the likes of Gary Johnson, Neil Franklin, and Thomas Massie and yet there has been no rectification. Ross’ article on Incentive-Based Criminal Justice Reform describes the ways in which criminal’s voices are taken at the liberty of the justice system. Ross’ extreme example affects us all on a smaller scale. Information, at its core, is our tool to form opinionated thoughts and without this information there is a manipulation, by the withholder or alterer.  Now it may be conceivable to think that the presidential pardon should be brought to a larger scale or court in a system of true checks and balances, to prevent abuse and protect transparency?