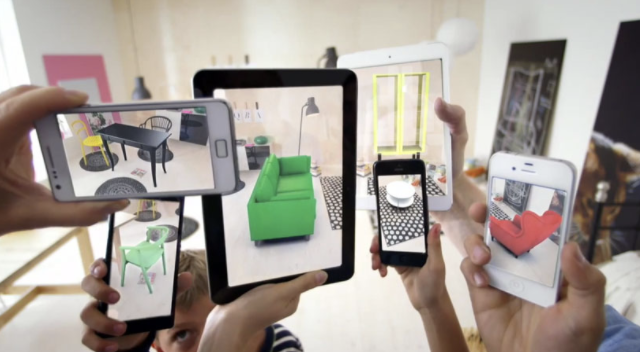 Over the last 50 years, augmented reality has taken many shapes. With the rise of new-gen consoles and fancy AR headsets, AR has become more and more common within our everyday lives, with applications such Snapchat pioneering the use of face-augmentation. The COVID-19 Pandemic has hastened the search for an alternative to in person work and education has led to the increased use of technologies, which has brought AR to the forefront. Businesses are using them to train employees, and schools are starting to use them to bring the classroom to their students.

Video game creator Niantic released Pokemon GO in 2016, and has influenced apps such as Minecraft Earth and Jurassic World Alive. It used phone cameras to “show” Pokemon in the real world. As a result of its success, Pokemon GO brought AR to the mainstream. Before games like Pokemon GO, messenger apps such as Snapchat and Instagram had used it for limited integration, such as facial modification for images. 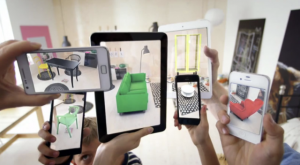 The future of AR looks bright. Tech giants such as Microsoft are developing applications and devices that would bring new ideas and adaptations for the technology. The Microsoft Hololens, for example, is smart glasses that allows for on-the-go use with voice commands and hand gestures. This could potentially decrease phone dependency.

However, as with any technology, there are also downsides. There have been privacy concerns with AR, especially with a camera always on. Many believe that this could lead to hackers stealing valuable information. There is also the concern of real-time recording and analyzing. If a person is out in public, and the AR that they have has the ability to recognize and identify a person’s face, it could lead to personal information being revealed to strangers, and mass surveillance. Outside of privacy, there is also the concern of reduction of attention in the real world. Some users of Pokemon GO for example, have wandered into restricted areas, and have gotten into car crashes while distracted by their phone.

While these concerns must be addressed, I believe that AR is a worthwhile technology that should be invested in. It has the potential to make our lives much easier, allowing for more ease of access to technology then ever.