After 3 years, The UK is Finally Due to Leave the EU 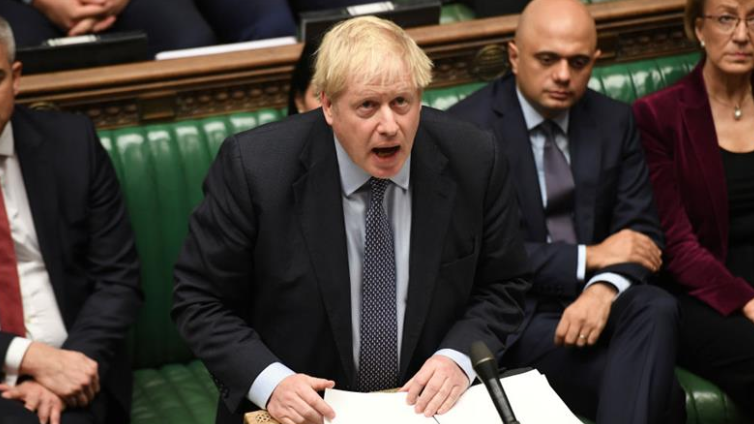 When Brexit was first introduced to the United Kingdom’s public during June of 2016, it was met with a roar of public outcry. Concerns were primarily centered around the question of the Irish border’s status – more specifically – the implications that Brexit might impose upon Ireland’s economy and citizens.

Ever since the United Kingdom became an official nation in the European Union (EU) in 1973, it has maintained its integrity of open borders and free trade within the EU. Trade among EU-member countries can move freely through UK borders with no enforced tariffs, and those who own an EU passport can easily travel within most of Europe without the requirement of travel Visas.

However, this special arrangement between the United Kingdom and the EU was under severe threat when many pushed the British Parliament to vote for the UK to withdraw from the EU, due to rising concerns over trade regulations and immigration. After three years of continuous deadlock, Brexit negotiations have finally come to an end as the current prime minister of the UK, Boris Johnson, has successfully passed new Brexit proposals in Parliament which are due to go into effect on January 31st, 2020.

In order to understand the complexity which surrounds the Brexit proposals and why the issue of the Irish border has been such a major concern among Parliament members, Ireland and the UK’s history must be traced back centuries.

During the 19th century, British-colonized Ireland was engaged in a fierce inter-state conflict. Half of Irish residents who sought for the British’s departure from the island were mainly Catholic, demanded independence from colonists, and were called ‘Nationalists’. On the other hand, half of the residents – who identified as British, Protestant, and ‘Unionists’ – wanted the British to remain. Thus, the island was divided into 2 states – one of which was The Republic of Ireland, where nationalists resided – and the other state as Northern Island, which soon merged to become a part of the UK. Following this partition were decades of on-and-off conflict between the two nations, which led to a closed, hard border dividing the island. It wasn’t until 1998 when a compromise was finally achieved between the Unionist and Nationalist party leaders, called the Good Friday Agreement. This agreement allows for anyone residing within the island to be eligible for UK and Irish citizenship, and entertains the possibility that Northern Island could vote to reunite with The Republic of Ireland anytime in the future. Thus, the strict regulations upon the border separating the two politically-different states were obliterated, allowing people and goods to freely travel across the border.

However, the Good Friday Agreement and the peace between the two nations were put under severe threat when the UK voted to disband from the EU in June of 2016. Polls conducted in Northern Ireland discovered that up to 56% of residents wanted the UK to remain in the EU, which greatly conflicted with public opinion in England. The Irish border became one of the most significant obstructions in the advancement of Brexit proposals.

The British Parliament entertained several possible solutions that strive for the progression of Brexit, while still maintaining the Irish Border’s integrity. The first solution consisted of reimposing a restricted border between Northern Ireland and The Republic of Ireland, which would revert back to thorough security checkpoints for goods and people. However, it would isolate the population of Irish Nationalists who reside in Northern Ireland from The Republic of Ireland. The second solution was based upon the idea that Northern Ireland would remain within the EU Customs Union. However, this would mean that Northern Ireland will be isolated from England, which would betray the Northern Ireland Unionists. Theresa May – the former MP of the UK – have criticized these two solutions in the British Parliament, viewing them as significant violations of the Good Friday Agreement.

With the failure of these two solutions, many entertained the possibility of reunification between Northern Ireland and The Republic of Ireland. That would give Northern Ireland a chance to assert control over its own borders and trading policies, without having to act under the UK’s policies. Although reunification may allow Northern Ireland to have its own voice in Europe, many were quick to point out that reunification would also mean an overwhelming victory for the Irish Nationalists – an idea stemming from conflict dating back centuries.

Due to the concern over the status of the Irish border, UK politicians have spent years lobbying for different solutions in Parliament – with no solution offering sufficient-enough results for those living within Ireland’s borders and the Good Friday Agreement. In the past, Theresa May – the former prime minister of the UK – has attempted to provide a solution called the ‘Irish backstop’, which was designed to ensure that Northern Ireland and the Republic of Ireland would not be separated by a hard border. However, her proposals were met with wide criticism from Parliament members, who argued that the backstop could hinder the UK from striking more trade deals from other countries.

After Theresa May’s departure, Boris Johnson introduced revised Brexit proposals which state that the entirety of the UK will leave the EU, leading to the implementation of a heavily-regulated border between the two Irish states. Though not a perfect solution to the issue concerning Ireland, recent voting on the Withdrawal Agreement Bill passed with a majority in Parliament, advancing Brexit negotiations forward. The UK is now officially set to leave the EU by the end of the month.

With no perfect solution to the status of the Irish border during and after Brexit, scrutiny against the new proposal continue among UK politicians, who argue over whether the UK should leave the EU at all. It could present many possible adverse effects upon the integrity of the Good Friday Agreement, the lives of those living within Northern Ireland and The Republic of Ireland, as well as the two nations’ economy and politics.