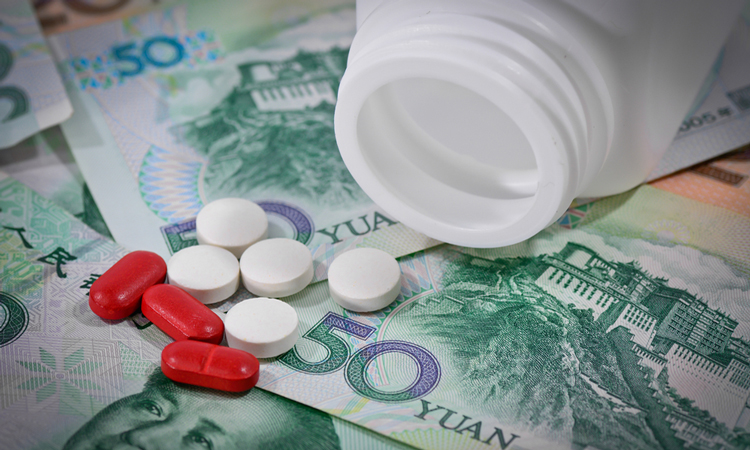 This week, several American pharmaceutical companies including AstraZeneca, Johnson & Johnson, AbbVie, and Gilead struck a deal with the Chinese government, agreeing to cut prices on about 70 of their new drugs in exchange for coverage on the Chinese national medical insurance program.

The introduction of new American treatments is bad news for Chinese drug manufacturers, who now have to compete with cheaper American drugs for a position on the national coverage list. Share prices of several prominent Chinese drug companies including CSPC Pharmaceutical Group Ltd. and Innovent Biologics Inc. dropped on the news.

While their addition to the list was good news for American drug companies, share prices did not reflect a significant change. Shares of AstraZeneca (AZN), Gilead (GILD), AbbVie (ABBV), and Johnson & Johnson (JNJ) we’re relatively flat on the news.

Drug prices for the American companies were discounted by an average of 61%. The Chinese people will gain access to more than 70 drugs from these American companies, adding to the list of approximately 2,700 drugs covered by the national health insurance program.

Additionally, the American pharmaceutical companies will gain access to China’s $132 billion pharmaceutical market. Since 2016, China has been steadily expanding the list of drugs covered by national health insurance to include imported novel drugs and potential treatments for diabetes, cancer, and diseases associated with old age. The addition of new American drugs at discounted prices will be very attractive to the Chinese consumer looking for innovative treatments.

As China’s population gets older and older, innovative new drugs seem to be getting more attractive to the Chinese consumer, and the national health insurance list continues to expand to cover these drugs.

The sharp discount given to the Chinese government will likely continue to push down domestic drug prices in China as Chinese companies try to compete with increasingly available cheap American drugs. While prices for the same drugs are relatively high in the U.S., it remains to be seen how the American consumer will react to drug prices sliding internationally.

Overall, the introduction of American drugs to the Chinese pharmaceutical market, albeit at artificially lowered prices, will likely be a force towards more equal drug prices around the world, and may even be a catalyst for great reductions in drug prices brought on by fierce international competition.