NBA Incident with China: Double Standards or Not? 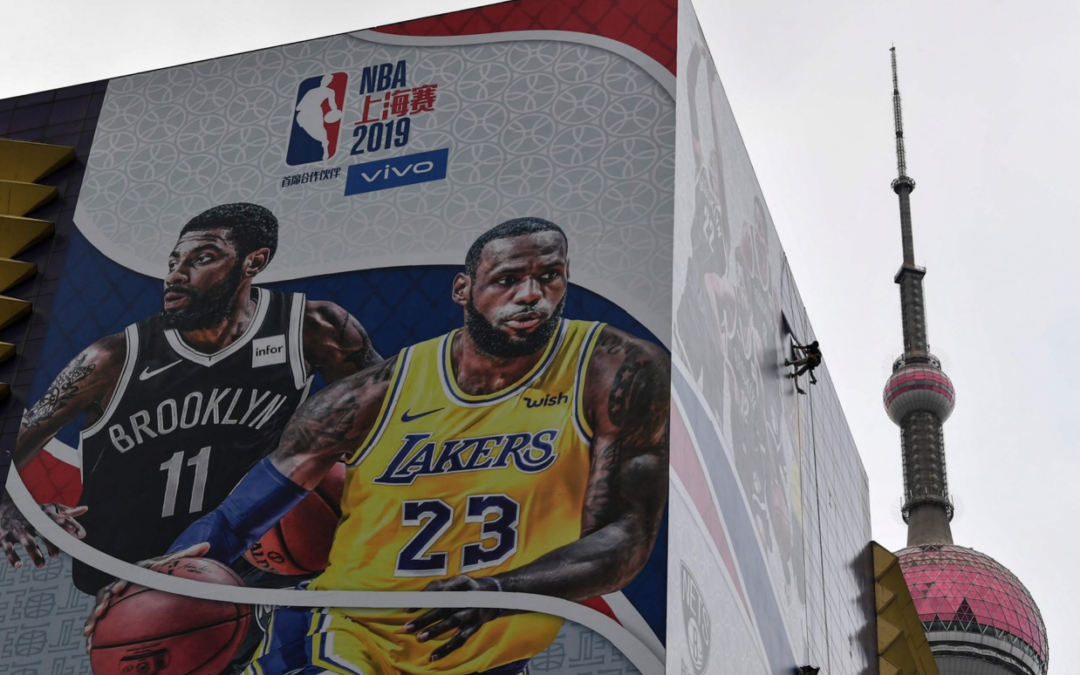 On October 4th, 2019, Daryl Morey, the general manager of the Houston Rockets, tweeted an image supporting the protests in Hong Kong over the past few months, which have broken down into riots and violence in a few of those events. This immediately went viral in China. Objecting reactions from Chinese Media and the Chinese public. Multiple Chinese stars who had advertised for the NBA immediately terminated their contracts after witnessing Morey’s statement against the integrity of China as a whole. The Chinese state television station, CCTV, stated: “We believe that any speech challenging a country’s national sovereignty and social stability is not within the scope of freedom of speech.”

Adam Silver, the commissioner of the NBA, openly supported Morey for his “Freedom of Speech.” Western media and politicians also spoke out against the Chinese public’s reaction to this event. Ted Cruz, a senator of the United States for Texas, tweeted: “We are better than this; human rights shouldn’t be for sale & the NBA shouldn’t be assisting Chinese communist censorship.” after the NBA’s apology to the Chinese fans on the social media platform Weibo. Other politicians such as Julian Castro also stated that the China used its economic power to suppress critics from the U.S. Such comments irritated the Chinese public even further, as the people believe it is their own right to defend their country’s integrity.

In China, territorial integrity is just as sensitive as racial and sexual descriminations are in the United States. Historically, China has always emphasized on the unity of the people into one nation, as territories of China had previously been seized by colonizers. The people had been humiliated by colonizers, who believed in their superiority. The reactions from the Chinese public is completely reasonable, as the country carried too much burden from its shameful histories and cannot risk losing another piece of its territories. The people of China demands their rights to speak out for their land.

The surface conflict of this incident is the Western media supporting Morey’s freedom of speech while condemning Chinese censorship (including the government and the people who are ‘brainwashed’) for not accepting opinions for their “repressive treatment” towards Hong Kong. However, the underlying issue is China’s anger and hatred about America carrying a double standards when viewing China and its people.

This isn’t the first time a controversial statement was spoken in the NBA community. In 2014, the owner of the Los Angeles Clippers Donald Sterling made racist comments on African Americans. He was fined 2.5 million dollars and was banned forever from the NBA, alongside being criticized by numerous notable politicians and public figures. This result was due to Sterling stepping on the boundary of the American sense of “freedom of speech.” This time, China’s boundary is openly stepped on. As a result, a similar treatment to that of Sterling’s isn’t received by Morey. In other words, statements dealing with racism should reasonably be punished, while insulting statements to China and its people can simply be overlooked. This clearly shows a tendency of double standards on the definition of freedom of speech by all the “pro-democracy” and “pro-freedom” commenters.

The NBA is also just one of many organizations who spoke out for Hong Kong’s protests. However, recently, another similar protest has erupted in the Catalonia region of Spain. Compared to Hong Kong, this riot is very similar. The people of Catalonia also wanted their freedom and some damaged public infrastructures. Yet, there are barely any American politician speaking out loud for Catalonia and barely any media coverage. It is clear that the majority of the American public and media coverage fully support the chaos in China, yet remains silent other similar events in the rest of the world.

So, what is the cause of this double standard phenomenon from the U.S? It has to do with the common stereotypes applied to mainland China. Especially since the Hong Kong incident, the accusations of “being brainwashed ever since birth” have been used on people born and raised in mainland China. It is widely believed that the people of China passively opposed the protests in Hong Kong according to the will of the Communist Party. Chinese citizens are viewed by Americans as victims of oppression and blockade of information. Therefore, everything Chinese people speak of is against their wills, making none of their statements credible, and all of their words have to be considered with caution.

And what is the cause of radical reactions in China right now? The relationship between China and the United States are not at its most favorable moment, with the ongoing trade war and the majority of the U.S. supporting the Hong Kong protests, an unfavorable movement in China. In this case, anything an American public says to China is possible to be seen as a hostile statement and not as a simple expression of a political opinion. In mainland China, a surge of nationalism has aroused in the hearts of millions of people that opposing the NBA has already become a trend. People wearing NBA jerseys or basketball shoes on the streets could be scolded, and companies could fire employees just for watching the NBA. It seems that the enthusiasm for basketball has made an unbreakable bond with politics in mainland China right now.

Morey’s incident sparked numerous political opinions on China not being open about information. From another perspective, however, it can be seen that the America public carries much more hostility towards China compared to themselves and the rest of the world. China, on the other hand, began to utilize the NBA incident as a trend in China to target anyone who may be completely detached from politics yet suffers due to his or her passion to basketball. It is vital for the two cultures to learn more about and respect each other, and especially each other’s boundaries. This is the only way for the two countries to exist in peace with each other.