Advertising to Kids: A Dangerous Reality 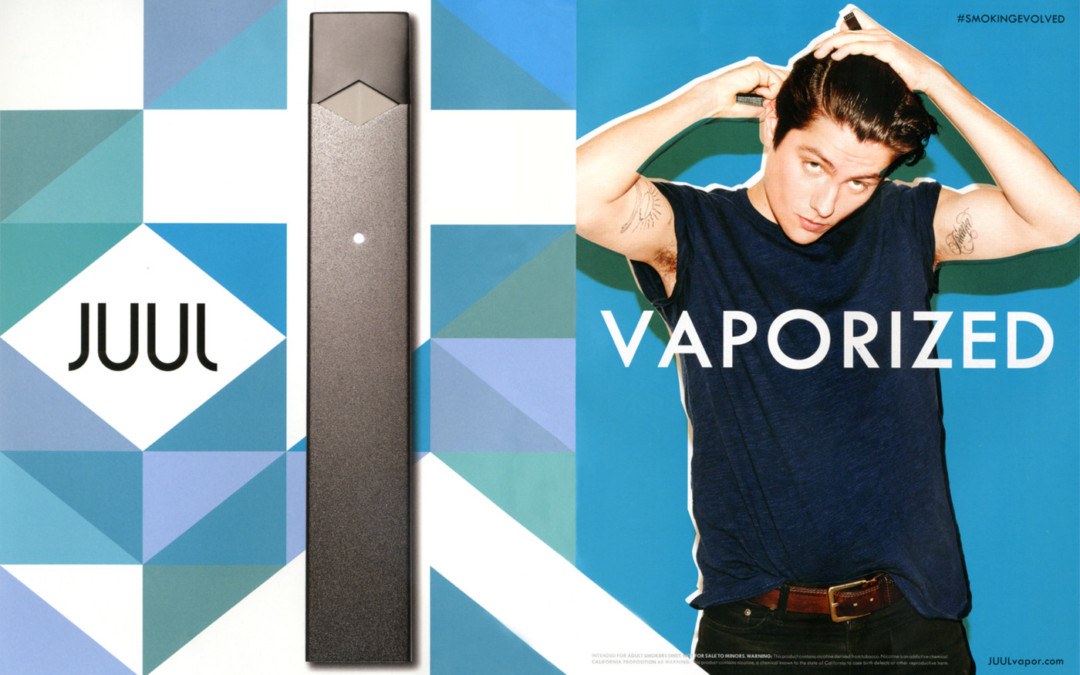 Advertising to kids is a dangerous, but effective strategy for companies to target a vulnerable group of people. This advertising can be blatant, but also discreet. This strategy only highlights the positive aspects of the products and draws attention to certain aspects of product or experience. There are very specific ways through which companies will promote their products to children and teens.

Despite recent regulations to limit a certain age range of targeted audiences, “industry practices have changed as new developments in media technology have facilitated greater degrees of age-niche programming and related advertising.” One way companies do so in by the location of where they advertise. Companies will specifically buy commercials or ads in places children are exposed to.  These ads could be on a children’s TV program, a computer game, or a store. “According to research, an average child is exposed to 40,000 commercials on TV every year ” So it makes sense why companies would choose television to promote further. Though, it is important to understand that oftentimes children are exposed to computers and online focuses more so than cable television. On the internet there are lessr egualrons than on cbs television and less reposition for children. This can lead to advertisements that would otherwise not reach children, creating a dangerous reality of adverstiemt.As the world changes, so does the danger and the industry. “It is estimated that advertisers spend more than $12 billion per year to reach the youth market and that children view more than 40,000 commercials each year. These figures represent dramatic increases over those from the 1970s.”  Companies may also use colors and images to appeal to age groups, bright colors and fun images appeal to younger kids and cool and stylish layouts appeal to teens. Businesses also use who is in their ads in order to appeal to audiences, for example children will be playing with a toy or teens are in a clothing commercial that is targeted towards these age groups. 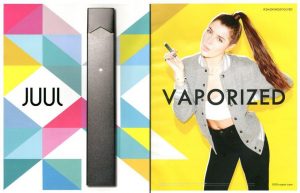 This JUUL ads pictures a young woman, possibly perceived as a teenager, with trendy clothes, a JUUL, and bright colors (Image via JUUL)

Food campaigns are a clear industry that takes part in this. Junk food, cereals, sodas, and snacks are associated with bright colors, happy kids, and cartoon pictures. In stores, these products are at eye level for children and are advertising on kids networks like Nickelodeon or Disney Channel. Also, the video game which includes “violent media, such as movies and video games, [are] targeting children. ” A great threat that comes from this advertising technique is when illegal and addictive substances are promoted. This is seen clearly in cigarette and juuls promotions. “Although tobacco marketing has been banned from television for more than 40 years, youth exposure to television advertising for electronic cigarettes (e-cigarettes) doubled from 2011 to 2013.”

This strategy is effective, as proven by many studies which “have found a substantial relationship between children’s viewing of tobacco and alcohol ads and positive attitudes toward consumption of such products. Children find many such commercials attractive (e.g., Joe Camel, the Budweiser frogs) and consequently have high brand awareness of such products and positive attitudes toward them.” (1)”This leads to higher participation in these practices and want to participate. By seeing young adults, priced as teens, using these products, it is appealing to kids and teens to want to take apart. Also, through social media platforms like instagram, snacht, tik tok, etc. It is easier to see peers and people your age taking part in these activities and using these substances, creating a more polished image of this product and the experience paired with it. 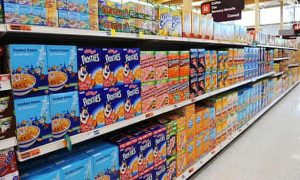 The cereal industry takes advantage of characters from children’s shows, the height of the placement of their products, colors used, and titles to target children (Image via Alamy)

These advertisements greatly alter experiences and opinions of children and teens. “marketing messages can be perceived as truths, and in many cases, those messages can stay with them until they become adults.” This means that through great exposure, the danger is greater than ever before and greater than we think. Simply exposure, not even participating, can be damaging to decision making

This advertisement must and should be limited with greater regulations. Although, this may not be realistic in the modern era of technology. Perhaps we should rather be informed about how these advertisements alter experiences, creates a construed view on consumerism and encourages negative and illegal behavior. Ultimately, companies have an unfair advantage over young people and over consumerism, and they need to be seen, and they need to be stopped.