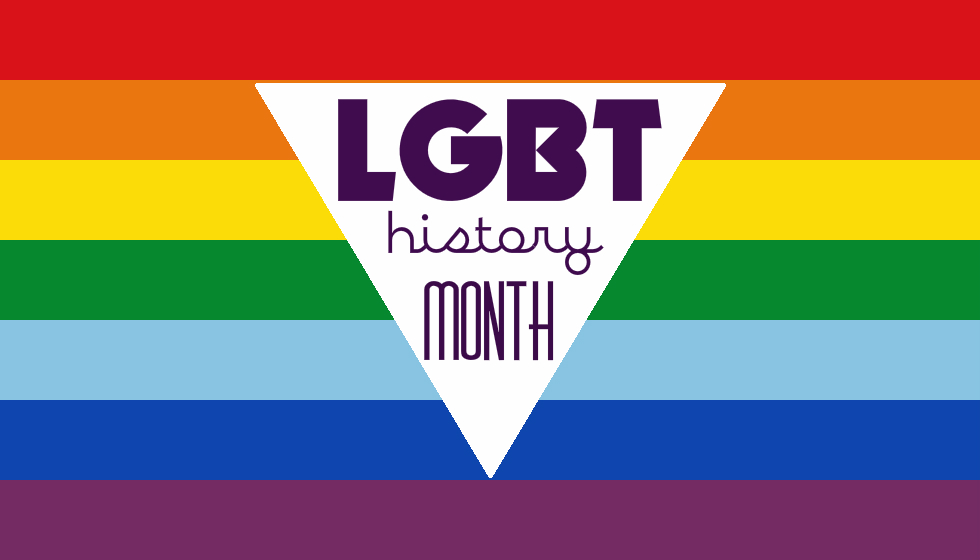 This month, October, is a national LGBTQ+ history month. This month is dedicated to reflecting and celebrating LGBTQ+ past. Celebrating LGBTQ+ history month that allows for the agony and disrcimination and trauma that the community has experienced. Reflected on through learning about movements and cases and protests. These movements are what created liberation in the US when LGBTQ+ people were not widely respected, had little rights, and no voice. And these same movements are what connects the youth and other modern generations of LGBTQ+ people to the immense and complex history we have. This month gives a platform in order for us to shed light on, yes, the overall on journey of this group of people, but also the journeys of significant historical figures. There are so many groups of people and organizations that strive to allow these stories to be told. The national  LGBTQ+ history month website “celebrates the achievements of 31 lesbian, gay, bisexual or transgender Icons. Each day in October, a new LGBT Icon is featured with a video, bio, bibliography, downloadable images and other resources.” I think this is the most important part of celebrating this month.

It feels necessary to recognize the icons who have created the community and safety within the community that is so important to who we are as a LGBTQ+ . Without the leaders of the movement, there would be no evolution and the progress we’ve made that had turned discmirition to (mostly) tolerance, would not exist. But also, those people and groups of people are often the initial idea of what the US national LGBTQ+ history month means. But, I want to challenge that. Because I think the stories of the people who participated, the people who are one of the large numbers at rallies. The people who were a name on a list of AIDS victims. The people who identity as the  + in LGBTQ+, the people who go unnoticed and underappreciated at all times of the year. This month is a time to celebrate their sacrifices, progress, and pains. Because pride months allows for celebration and achievement, but I think this month also leaves room for bittersweet celebration. The celebration of how far we have come, but also remembrance of the miles spent walking with no sign of where we were going.

This month is such an important aspect of remembrance for those who took part in this moment so the pain and work was worth it. So that they know and have a clear distinction between then and now. But also, this discussion is what I was able to connect us to our ancestors. The passion of the need to want and have to be who we are in order to surbe, be happy, and be the people we were meant to be.

So, this month, I think we need to celebrate and talk about four things: