A Foreign Opinion: The Firearm Crisis 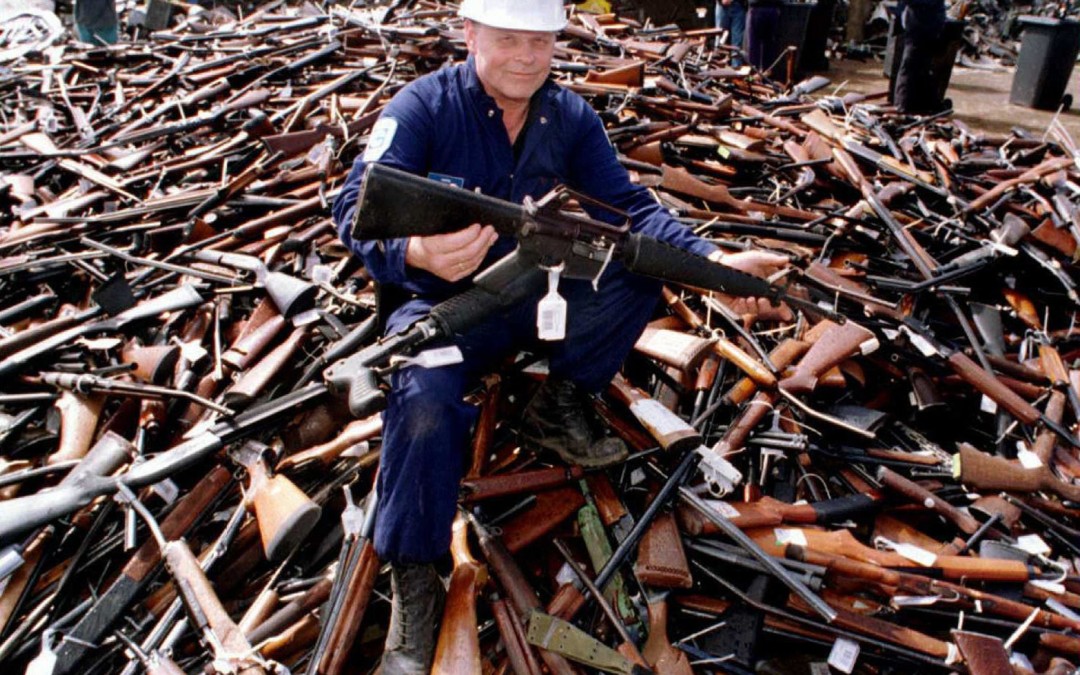 According to CBS News, there have been a reported 382 mass shootings this year, as of September the first. (A mass shooting being, according to the FBI, “four or more murdered during an event with no ‘cooling-off period’ between the murders”). That equates to 382 shootings in 244 days, or 1.57 shootings per day. Already this number is appalling, but as more weapons are manufactured, the more these numbers are likely to go up. So that raises the question: “Why don’t we ban or seize all firearms belonging to members of the public?”

The government did a similar action in my own country, in which John Howard, the Australian Prime Minister from 1996-2007, following The Port Arthur Massacre (also in 1996), collected all guns from the public in major buybacks and an amnesty period in which prohibited weaponry could be handed to authorities without legal action. More than 4,000,000 weapons were collected, and since that day, only seven mass shootings have occurred. His actions were so highly respected that he is still asked for opinions on politics, despite having been retired for a number of years.

Such statistics may appear impossible to the average U.S. citizen at first glance, and, it seems that the people have almost grown accustomed to such tragedies and remark it as a way of life. But this is no fairy tale. This is no old wife’s tale, that tells you that you must never break a mirror or open an umbrella indoors. This idea, this vision has gravity and proof of existence. But the people now see weapons has a necessity, a problem too big to tackle. But it doesn’t have to be this way.

It is often said “If you can’t beat them, join them”, so instead of combatting the norm by straying from it, many U.S. citizens join the herd own a firearm for what is supposedly “Household protection” in which families will keep a firearm in a safe, in a drawer or something of the like to gun down an equally armed assailant in the event of danger, as police intervention cannot reach a location in time after an armed gunperson has opened fire. A friend of mine (who, for the purposes of this article, we shall name Benny,) once remarked: “How are we supposed to defend ourselves from a gunman if we aren’t armed ourselves?” Now, as a respectful and intelligent teenager, I stayed quiet and respected his view, but my mind was ablaze with comments with which to retort: “You’re a belligerent fool Benny, if no one had guns, there would be no reason to possess them.” Which I attempted to explain, but alas, my wise words fell upon silent ears. I am aware of the background checks and licensing required to purchase a firearm, but this system is highly, stupendously flawed. What is preventing someone with a clean slate from buying a gun on someone else’s behalf? All they must do is purchase from any run-of-mill gun shop and meet them in a back alley and bam! An unstable individual now has access to a weapon.

Some individuals may say that cars are just as responsible for the deaths of the innocent, with thousands perishing every year at the hands of a steering wheel, and yes, I cannot deny that such things occur. But transport is vital to society. Cars are not built to have battering rams or automatic stop functions that are designed to ignore the silhouette of a pedestrian. They are simply designed to get you, and perhaps some cargo and passengers, from point A to point B. Firearms on the other hand, are designed only to kill. Gun designers are constantly conjuring up ideas to make weapons more and more deadly, so that a wealthy military- government or private, may buy their death contraptions. And that is what separates these two products. One is the embodiment of keen efficiency and convenience, whereas the other is a dark embodiment of malice and human nature. My commanding officer in the Australian Army Cadets once told me to never point a gun at something you do not want to destroy. Because one lapse in thought, or simple impulse, could mean the end of the life of an innocent.

In my country we do not suffer from these issues. Sure, we still have firearms, but that duty is limited to the defence force, the police, and farmers for wildlife control. We need not arm ourselves to the teeth or remember the clothes of our children when they go out, in case we need to identify their bodies amidst a “seemingly unavoidable incident”. A death at the hands of any weapon is a tragedy, that no human, nor their fellow humans need experience or lose a loved one to. Despite the influence that the National Rifle Association bears, they cannot defeat the will of the people. A simple vote to alter the second amendment, the American’s right to bear arms, could end the senseless bloodshed that has forged a gruesome reputation of this great nation on the world stage. Weapons do no good in human hands. Our primal instincts, “kill or be killed”, become far to real when an unstable individual is armed, and such animalistic thoughts do not belong in the “developed” society in which this country lives.

It is possible to end this.

My country did it, and so can yours.

It’s time that we kill the evil that is weaponry in the hands of the public.