Why Are Koreans Suddenly Not Buying Japanese Products? 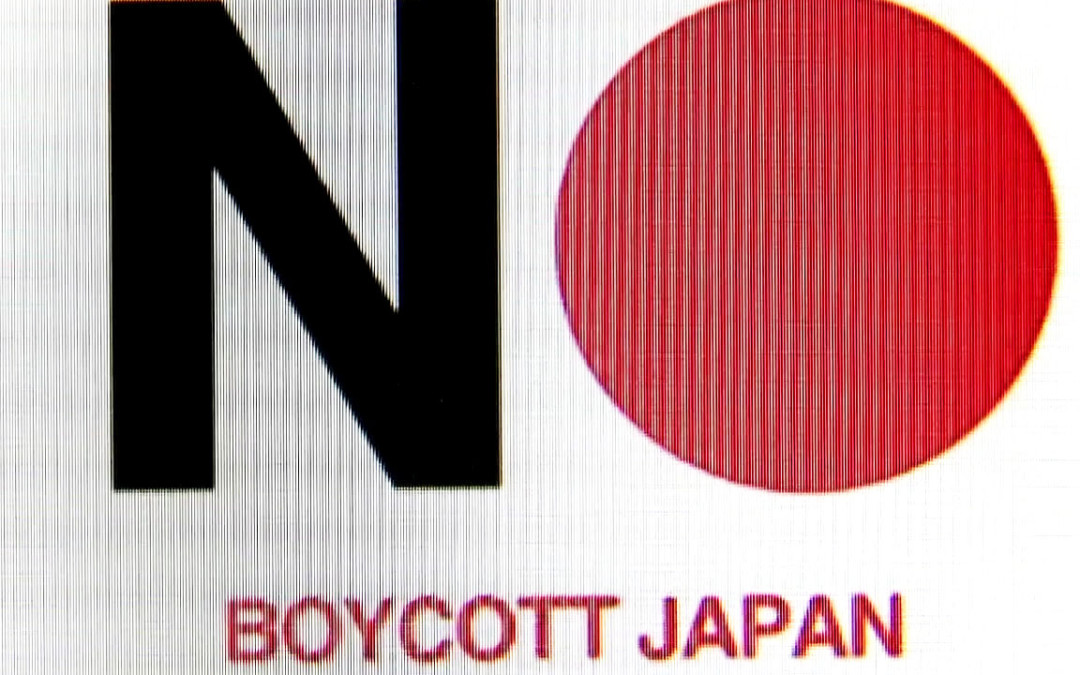 By now most of you know or at least heard about the impeachment of Park Geun-hye, South Korea’s 18th president, and how it would not have been possible without the Korean citizens’ unification within the series of protests against her. Park’s corrupted governing and abuse of power during her presidency brought millions of South Koreans into one, both liberal and conservative, as can be seen in the past candlelight protests. This was indeed a historical event where people all around the world saw how powerful citizens can be when they have the same intended goal. While some regarded this as a very rare event and that we will need to wait for at least a century to recur, a similar situation is happening again in Korea.

Not so long after gaining independence from Japan, Rhee Syngman became the first president of South Korea. Noting how people back then were either the survivors or families of Japan’s inhuman acts during the war–these include but are not limited to forced drafting of Korean men to Japan’s army, the comfort women, Unit 731 human experimentation–president Rhee knew his people would not be happy if Japan’s reparation fee was not reasonable. During his presidency, Rhee requested Japan to pay Korea three billion and five hundred million US dollars. However, Japan did not want to pay the demanded amount and instead decided to wait until Korea was governed by a more “Japan friendly” president. 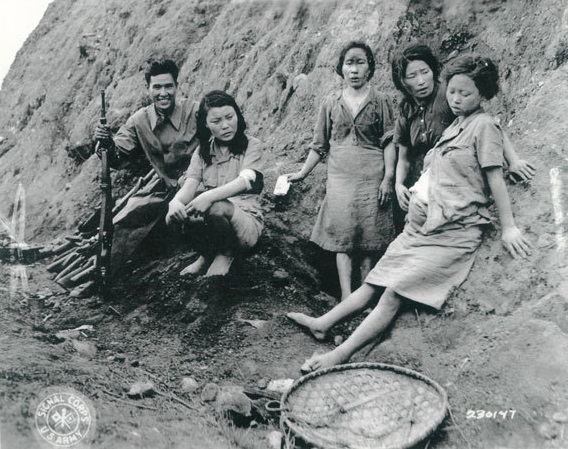 A photo of a group of comfort women who survived. Photo via NYR Daily

1961, a man named Park Chung-hee (father of Park Geun-hye) starts a coup d’etat and overthrows the Korean government back then. In 1963, he becomes Korea’s third president nevertheless he had a historical background of being in the chinilpa (the group of Koreans who betrayed their country and collaborated with Japan during its colonial rule over Korea). Park, who was desperate to prove himself in front of the Korean citizens and the United States government–he also needed to make up for being in the chinilpa at the past–decides to form a treaty of amity with Japan. A treaty where Japan only needs to pay three hundred million us dollars for reparation. It did not matter a lot for Park if the reparation fee was illogical since what Park needed and aimed for was simply an “achievement”. Japan was happy with this contract as it was a chance for them to redeem themselves from all of the atrocious acts they did to Korea by only paying 1/10th of what former president Rhee requested originally. To add on, the payment was not even legally written as “reparation” but as “Korea’s independence congratulation fee” since the term reparation meant the Japanese government admitting their wrongdoings (Japan did not admit and apologize for their crimes until recently).

Moreover, the treaty President Park Chung-hee signed was only concerned between countries: reparation for the individuals who suffered throughout Japan’s colonization was not mentioned nor amended. With the insufficient money Korea got from the Japanese government to repair itself after the war, President Park goes even further and embezzles sixty million US dollars for his good (these sixty million dollars gets inherited down to former President Park Geun-hye, the daughter of Park Chung-hee). Which was why Korea and Japan’s diplomatic relationship always had conflicts since then, and this past April the tension exploded.

To fully understand the current perhaps “war” between Korea and Japan, former president Park Geun-hye and Japan’s prime minister Shinzo Abe’s comfort women apology fee needs to be mentioned. Since the independence, Korean citizens–including the actual survivors– always felt like the Japanese government never apologized with full honesty, regarding the comfort women. In 2016, without notifying or receiving any consent from the actual survivors of the comfort women, President Park all of a sudden signs a treaty with Japan of receiving nine million US dollars in a sign of apology to the individuals.

With President Park Geun-hye’s ridiculous agreement with Japan about the issue of comfort women, the current president Moon Jae-in takes action for it by breaking the contract. While there were many other major and minor conflicts between Korea and Japan, after all these events (with the comfort women agreement especially), Shinzo Abe decides to ban every Japanese semiconductor corporations from selling their products to Korea. Although it might seem odd why Abe out of nowhere banned semiconducting materials from getting imported to Korea, with companies like “Samsung” and “LG” (both use a lot of Japanese semiconducting materials) as essential pillars of the economy, Abe’s decision was deliberately meant to shatter Korea’s economy. Abe, even with obvious damage to Japan (banning semiconductor exports to Korea practically means losing major customers), intended to hurt Korea. 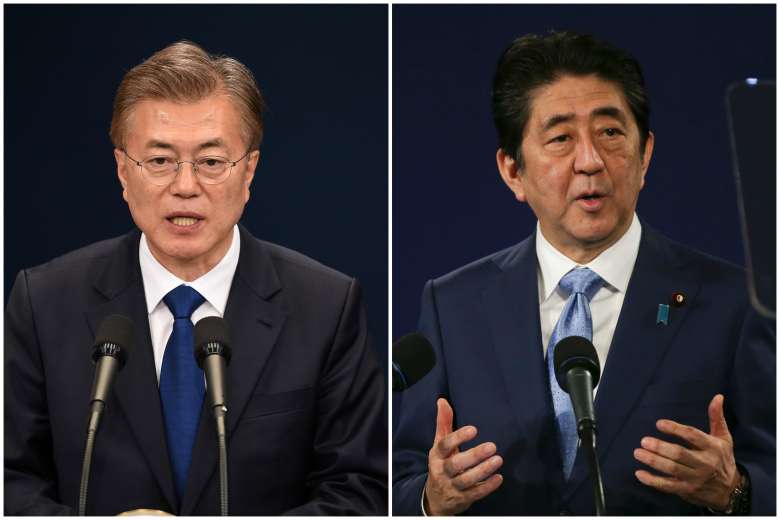 President Moon at the left, Prime Minister Abe at the right. Photo via The Straits Times

However, how Koreans responded was not what Shinzo Abe expected at all. Instead of admitting how the Korean economy is heavily dependant on Japan’s semiconducting companies, majority of the people in Korea unified as a team and started to boycott against every Japanese product. As a result, what Abe expected to happen in Korea actually happened in Japan. According to the statistics, Japan earned approximately six billion US dollars from Korea by tourism just in 2018. If the Japanese products exported to Korea are included, it can be inferred that Japan gained more than ten billion US dollars from Korea annually for the past few years. With one of their most valuable customers suddenly missing, Japan’s economy is currently extremely staggering. This can be proven with Japan’s people and private institutions, who were at first supporting Abe’s decision, now protesting against him.

In the modern era, wars are not what it used to be. Instead of guns and bombs, countries now fight with their economical powers and diplomatic relationships. Japan, this April, initiated a “modern” war against Korea. Koreans responded with retaliation.