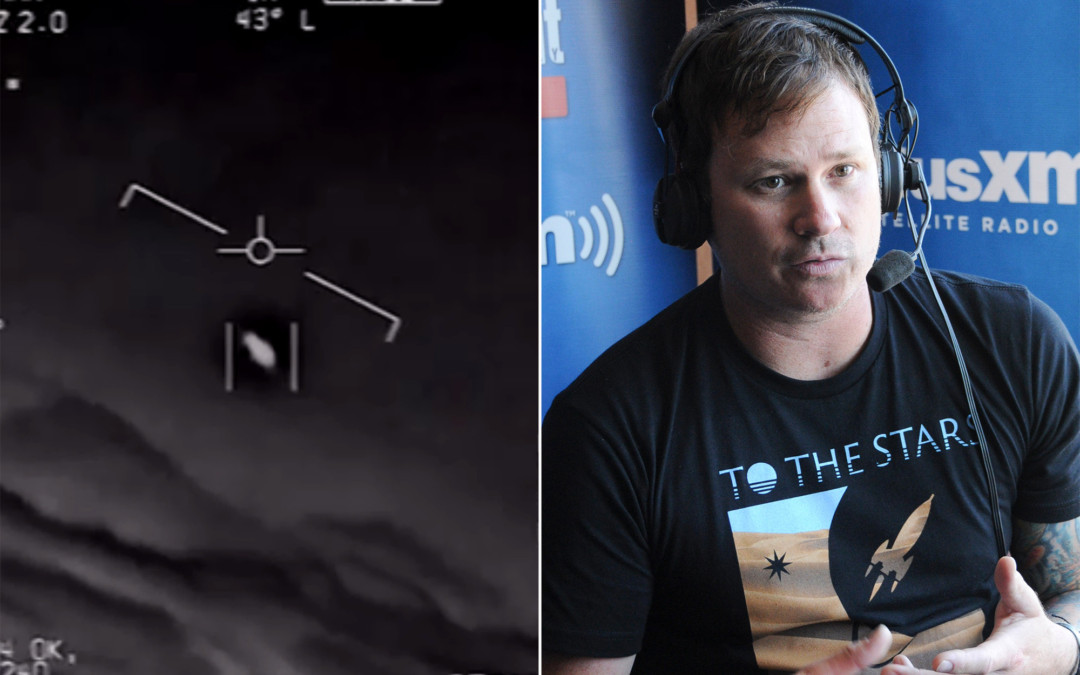 The last thing that I expected Tom DeLonge of Blink-182 to do outside of the band was become a conspiracy wacko. Now, you may have heard of Tom’s “To the Stars… Academy of Arts and Sciences.” This company is connected to some recent videos that you might have seen in the news as real videos of possible UFOs filmed by American military pilots. What you might have missed about those videos is that they were confirmed to come from the Department of Defense’s black budget project created to identify possible alien threats. The Advanced Aerospace Threat Identification Program was created to do… exactly what it sounds like. It was advocated for on some of our highest levels of government, the most important and well recognized name being Harry Reid, the 30 year Senator from Nevada, and Senate Majority Leader from 2005 to 2017. The program took $22 million dollars out of the $600 billion DOD budget. Black budget programs are the kind of projects that spy thrillers are written about, hidden from the populace and taking unknown amounts of money, these programs are specifically designed to be secret. It’s kind of a known unknown problem. But if that’s true, how did we learn about this particular program, and what does that have to do with a passable bassist in a passable rock band from the 90’s?

We can trace much of this back to the man who has been the most seen from the program, a man named Luis Elizondo. He was apparently the head of the program, and was in the chair when it officially lost funding in 2012. He has a military intelligence background, and as far as he has said in interviews in major media outlets, he is a true believer in the existence of alien UFOs. The department lost funding in 2012, but in this case, ex-members have reportedly been reviewing evidence brought to them by colleagues in the Pentagon on top of their normal DOD duties. While in operation, the program worked with Harry Reid donor and advocate for UFOs Robert Bigalow. With the funding stopped, Elizondo has now moved onto greener pastures in the private sector, mainly To The Stars, alongside, you guessed it, Tom DeLonge.

Now, while the program has been criticised for its practical uselessness, it has put out two compelling videos that are purported to show UFOs. Realistically, the videos most likely do not actually show any alien craft. Both videos are filmed in infrared from the gimbal mounted camera on the bottom of a fighter jet, although the model of the camera is different. In both videos, while they seem compelling, a closer look shows that they are much like the heat signatures left behind by another jet. Realistically, I also find it unlikely that a race able to cross the vast empty expanse of space would be so easy to find that an F-15 would be able to pick it up.

I want to find (friendly) life in space. It would be incredible, and, having grown up with the mantra “Born too late to explore the world, too early to explore space” thrown around often, I would love to get some tech from an alien that would allow me to see the beauty of the universe. Unfortunately, it seems like To The Stars is not the vehicle to do so. It is bogged down by the same people who were part of the DOD project, and it seems like it might be a tax evasion tool as well. The videos are incredible, yet they lack hard evidence to prove that they are not even humans. It would be foolish to hitch our scientific wagon to a fraudster and a bureaucrat, so I will remain sceptical of the videos promoted by To The Stars. But by no means should you. I think that everyone should be able to believe whatever they want, and this is a better pseudo-scientific area to believe in than anti-vaxxers. I invite you to investigate yourself, because I find that the best reading comes from finding out more about an interesting topic by yourself. I just think that it’s best to leave the alien stuff to the people who know best, not a bassist.