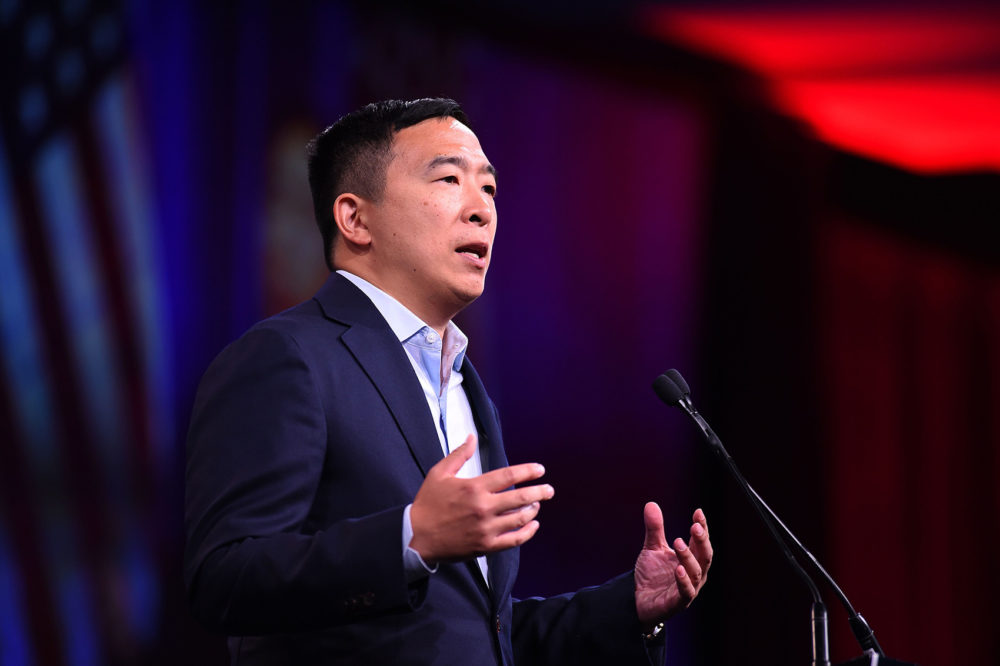 Out of the forty-five men who have held the title of President of the United States, Barack Obama (2009 to 2017) was the first and (so far) only who wasn’t white, and as the world is well aware his polar opposite was elected into office directly after.

It’s now September 2019, two years and eight months after Donald Trump’s inauguration and barely a year before the General Election (November 3, 2020), and out of the eighteen Democratic Presidential candidates currently campaigning for the upcoming primaries and caucuses, thirteen are men, the majority are white, and all of them seem intent on pushing Trump out of office (and unafraid to voice this).

One of these eighteen is a man named Andrew Yang.

A 44-year-old Asian man who studied economics and political science at Brown University before attending Columbia Law School, he is polling at seventh according to the American political journalism company Politico (and the first link on Google’s list when searching “Andrew Yang polls”) but claiming to have greater support as of his political event in Nashua, NH, on September 27th (which the St. Mark’s Primary Club had the opportunity to attend, and a video of this event can be found here). This support will allegedly be seen in the results of his Q3 fundraising, over on September 30th, so time will tell soon enough. 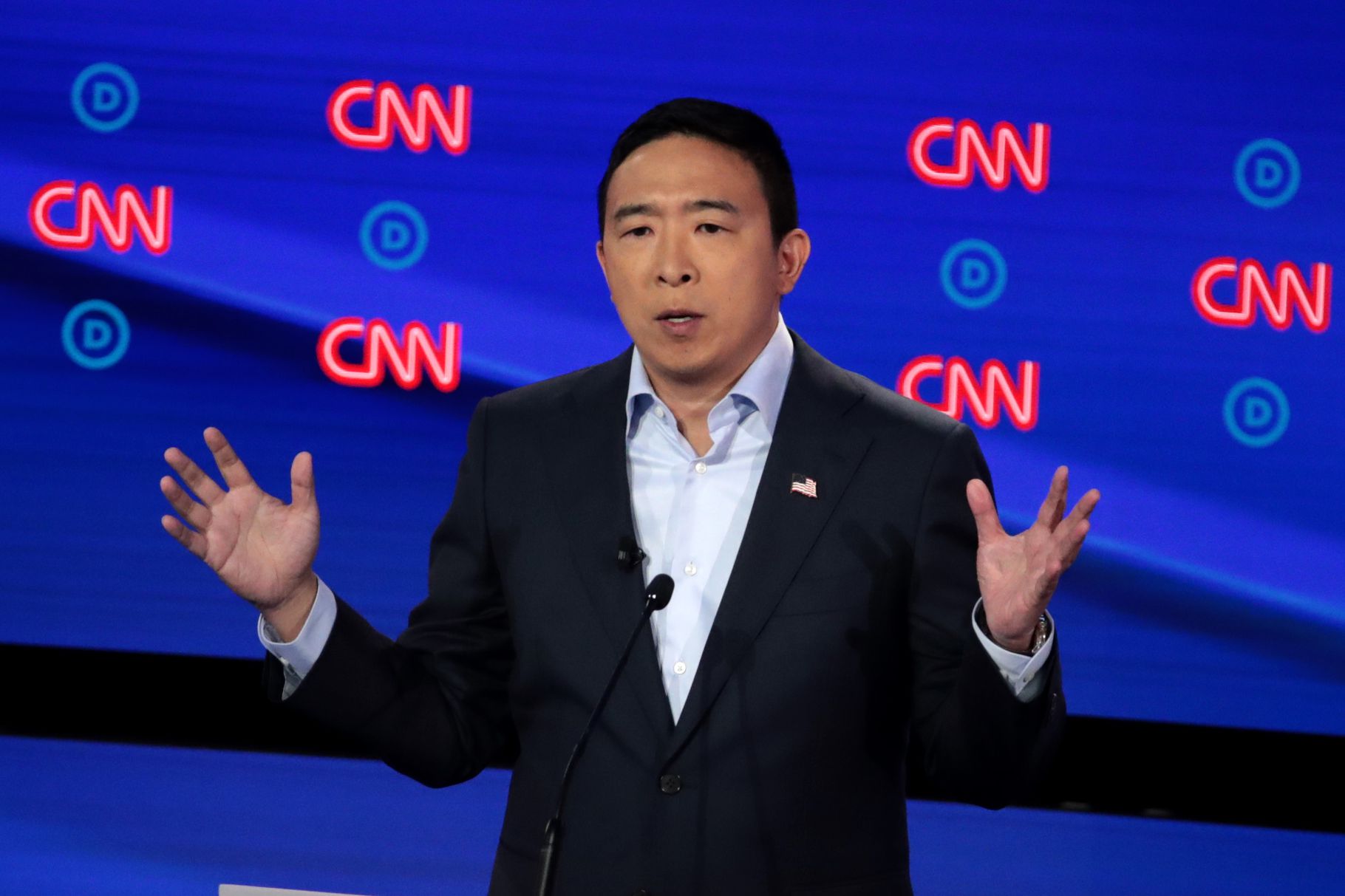 Initially considered a “long-shot” candidate—and running against established politicians such as Joe Biden, Elizabeth Warren, and Bernie Sanders, all of whom have had consistent support since declaring their campaigns—Yang has gained significant momentum and support since the beginning of 2019. His three primary objectives are to establish a universal basic income (UBI), shift the nation to a Medicare for All system, and develop “Human Capitalism” within America. However, the comprehensive list of all his policies goes far beyond these three principal goals. From legalizing marijuana to making Puerto Rico a state to lowering the voting age to sixteen, Yang has seemingly endless aims, and he’s ready to pursue them in office as he works to “Make America Think Harder.”

But… what exactly makes him so compelling to Americans?

Above all, he wants to give people free money. $1,000 a month to all Americans over the age of eighteen, to be more precise.

This federal UBI, known in Yang’s campaign as the Freedom Dividend, is meant to help alleviate the financial troubles caused by the increase in automation known as the Fourth Industrial Revolution. As technology rapidly develops, it’s expected to take jobs away from 1 in every 3 Americans by 2030—barely over eleven years away. And it won’t be hitting the hedge fund millionaires of NYC or the established entrepreneurs and technology gurus of Silicon Valley. It will be the truck drivers, cashiers, and retail workers being laid off, and in barely over a decade, millions of Americans—some of them with no education past high school—will be out of jobs. To pay for the UBI, Yang intends to consolidate other welfare programs and implement a Value Added Tax of ten percent, which would tax the production of goods and business services.

Apparently, as evidenced by the crowds seen at his events, this is an idea that appeals to a rather diverse group of people. This “ideologically eclectic coalition … includes progressives, libertarians, disaffected voters and Trump supporters who have swapped their red MAGA hats for blue ones that say MATH.” While many candidates simply illustrate themselves as the person to kick Trump out, branding themselves as not only pureblooded Democrats but also undeniably anti-Trump from the beginning, Yang appears to be a Democratic candidate who can take this concept of Trump being evil a step further: bring Trump supporters to his side. But political allegiances aside, his fanbase appears to have relatively respectable racial and ethnic diversity as well, with an abnormally high percentage of Asian Americans interested in his campaign—as his parents immigrated from Taiwan, Yang would be the second non-white President and the first Asian-American in the Oval Office.

But he’s still not a politician: he’s an entrepreneur who sees issues in America’s economy and wants to fix them. As Shannon Jeans, 44, told The New York Times, “[Yang’s] not running because he wants to be President. He’s running because he feels he needs to be.” That being said, is this enough to get him elected?