The Culture of Music 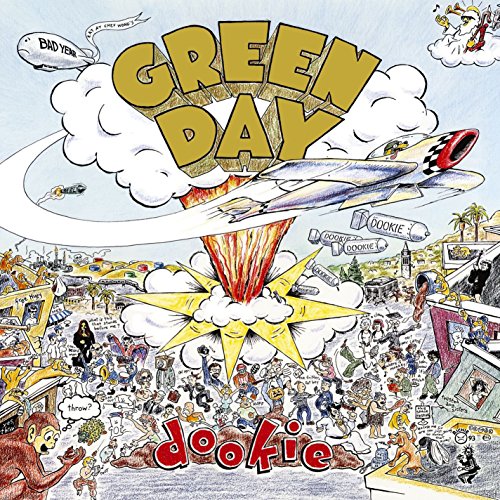 When I was 7, in 2012, I bought the CD for Green Day’s Dookie. I saved up my 25 cent weekly allowance for months, and finally I was able to purchase the treasured music from Target, complete with a song packet and 12 inch poster. Besides my relatively odd taste in pop-punk music as a child, the singular act of buying a CD, having a physical compact disk, that I would click into my second-hand CD player, is an experience I will never forget.

I still own that disc, with the embarrassing poster; however, I haven’t used it since I was 10. Now, with Spotify, Amazon Prime, and  iTunes, everyone can access all popular songs with the tap of a finger for just five to ten dollars a month. Or, they can type a couple letters into YouTube and find their desired song—possibly accompanied by an overdone music video. I’ve realized that in 2019, no one needs a CD, a plastic case, or a player.

Of course I support new technology, and I appreciate the positive aspects of listening to music on a cellphone. Online streaming is easy, quick, accessible, and generally affordable, which has allowed young people everywhere to become more involved in the music industry. In addition, social media platforms like Instagram, Twitter, and Snapchat give specifically younger audiences an opportunity to get to know famous artists. Apps similar to Spotify and iTunes are revolutionary, but I wonder if we as a Generation Z, are losing an element of music culture.

People used to flip through records and discs at the store, finding an unknown album or discovering their favorite song. They would collect CDs and stack them alphabetically or by genre. Teenagers would trade their music and the corresponding poster between classes and wait months for the next album to come out. Every CD cover was unique with tangible memories of when it was bought, each time it was played. Music used to be something you owned, something you were proud of, something with meaning beyond lyrics.

Are we losing music culture, the physical excitement of CD? Or are we improving our relationship with accessibility to music? Either way I will listen to the Dookie album on my iPhone and on my CD player, keeping music alive and enjoying my seemingly strange taste in Green Day.