What Does the Mueller Report Mean for Trump? 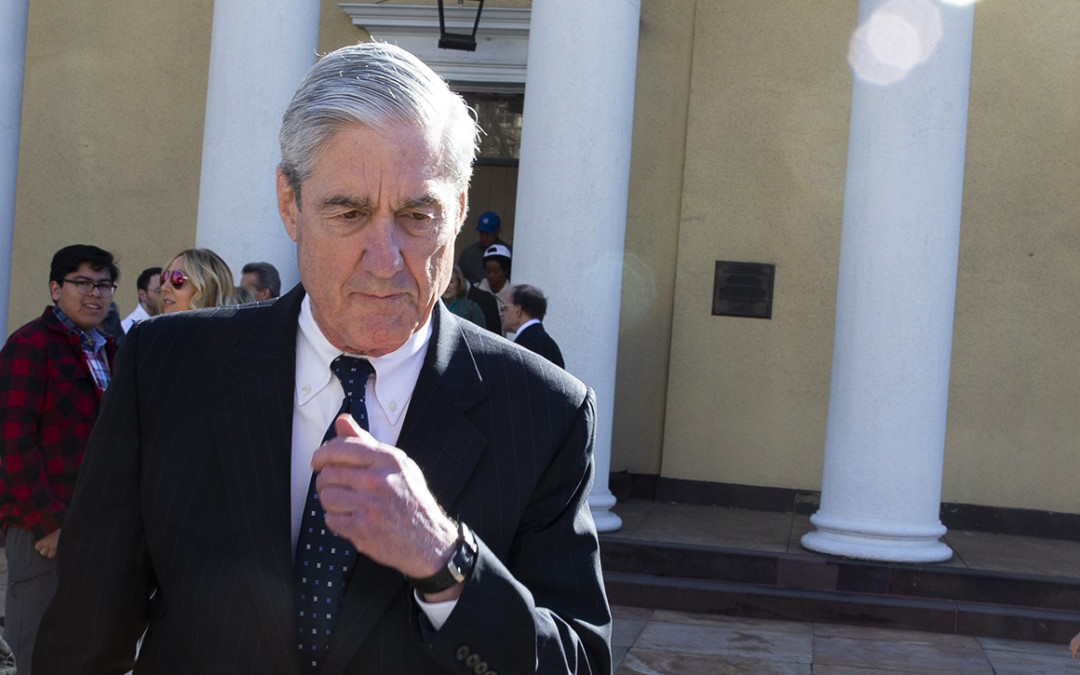 After almost two years of subpoenas, interviews, and fact-gathering, all amid both subtle and vocal attacks by Donald Trump and Fox News, the Mueller investigation has finally ended.

In May of 2017, a week after Trump abruptly fired FBI director James Comey—thus ending his probe into potential collusion with the Russian government in the 2016 campaign—Deputy Attorney General Rod Rosenstein appointed Special Counsel Robert Mueller to continue the investigation. Mueller’s team took on two major issues: conspiracy with the Russian government to alter the results of the 2016 election and obstruction of justice.

Weeks ago, Attorney General William Barr release a four-page summary of the report, emphasizing that the investigation did not find sufficient evidence to indict Trump. However, his summary and subsequent public statements misrepresented the findings of the Mueller report, framing it in a positive light for Trump. It’s not surprising that Barr—who was chosen to be AG because of his known disdain for the Mueller investigation—omitted the parts of the report that made Trump look bad. For example, whereas Barr claimed that “there was no collusion” in a press conference after releasing his summary, the Mueller report simply stated that there was not enough evidence to bring charges of conspiracy. The report also made sure to establish that “collusion” was not an official, chargeable offense.

But to profess that there was “no collusion”—despite the report finding that Paul Manafort periodically shared internal polling data with the Russians and that members within the Trump campaign who had met with Russians were pushing for a softer stance on Russia—is an abject lie. And Barr’s summary did not address the fact that Trump repeatedly urged members of his administration to undermine the Mueller probe—presumably because doing so would make Trump look, if not criminal, unethical.

You can see further evidence of Barr misrepresenting the Mueller report here, but the crux is this: Barr attempted to release a (highly misrepresentative) summary in lieu of the full report. While he ended up having to release a full report weeks later, Barr was in charge of deciding what would be redacted from the full report. Thus, it’s not unreasonable to conclude that Barr, a known partisan whose primary goal is to protect Trump, sought to redact the information that made Trump look bad.

Notwithstanding redactions, the report establishes that Trump had a clear intention to obstruct the investigations into conspiracy with the Russians. In the early days of the FBI investigation, Trump called on then-Attorney General Jeff Sessions to “unrecuse” himself from the investigation. But most notably, after Rosenstein appointed the Special Counsel, Trump declared that he was “fucked” and that the investigation would mark “the end of his presidency.” Accordingly, Trump called upon his White House Counsel, Don McGahn, to have the Special Counsel fired multiple times. He also asked former campaign manager Corey Lewandowski to deliver a message to Jeff Sessions urging the then-AG to deliver a speech that called the investigation “very unfair” to the president. More importantly, the speech would announce that Sessions planned to meet with the Special Counsel to switch its focus away from 2016 and towards meddling in future elections. In other words, Trump attempted to have Lewandowski urge Sessions to alter the scope of the Mueller investigation. Neither McGahn nor Lewandowski heeded their orders.

The Mueller report also discussed Trump’s conduct with regard to the Trump Tower meeting. In the 20-minute meeting with senior campaign officials—including Donald Jr.—a Russian lawyer with ties to the Kremlin offered to provide dirt on Hillary Clinton. When the media got wind of the story, Trump edited a press statement for Donald Jr., removing any references to the dirt the lawyer had on Hillary Clinton and instead writing that the meeting was about adoptions of Russian children.

All of these things most certainly make Trump look bad, and they could qualify as obstruction of justice. Mueller even suggested that in his report, as his conclusion makes it clear that the report is not an exoneration. According to Mueller, “if [his team] had confidence after a thorough investigation of the facts that the President clearly did not commit obstruction of justice, [they] would so state.”

In spite of this, some have elected to view the report as an exoneration: the New York Post editorial board asserted that “it’s a complete exoneration for Trump,” and pundits across the cable networks have declared Trump exonerated. So even though this report showed clear malfeasance by Trump, most people don’t care. That Donald Trump is unethical isn’t news.

So if Trump isn’t exonerated, but he’s not incriminated, what’s next? According to the report, the constitutional system of checks and balances charges Congress with “apply[ing] the obstruction laws” to the President. In other words, Congress, not Mueller, has the authority to hold Presidents accountable to obstruction laws through impeachment proceedings.

Unless further investigation unearths more damning evidence of obstruction of justice, proceeding with impeachment would not be advisable for Democrats. Impeachment requires a simple majority in the House, but conviction requires a ⅔ majority in the Senate, which is conveniently where Democrats do not have control. And besides Mitt Romney, no Senate Republicans have publicly condemned Trump in light of the report’s findings, meaning it’s unlikely they’d vote for impeachment.

Plenty of Americans already believe that the Mueller investigation was a partisan witch hunt, or a “Dem Hoax,” in the words of the New York Post. And now that the investigation is over, many of the same Americans have chosen to believe that the investigation was a failure and that the report is an exoneration. Thus, even if impeachment proves to be the most moral, reasonable course of action, failed impeachment will only tank the Democrats’ reputation. It will make Democrats look—albeit unfairly—like partisan hacks. And if they want to win in 2020, that reputation won’t serve them well.