What A Bernie Sanders Nomination Will Mean for the Democrats 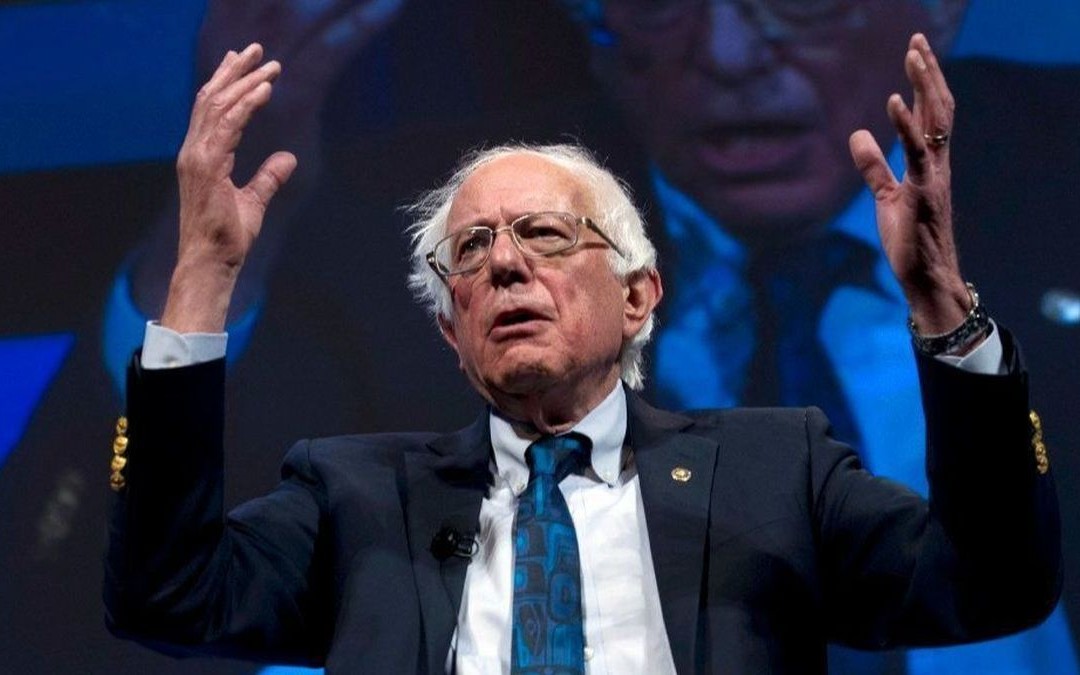 The years of intra-party unity that Donald Trump has brought about for the Democrats appears to be coming to an end. Alongside increasing support for Bernie Sanders’s (awesome, but farfetched) domestic agenda, there are Democrats who want more fiscal restraint. And despite scores of progressives embracing identity politics, some—most notably, Bernie Sanders and Pete Buttigieg—don’t seem to care for it. Lastly, freshmen members of Congress, particularly Ilhan Omar and Rashida Tlaib, by being public about their support for Palestine, may foment another rift in the party.

While most Democrats can agree that a candidate’s most important attribute is their ability to beat Trump, there’s disagreement about what makes one able to beat Trump. Sandersite progressives claim that expanding social programs will strike a chord with the Trump voters who defected from the Democratic Party in 2016 while Biden and Harris supporters profess that migrating too far to the left will scare off potential Democrats.

As long as Democrats disagree on what platform will defeat Trump, a large pool of candidates will remain. And if this large pool lasts until the Convention, chaos will ensue. Because DNC rules require that a candidate earn the majority of delegate votes to become the party’s nominee, a big slate of candidates could lead to a brokered convention. In a brokered convention, superdelegates—unpledged delegates who are often high-profile members of the party—can cast their votes. And if no winner emerges from the superdelegates’ votes, normal delegates can change their votes.

Polls show that, of all announced candidates, Bernie Sanders is on top by a wide margin. Overall, however, Biden is number one. If Biden elects not to run, and Bernie remains comfortably in the lead, he will gain a plurality—but not a majority—of delegates at the Convention. In the past few years, more and more mainstream Democrats have denounced the influence elite status in politics, so in a brokered convention, both unpledged and pledged delegates may feel pressure to cast votes for Bernie. If they don’t, and they hand the nomination to someone more moderate and more “elite,” there will be an intra-party upheaval. Disenchanted Bernie supporters may defect to vote for Jill Stein in larger numbers than they did in 2016, and claims that the elites “stole” the nomination from Bernie will abound. So it’s safe to say that if polls remain consistent, and Biden stays out of the race, Bernie will be the nominee.

Now here’s the kicker: While Bernie has done wonders for the Democratic Party, nominating him would be a disaster. While Sandersites’ assertion that Bernie’s socially democratic ideas would be popular among former Trump voters, they may not understand how unpopular the socialist moniker is.

Polling by Pew Research has found that committed liberals and conservatives tend to be more well-informed than self-described independents. Thus, while registered Democrats—who are often more liberal than the average Democrat—understand that Bernie’s not really a socialist, independents may not. Sanders’s history, which includes serving as an elector for the Trotskyist Socialist Workers Party; going to Managua, Nicaragua to (justifiably) protest American imperialism; and calling for nationalization of almost every industry will be a goldmine for Republicans. Moreover, Trump is unpopular, but the economy is performing well, even if he’s not responsible for it. Given no alternative that doesn’t call himself a socialist, swing voters may vote for Trump again.

Bernie’s general election electability is unsalvageable. He can moderate his message as much as he wants, but he will never be able to recant his label as a socialist. If primary voters fail to realize this, we may have to endure another four years of Trump.