Division and Unity at the 2019 Women’s March 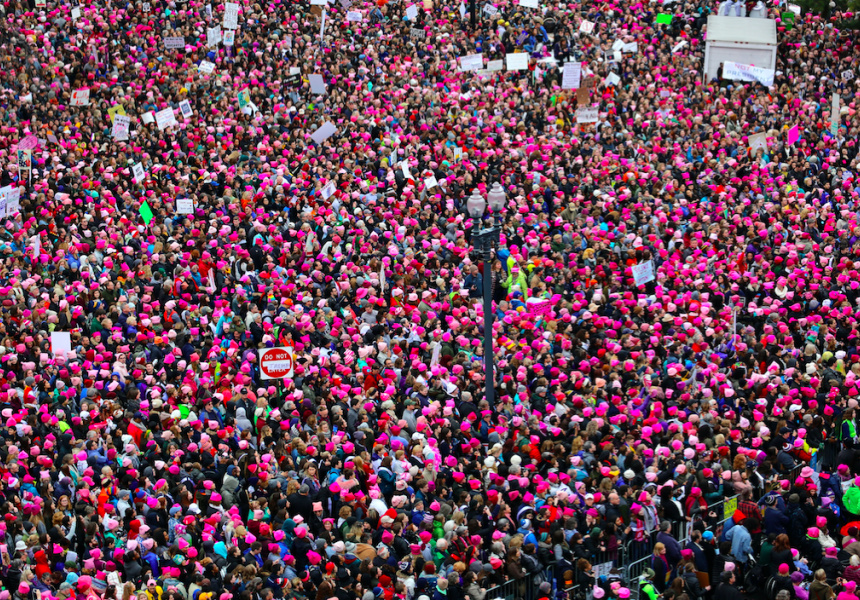 In 2017, the largest protest in American history challenged the presidency of Donald Trump. Millions of people marched in Washington DC and across the country. Two years of fighting later, on January 19th, millions of men and women of all ages and backgrounds joined again to march. The Women’s March not only addresses women’s rights agenda but also countless other issues that face America. “The #women’s wave is coming, and we’re sweeping the world forward with us,” the Women’s March has declared.

The March was successful, although the turnout was smaller than expected. The low turnout was somewhat attributed to the controversy surrounding one of the March’s leaders, Tamika Mallory, and an Instagram post of hers involving Louis Farrakhan. Mallory’s caption praised the Nation of Islam leader for his work, despite his long history of anti-semitic statements and jokes. She defended herself by saying she praises him for his work in African-American communities but does not agree with many of the things he says. There was also said controversy about “financial mismanagement and failure to include women of all backgrounds.” 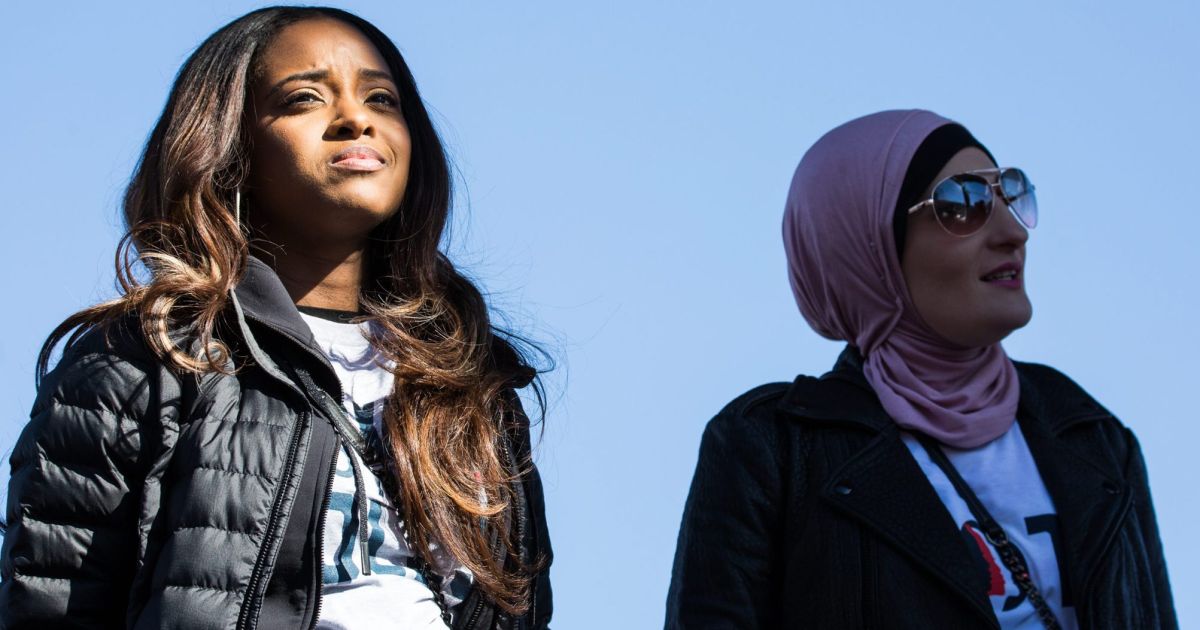 Tamika Mallory (left) and Linda Sarsour (right), two of the Women’s March leaders who have come under fire amid claims of anti-semitism. (photo via Bloomberg)

The Democratic Party as well as The National Council of Jewish Women  cut ties with the March. The Democratic Party did make a statement explaining the importance of communication and support between liberal and progressive groups. Carmen Piez, the co-chair of the March, affirmed that the Women’s March and it’s sister protests do not condone anti-semitism, transphobia, or homophobia in any way. The organizers of the event continually stated that the March is open to all women and all people. Though many people did not march on Saturday because of these controversies, those who did march did so in solidarity with issues unrelated to Tamika Mallory. This movement is larger than one person’s opinions.

These controversies also lead to rivaling marches in other cities on Saturday. In New York City, a march was held by the Women’s March Alliance, which advertised their opposition of anti-semitism in all forms. There were also two rivaling marches in Philadelphia near the original Women’s March. The two events ended up mixing and many protesters could not distinguish which marchers belonged to each group.

The signs and speeches at the hundreds of marches nationwide read statements not just about women’s rights, but also issues related to immigration, abortion, sexual violence, assault, gender identity, sexuality, criminal justice, and many more. The March was not just a protest: it was also a celebration of the journey of the past two years and the progress that has been made. This progress includes the election of diverse women to Congress. Joining the 130 other women of the 116th Congress is Alexandria Ocasio-Cortez. 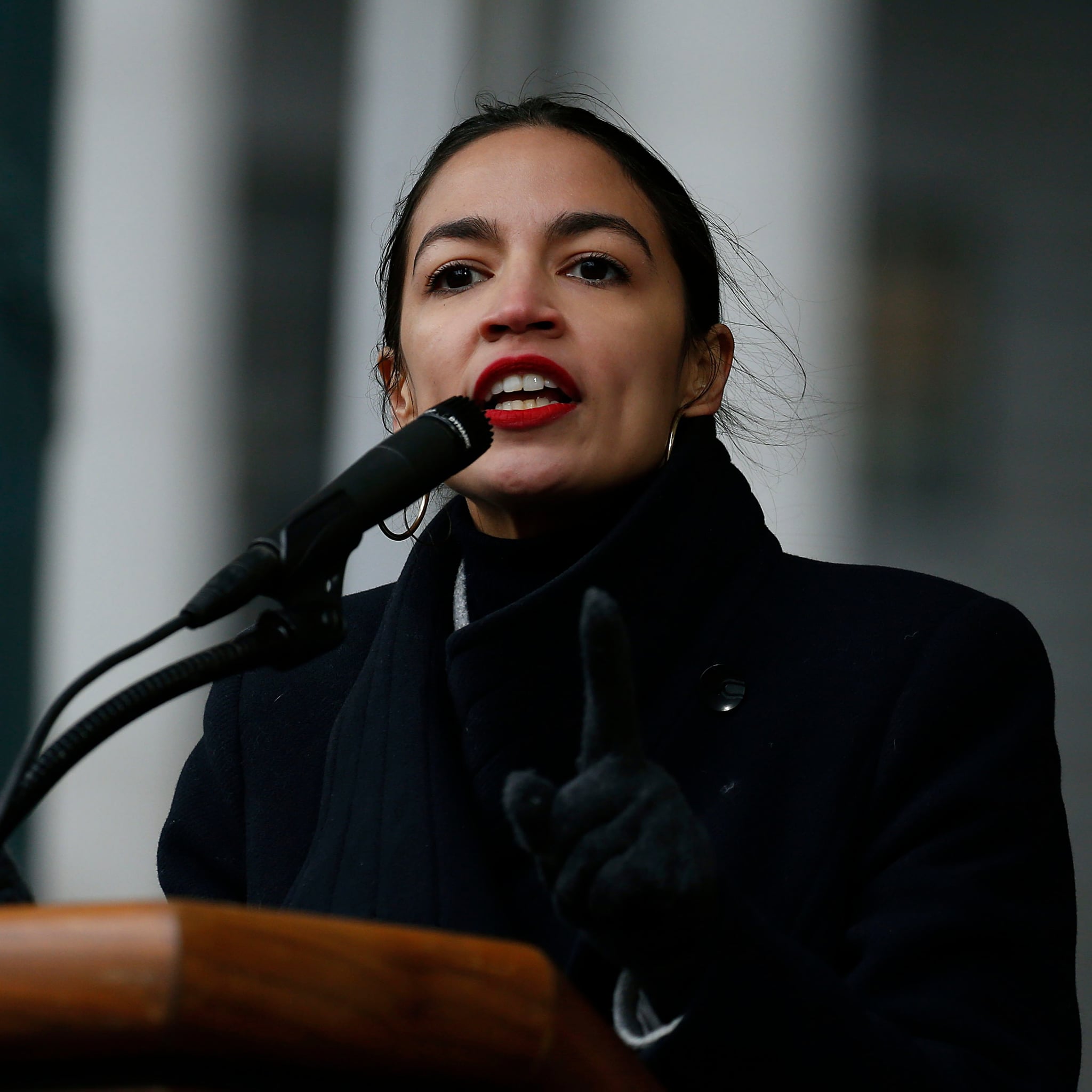 Representative Alexandria Ocasio-Cortez at the 2019 Women’s March in 2019. (Photo via PopSugar)

Alexandria Ocasio-Cortez is a 29-year-old Puerto Rican-American woman from the Bronx and an avowed democratic socialist. Her campaign video shows who she is and exactly how she is different from the “old school” congressional platform. She is from a working, middle-class family and holds the values of the people she represents. She has been a teacher, a student, a waitress, and an organizer for the Bernie Sanders campaign. In her video, she admits that “going into politics wasn’t a part of [her] plan.” But after noticing a lack of proper representation in politics, she stepped up to give the working class residents of New York’s 14th Congressional District what they need. She will endorse progressive healthcare, education, and criminal justice policies.

She attended the New York City Women’s March and spoke to the crowd, detailing her justice-oriented platform. Then, she said that she wanted to ensure that “the least among us is advocated for the most”. Thus, her speech perfectly encapsulated what the Women’s March stands for.

The March does not stand for any one person’s anti-semitic, racist, or homophobic beliefs. Rather, it stands for the empowerment of women and all people. And that is what on the streets in 2017, in 2019, and what we will see in the world in the future.