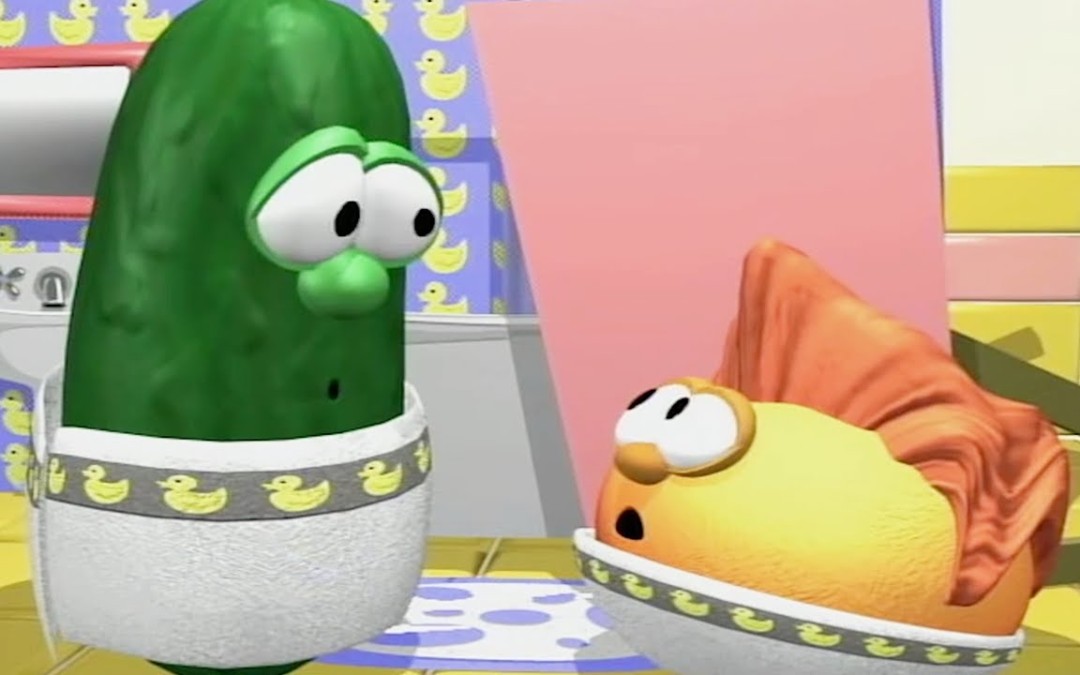 “The Annual Whiteness Forum,” a gathering of sensitized college students that met this year at Cal State in San Marcos, has dubbed VeggieTales, the beloved Christian children’s television show, racist. The argument focuses on the notion that the villains of each show are ethnic minorities, while the heroes are white. This thus brainwashes children into believing that white is good and that minorities are evil. When I first read this argument, I did not know whether to laugh by its stupidity or cry because people actually thought that it had any validity.

The first thing that must be acknowledged is that the actors in the show, as the name implies, are vegetables. The show is hosted by Larry the Cucumber and Bob the Tomato. While a tomato may be argued as a fruit, there is still no actual human person that appears in a single show. The closest thing that we get to an actual human comes from the letter read at the beginning of the show that prompts a message in Christian values. Having grown up watching VeggieTales, I can speak from experience when I say that a young child watching the show is not identifying a vegetable as a particular race of humans, but rather as a vegetable, and instead is going to be more focused on the message that that particular episode is trying to impart.

The message of a VeggieTales episode will invariably be a message of God’s love, and how we as his people should live. Thus they teach love, not hate that stems from racism.  In a 1995 episode titled “Love Your Neighbor,” Junior Asparagus leaves a kid named Fernando, who just moved from another country and who “talks funny,” off of the invite list for his birthday, prompting his father to say “You know, Junior, God wants us to love everybody, not just the people that are like us. So we need to accept others just the way they are. Besides, we can learn a lot from people who are different from us.” Through the events of the episode, Junior learns the importance of diversity, and of treating everyone with the same respect regardless of how they act or speak. Clearly this is a violent, racist message that is tainting the minds of American youth.

Many sites were quick to respond, including former writer Eric Metaxas, saying “All vegetables are part of one race, even though they are of many colors. They are all descended from the same parents — the Adam and Eve of vegetables, who foolishly ate a forbidden fruit (irony?) and screwed everything up for all vegetables descended from them,” Metaxas told PJ Media. “At least I’m pretty sure that’s the story.” The Babylon Bee, a Christian satirical news source, published an article detailing an apology issued from the writers of VeggieTales for an episode where Larry the Cucumber joins the KKK. With a tagline of “God made you special, and he loves you very much,” the only logical conclusion that can be drawn is that the show is spreading racist propaganda to America’s youth.