The Hidden Message Behind the Firing of Marc Lamont Hill 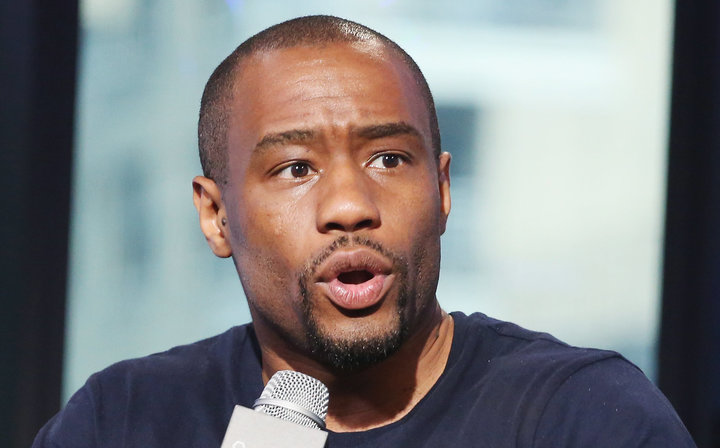 Last Thursday, CNN political commentator Marc Lamont Hill was fired from CNN following his remarks on Israel and Palestine at the United Nations. Hill called for countries to boycott and divest from Israel in the Wednesday speech given for the U.N.’s International Day of Solidarity with the Palestinian People. He said:

“We have an opportunity to not just offer solidarity in words but to commit to political action, grass-roots action, local action and international action that will give us what justice requires and that is a free Palestine from the river to the sea,” Hill said in his speech.”

The key phrase that Hill used in his speech which upset many people is “free Palestine from the river to the sea.”

That phrase has historically been used by Hamas in calling for the elimination of Israel. Hamas is a Palestinian Islamist political organization and militant group that has waged war on Israel. Hamas seeks to replace Israel with Palestine in a one-state-solution, meaning that Israel would be dissolved and become Palestine.

The Israeli-Palestinian Conflict is very complicated, and Hill certainly misspoke in his speech by using such charged words. However, Hill was not arguing for the destruction of Israel and unveiling any anti-semitic views that he supposedly harbors. Hill is certainly not an anti-Semite—if anything he is the opposite. Hill only is arguing for self-determination of the Palestinian people.

The United States has had a strong relationship with Israel over the past half-century. The issue of Israel is becoming increasingly more partisan, with Republicans more-often-than-not siding with Israel and Democrats typically questioning the Israeli government. The United States’ relationship with Israel is rooted in a common interest in fighting jihadism. The two countries have shared intelligence on terrorism, nuclear proliferation, and Middle Eastern politics. Israel’s military experiences have shaped the United States’ approach to counterterrorism and homeland security. Ever since the War on Terror began, the countries increasingly became closer.

Although the fight against terrorism is important, Islamophobia is a large part of the War on Terror in both Israel and the United States. Israel has been known to spread Islamophobic propaganda to the public and openly support the United States in wars against predominantly Muslim countries.

I believe that individuals must be able to critique Israel without being accused of anti-Semitism, as Israel has been exempt from punishment for human rights violations that they have committed. No nation is above the law, and no nation can deny a group of people their right to freedom and safety.

Marc Lamont Hill spoke brave words in opposition to Israel’s actions towards Palestine. The theme behind Hill’s message was this: all people should have a voice and nobody is exempt from justice. Israel is denying the Palestinians the right to their fair share of land. Hill in no way was calling for the destruction of Israel. Rather, he was calling for equality for Palestinians in their struggle for land and a unified nation.

Islamophobia continues to marginalize Palestinians. CNN fired Marc Lamont Hill for trying to courageously open up a dialogue about an issue that needs to be addressed. Canning Hill attempts to silence a critic of a nation that has many ties with the United States and the U.S. media. Justice must be served for Hill, as no nation is exempt from facing justice for its actions. The media should be responsible for questioning institutions, not silencing those who stand up for what’s right.