Will Manchester United’s Manager Be Sacked Once Again? 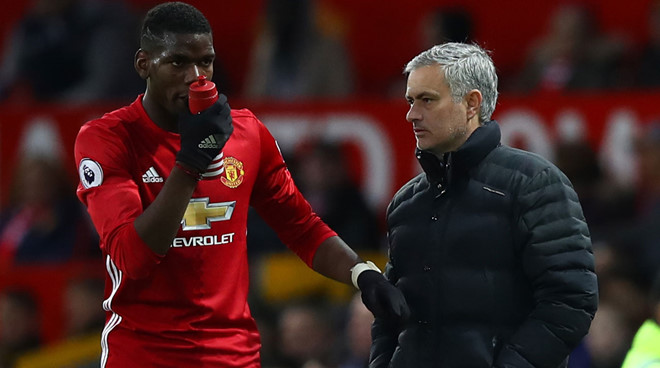 Standing 8th in the English premier league and getting knocked out of the Carabao Cup, the mighty Manchester United is not doing so well this season. With the recent loss to West Ham and Brighton, United’s fans are publicly blaming their manager, Jose Mourinho, for the poor performance.

This year being Mourinho’s third season for the club, Manchester United was named one of the favorites to win the English Premier League. Spending almost $86 million this summer in the transfer market, it is apparent that Mourinho was also ready for a serious competition for the league title. However, instead of a competition to win the league, what Mourinho faced was a total calamity.

As a winner of the 16-17 English League Cup and four other times, Manchester United was always regarded as strong in the Carabao tournament. In spite of that, on September 25th,  Manchester United was knocked out on the third round, getting defeated by Derby County, a second division English team. In addition, what angered Manchester United’s fans more was not only the scoreboard but Mourinho’s interview after the game. After losing against Derby, Mourinho mentioned how his players alway lack determination in the field.

Jose Mourinho and Paul Pogba during a game. (Photo via Getty Images)

With Jose Mourinho blaming his team rather than questioning his own performance, Manchester United fans started to be furious. As well as his poor performance, Mourinho’s cold style of managing his players is also an issue. According to recent research, almost ten players are planning to leave Manchester United if Mourinho is still in charge in before this year ends. This list not only includes the super star Paul Pogba, but also other world class players like David de Gea and Anthony Martial.

Despite all of these facts, Jose Mourinho should not leave Manchester United. For the past six years, Man United replaced their manager a total of three times, with Mourinho being in charge since 2016. Evidently, one can assume that Manchester United’s recent downfall is not because of their manger but something else. It might be the staffs or even the depth of the squad that might be holding the club’s back. Moreover, finding a manager as experienced as Mourinho will not be an easy task. Winning his first trophy at 2002 with Porto, Jose Mourinho has a total of eight league titles, thirteen cups, two European champions league titles, and two Europa titles. With three of the league titles being EPL, he currently holds the most English league titles among the managers coaching in the premier league.

Mourinho may have have a unique, or even peculiar, style of coaching some may be uncomfortable with. However, this does not change the fact that he is one of the most successful managers alive. Perhaps, what Manchester United needs is not sacking their manager, but giving him enough time to merge into the team perfectly.