Death Toll Surges to 800s in Indonesia Earthquake and Tsunami On Friday, the first series of tremors were felt at 3am EST, 35 miles north off Palu, Indonesia. Consequently, a 7.5 magnitude earthquake occured at a shallow depth of 10km just off the central island of Sulawesi, triggering a tsunami as high as 20 ft, hitting the beaches of cities of Palu and Donggala.

The confirmed death toll of the earthquake and tsunami has risen to 832. Vice president of Indonesia, Jusuf Kalla, has said that it may soon rise into the thousands. The city of Palu has been completely destroyed by the earthquake and tsunami waves. There currently is a shortage of electricity and power in both Palu and Donggala, while drinking water and fuel continue to deplete. With a limited access to equipment needed to help rescue efforts, most of the search has been conducted by hand. Many remain missing in the city whose population is of 335,000. Some have been thought to be trapped within the debris of collapsed buildings caused by the earthquakes and tsunami. Bodies have strewn the streets and the injured are being treated in tents due to the severe damage cause to the hospitals. Nining, a local resident, told the local media, “Many corpses are scattered on the beach and floating on the surface of the sea.” 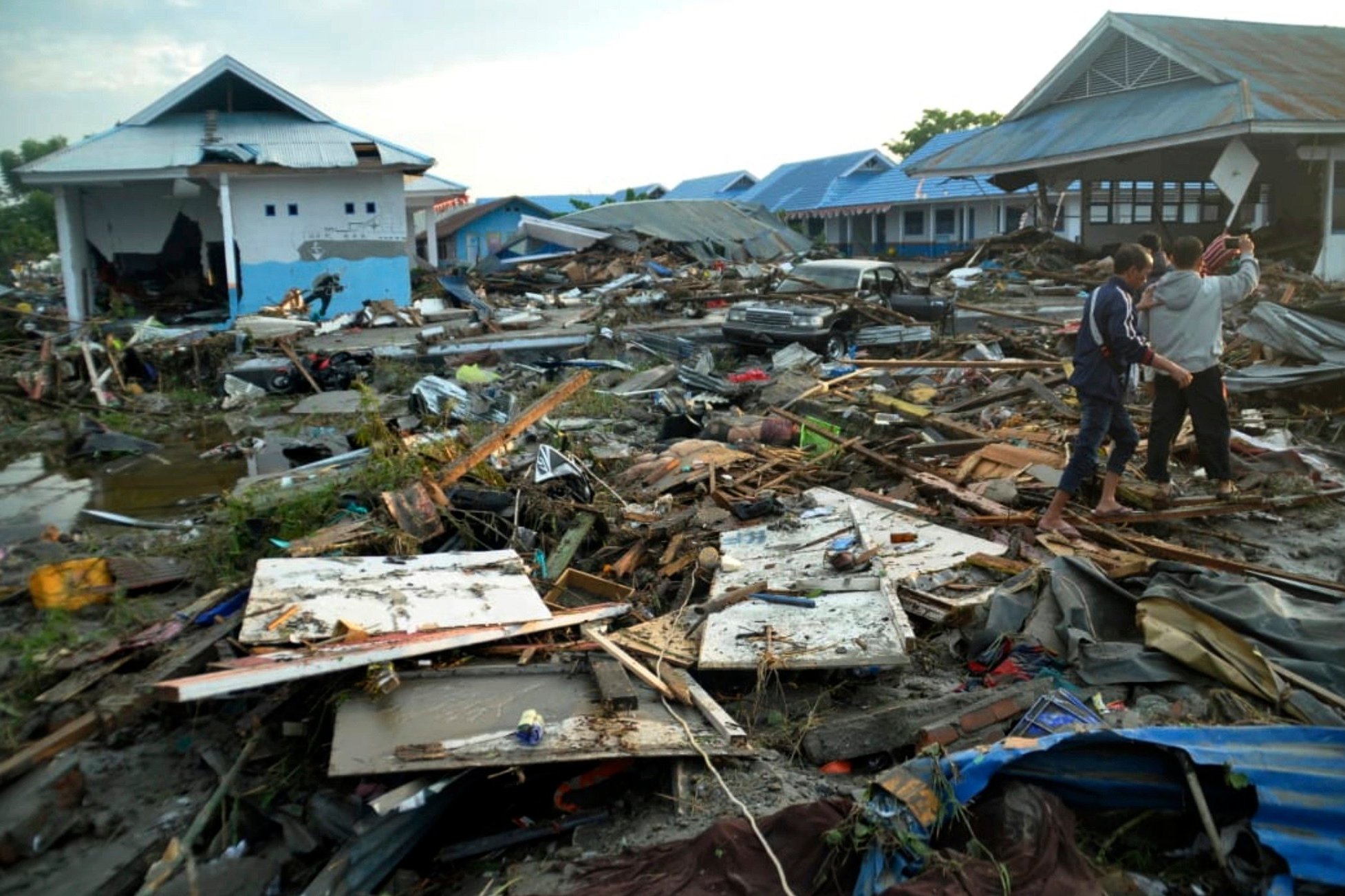 Photo via the Evening Standard

Muhammad Syaugi, head of the national search-and-rescue agency, told AFP news agency,“What we now desperately need is heavy machinery to clear the rubble. I have my staff on the ground, but it’s impossible just to rely on their strength alone to clear this,”. Aid is being flown from the capital, Jakarta, to Palu.

However, the worse does not seem to be over. In the city of Donggala, many are still unaccounted for and the degree of destruction is still unclear. Jan Gelfand, a Jarkata-based official at the International Federation of Red Cross and Red Crescent Societies stated, “We have heard nothing from Donggala and this is extremely worrying. There are more than 300,000 people living there. This is already a tragedy, but it could get much worse.”