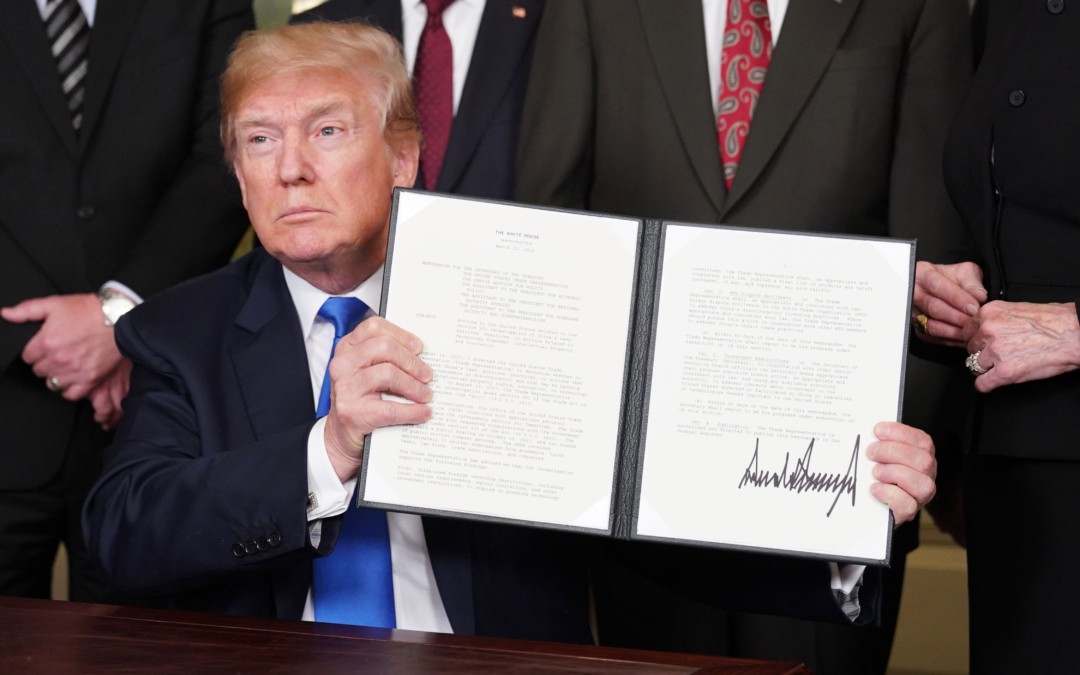 The Trump administration has recently announced they are considering to lever another set of tariffs on Chinese imports totalling $200 billion USD. The Chinese are still discussing how to retaliate; however, their number one target remains United States companies. These threats, from both Washington and Beijing, have hampered the attempts of the Treasury Secretary and many business moguls to bring amends between both sides of the Pacific.

It must be noted that Donald Trump has used tariffs as a way to bring China to the negotiating table, in which, not much has been agreed upon. However, many critics have argued that tariffs are doing more harm than good for the U.S economy. Nonetheless, the gross domestic product (GDP) of the United States rose 4.1% last quarter and is on track to rise even higher this quarter. The Dow Jones Industrial Average (INDU) has risen to 26,154, only 500 points away from the historic high reached in January this year.

China’s GDP has been growing rapidly, boasting the number 1 spot on developing economies. China’s economy operates as a revolving door, as they import raw materials and then export finished goods, making them the second largest importer and the largest exporter. Thus, their rapid growth has been fueled by their ability to export materials and finished goods to the rest of the world. Tariffs would hamper their ability to export goods; thus, their economic growth will falter and as a result of this, and investors have conveyed their concerns in the decline of the Shanghai Composite Stock Exchange Index (SHCOMP). The Japanese index known as Nikkei 225( NKY), and the Dow Jones have both surpassed the SHCOMP, reinforcing the concern of foreign and domestic investment in China. 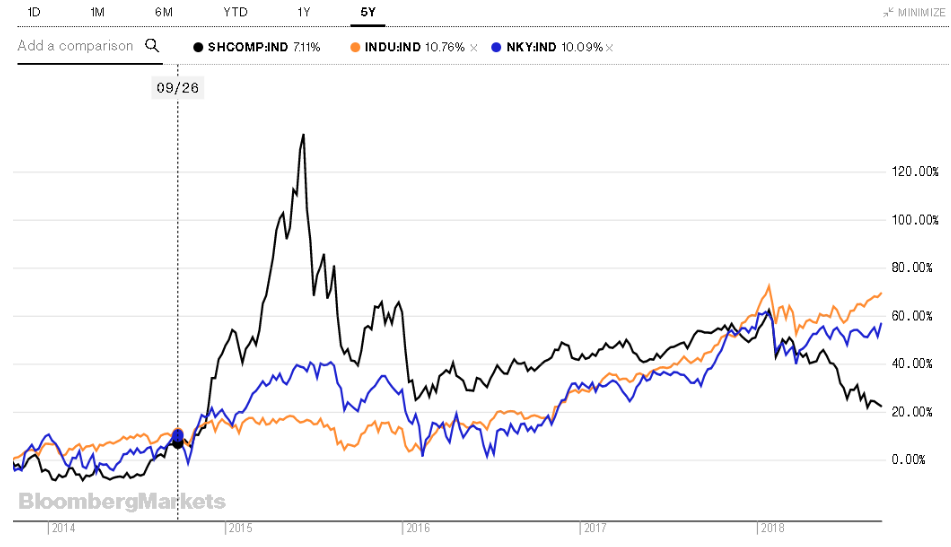 The current regime is faced with a dilemma as both foreign and domestic support are wavering. Donald Trump has forced their hand as they must now come to the negotiating table with less than favorable terms. Even though the United States holds the upper hand in the talks, the negotiators must not press China too hard. The economy is signaling a recession in the next two years, and a breakdown of trade talks between the United States and China might catalyze the next global economic crisis.