Are We in a Post-Truth Era? 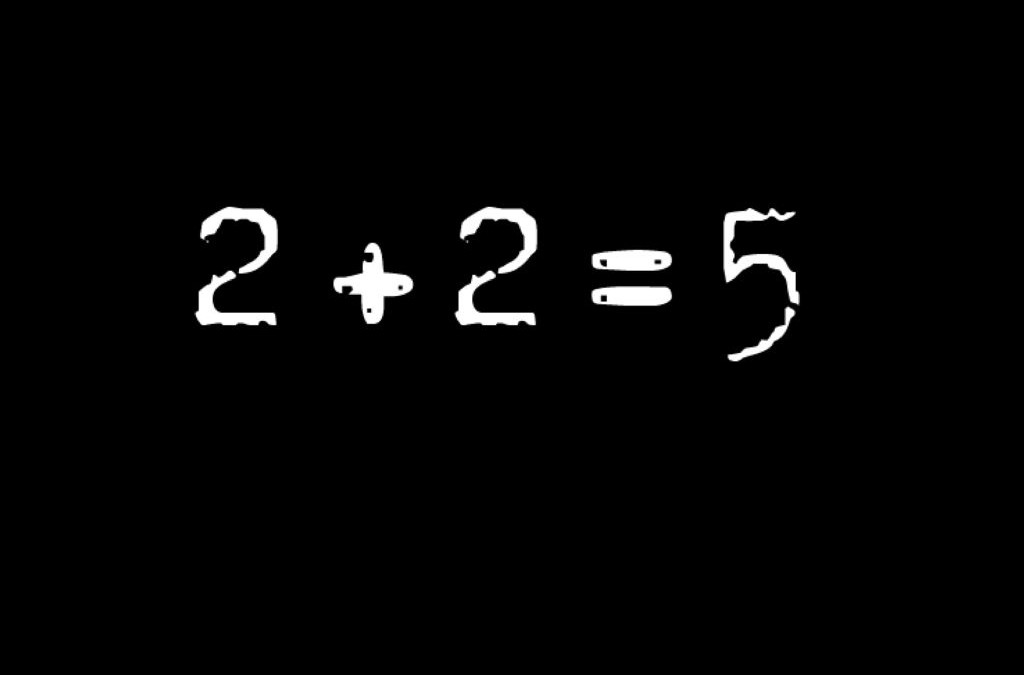 Quickly Google “post truth era” and you will find a multitude of articles about white lies in our daily life, recent politics, or moral relativism, but that’s not what I am going to talk about. What I want to discuss here is the possibility that we have entered into an era where humans are no longer motivated to believe in empirical truths. Instead of starting with “Why would people not accept empirical truths?”, I want to start by asking “Why does anyone believe in them in the first place?”

Well, historically, we needed an accurate understanding of the world for our own survival. A thinks lions are dangerous, but B disagrees. B gets eaten. C thinks jumping off a cliff isn’t a good idea. D disagrees. D becomes a meat patty. The truth mattered because the ones who denied it didn’t live long. Slowly, the ones who remain and pass on their genes have an inherent tendency to search for empirical truths and accepted them without hesitation.

People have believed in the truth in the past. So why might today be different?

We are going to introduce a competitor for believing in the truth here: believing in what you want to believe in. Yes, let’s admit it, we all want to be right. The feeling of saying “I told you so” and seeing the other sport team or political party getting crushed is exhilarating. It feeds our ego and reaffirms our self-image of impeccable intelligence. And it does it so much that we don’t always admit it when we are wrong. We deny, change topics, or keep arguing for the sake of arguing. 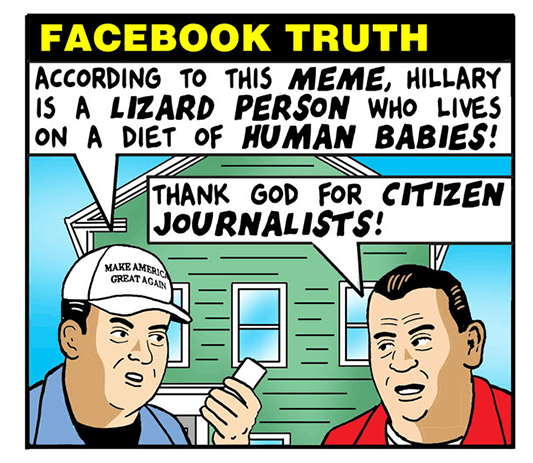 It was Matt’s choice to include this comic. It’s from The Nib. He really likes The Nib.

In the past, this strategy has not worked when it comes to empirical truths because all the B’s and D’s who argued about keeping a lion for pet or jumping off a cliff to fly are all dead. However, today is a different era where not many statements of truth we discuss affect our imminent survival. A thinks the Earth is round, B disagrees. A and B continue to exist in harmony. C thinks human behaviors are causing the global temperature to rise, D disagrees. Both C and D happily live on. The point is, believing in empirical truths matters only when it affects our survival. Past that point, people can deny whatever they want to—whether it be history, science, or something else—without any consequences. And some people do, because we all want to be right and believe in what we wish is real instead of what is actually real. Recent news might have been an indication of a rise in this trend, and I can only imagine what will follow.

Author’s Note: Hi all! Thanks for reading. I am not great at writing arguments that are both logically consistent and interesting to read. So in order to make the article more interesting, I traded accuracy of language for readability, which made my argument not always rigorous. If you are interested in a more “argument version” of the conjecture rather than an “article version” of it, comment and we can discuss!