My Descent into the Abyss of Confusion 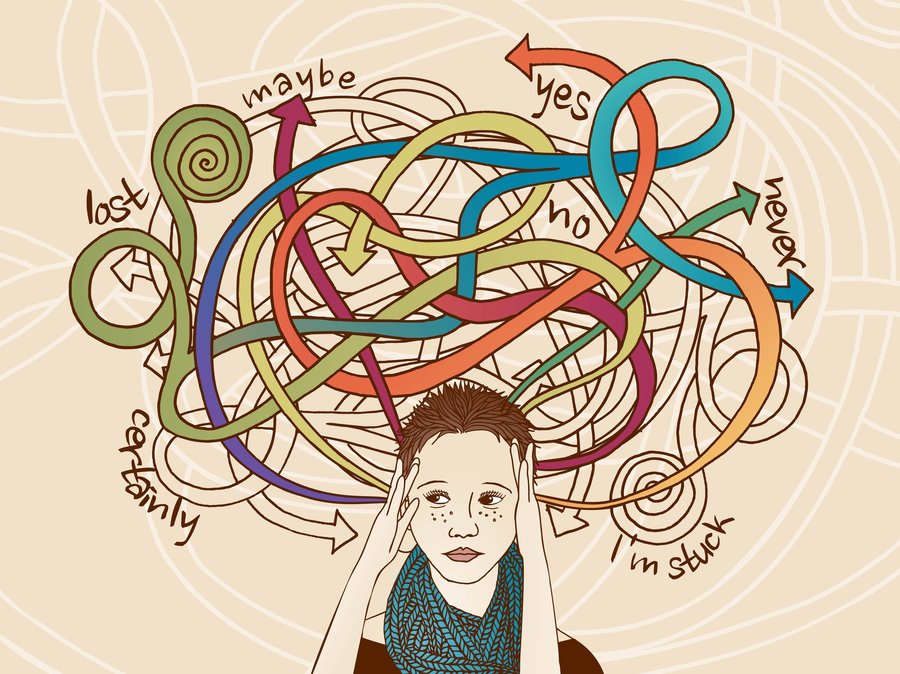 In the span of a few months, I transformed from an apathetic eighth grader into an impassioned leftist willing to spar with anyone. And in freshman year, as the 2016 election heated up, so did my fervor for politics and my willingness to debate. As I learned more about politics, read more political journalism, and received a subscription to The Nation for my birthday, I confirmed and bolstered these beliefs. And while my political convictions were (and remain) an outward reflection of my personal values, they have also been a source of pride. I liked to be the liberal kid obsessed with politics.

Upon coming to St. Mark’s, among my friends and classmates, I quickly established myself as ideologue I wanted to be. If I am present at a lunch table, there is a fair chance that the topic of the conversation will become political. Thus, naturally, I have engaged in a multitude of political conversations. Some have been funny, some civil, some ill-informed, some futile, and some vitriolic, but in all of these conversations, I professed my views assertively. I sought solace in the Parkman Post, a place where I could avow my beliefs in a way that would help my college applications. Writing articles like these, I basked in the reputation I gained among the Post’s six readers.

In political debates, my most common tactic was to appeal to evidence—whether it was nebulous, paraphrased, or just completely butchered—to give my arguments a flair of objectivity, so expectedly, I would struggle to counter when my opponent provided equally vague evidence that opposed my argument. And more broadly, at the sight of evidence that contradicted my viewpoints, I would grow uncomfortable. I had become so absorbed in my political ideology—and in some ways, my political identity—that contradictory evidence was disconcerting.

I remained open and willing to debate opponents, but I was hesitant to change my beliefs out of fear that changing my opinion on even one or two issues would mushroom into a full-fledged ideological transformation. My emotional attachment to leftism was just too strong for me to risk becoming a conservative.

This bubble popped during a Young Democrats meeting last week. The topic of the discussion was gun control, and a right-leaning student was invited to present his opinions and to encourage healthy, bipartisan debate. Although I continue to support stricter gun laws, the conservative student’s cogent rebuttals to my arguments made me question my preconceived notions. On the car ride back home that night and while I did my homework, I puzzled over gun issues. My ultimate conclusion? I know very little. During most of the discussion, I was shooting from the hip.

In a conversation the next day with my dad, my preconceived notions did not cease to be shattered. And during my Saturday class, Contemporary Issues in American Politics, I began to question if my political ideology had any coherence to it at all. Did my political opinions accurately reflect my personal values? Did they have basis in any fact? Because of how important my leftism was to me, it troubled me that I couldn’t answer these questions.

If you’re one of the six regular readers of the Parkman Post, the sky is not falling; I am not becoming a conservative. If anything, I’m becoming more liberal, if my latest results from the 8Values political quiz are any indication. I still value equality, care, and liberty. I remain supportive of universal healthcare, paid maternity leave, a woman’s right to choose, adoption rights for same-sex couples, criminal justice reform, and all that liberal jazz. But I am now aware of the disconnect between my personal values and my political views; I remain unsure on what particular political stances are most reflective of my personal convictions.

So what have I decided? I’m going to read more. I have anarcho-socialist philosopher Peter Kropotkin’s The Conquest of Bread and Thomas Piketty’s Capital in the Twenty-first Century, and I can easily access books like The Conscience of a Conservative or anything by William F. Buckley with a click of the mouse. I still espouse leftist views—and I will continue to articulate these views on the Post—but they will become more complex, nuanced, and informed. Now, above all, I don’t care about my stature. I want to dig deep into my personal convictions and discover what I truly believe.

Featured Image via NPR: “Sometimes Confusion Is A Good Thing”