Hypocrisy in the White House? Shocker. 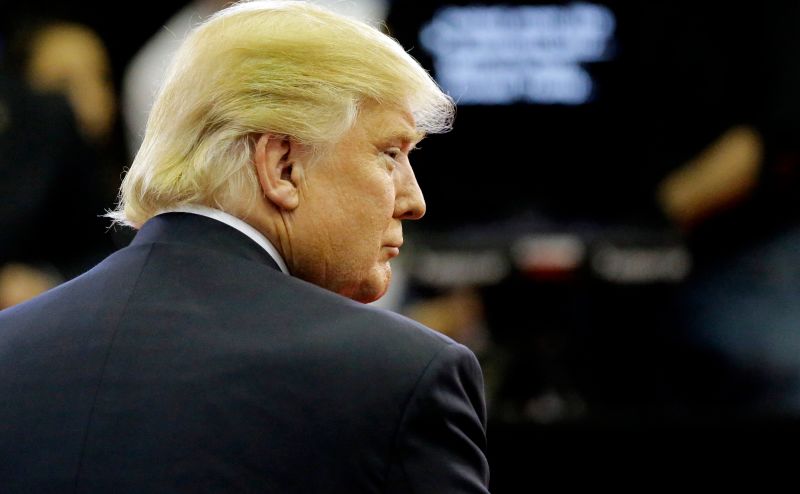 Today, President Donald Trump declared that April is National Sexual Assault Awareness Month. This continues a tradition first turned into a proclamation in 2010 by then-President Barack Obama. This past year has focused on the #MeToo movement, as more and more survivors are bravely coming out of the shadows to tell their stories of the the heinous and reprehensible sexual crimes committed against them—primarily in the workplace.

“Sexual assault crimes remain tragically common in our society, and offenders too often evade accountability. These heinous crimes are committed indiscriminately: in intimate relationships, in public spaces, and in the workplace,” the presidential proclamation from the White House states.

That sounds a lot like you, Mr. President. Over the past year, 15 women have spoken out against you, accusing you of sexual harassment, lewd behavior, and sexual assault, all absolutely appalling and unacceptable. 13 of the women say that Donald Trump attacked them and the other two say that Trump behaved in ways that made them uncomfortable. Mr. President, you represent the pinnacle of hypocrisy in our society. You have evaded accountability for your actions through profuse denial and even attacking the women brave enough to stand up against you, the leader of the free world. If you truly had a conscience, you would admit to your crimes, and hold yourself accountable for them.

You are sending the wrong message to the youth of America by attacking and refuting your accusers. 15 women accusing you of sexual assault is not a conspiracy. These women have nothing to gain by telling their stories. These women are telling the truth. In the past, you have said that you can “get away with things like that,” referencing your presence in the dressing rooms of Miss Universe contestants while they were undressing. Mr. President, you are a liar, and you must stop hiding behind your rhetoric and lies and confront justice and the truth.