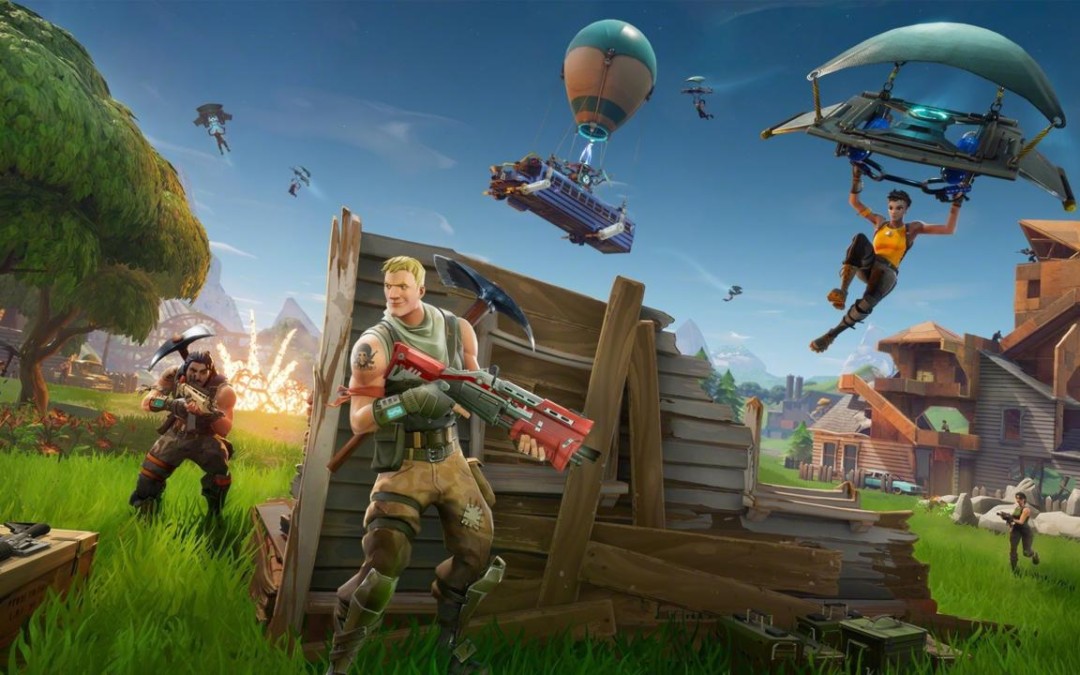 Fortnite: we’ve all heard of it by now. We have all either played it, seen someone play it, or have seen all the possible dances done in person. Or all three. We all now immediately recognize these animated characters with their human-like features and their various weapons. So what really is this thing that we all know but don’t understand?

Well, here’s how Fortnite works: There are 100 players in each game, dropping from a blue flying bus (known as the battle bus) onto different locations on the map, each location having strange names such as Tomato Town or Anarchy Acres. Each player must then find weapons in order to kill other players. The last one standing wins. There is also another mode, but you would have to pay for that and no one likes to do that. Which brings me to my next point: One of the reasons this game is so popular is because it’s free. Just about anyone can play it on just about any platform, and now with its recent release on iOS, people can play it anywhere.

Another reason for Fortnite’s popularity is its compatibility. Though limited, the game was designed for lower-end PCs, including iMacs and Surfaces. This adds to the amount of people that can easily play the game. But, as I said before, it is limited.

Personally, I do not see the point in this game. Around the world, it’s becoming more of an epidemic and people in power (mostly parents) are getting worried. The game is just too attractive. But when I look at it, I just see another battle royale game. Nothing special. But who knows, maybe I’m just not following the trend.