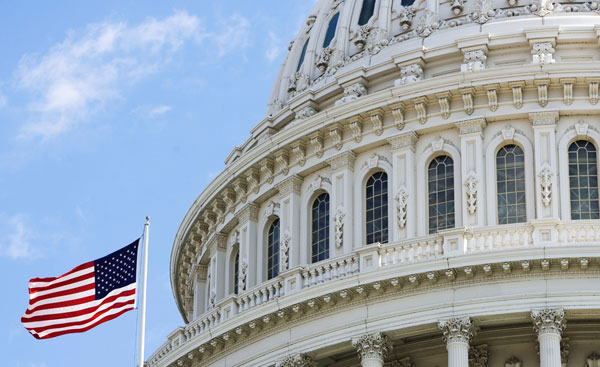 But can the GDP hint at anything more than a country’s economic health? Three percent is the generally-accepted benchmark for annual GDP growth in the United States, and the impact of economic policies and agendas are often judged against this benchmark. While a strong GDP growth certainly indicates balanced productivity and employment, GDP is too often used as if it is an end in itself. GDP purists seem to ignore that the time period in the last 50 years with the greatest stagnation in wealth inequality, 2006-2013, was concurrent with an average annual GDP growth of around 1.2%.

Conversely, the United States saw a considerable widening in the gap between the rich and the poor from 1991 to 1999. The average GDP growth during this time period? 2.88%. Correlation, of course, does not equal causation, but the rising income inequality at least illustrates that economic prosperity is more likely to benefit the rich than the poor. 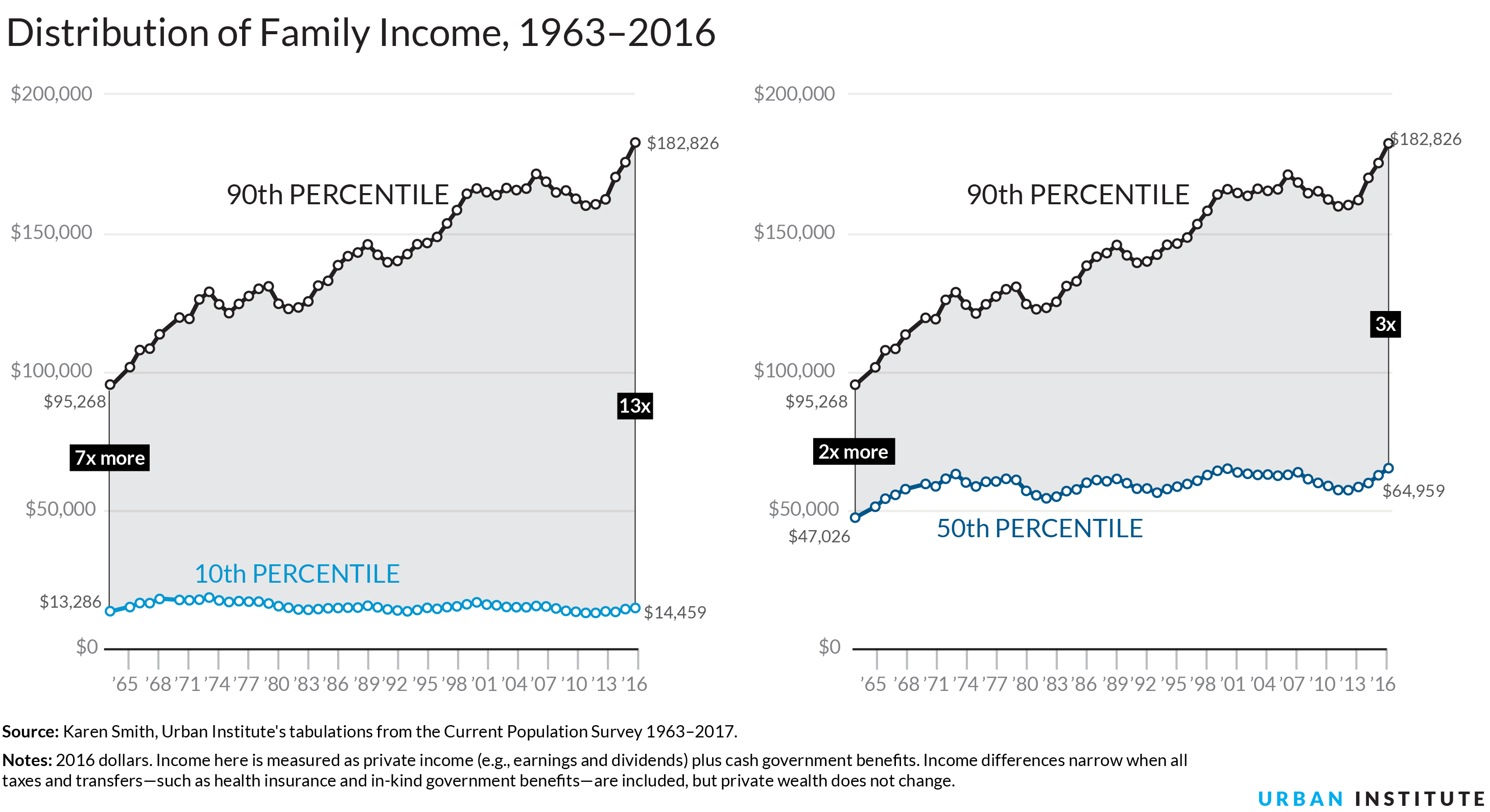 Graph and Data via Urban Institute

Ever-rising income inequality and the declining probability of individual economic mobility are evidence that the rich have been taking their economic prosperity and hoarding it. The opportunities that they enjoy—private colleges, pricey suburban homes in strong school districts and low crime areas, and unhindered access to healthcare—are clearly not equally distributed among the population. Thus, the main focus of economic policy should not be raw economic growth if it’s only going to benefit a minority of the population.

The United States, nonetheless, has the highest GDP in the world. What it doesn’t have, embarrassingly, is universal healthcare, paid maternity leave, or affordable college. Economic mobility should be the principal metric of economic prosperity. So as long as GDP remains the main indicator of economic health, the rich will be able to line their pockets with impunity. It’s time for a new economic indicator, and it must reach deeper than GDP. Among its variables should be not only economic output but also access to healthcare, likelihood of economic mobility, and access to education.

Unfortunately, among many conservative politicians, economic inequality is not a cause for concern. Implementing something like indicator X would require a redefinition of the term “economic prosperity”. Still, however, the international community has adopted indicators that consider factors besides economic output. The Human Development Index, or HDI, takes into account life expectancy, gross national income, and expected years of schooling. Bhutan, a tiny kingdom in the Himalayan mountains, uses the Gross National Happiness Index. The GNHI takes a holistic approach, including the factors of psychological wellbeing, health, education, time use, cultural diversity and resilience, good governance, community vitality, ecological diversity and resilience, and living standards.

Economic growth as defined by GDP is often necessary to achieve the goals enumerated by Gross National Happiness. But as evidenced by the rising economic inequality in the United States, GDP growth does not necessitate en masse improvement in quality of life. Thus, a new indicator that maintains the current benefits of GDP but also includes factors relating to equality will better estimate economic prosperity and potentially help to assuage the scourge of income inequality.