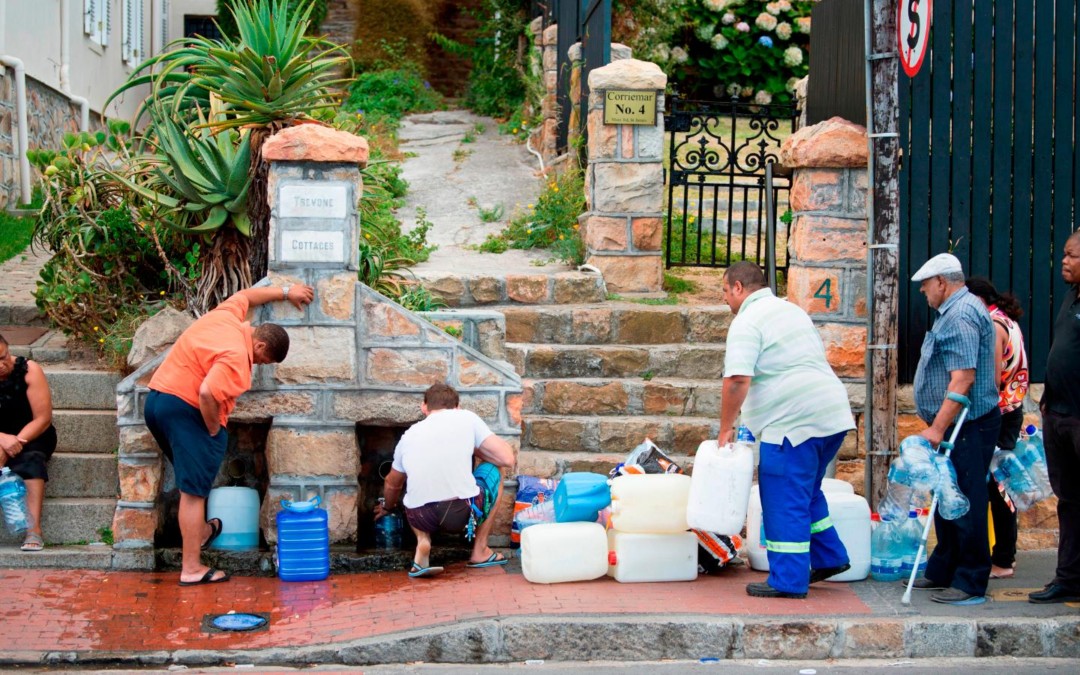 It seems like a movie script. A city’s water supply has dried up, creating chaos and  anarchy. But this is no fiction. In Cape Town, citizens are preparing for the worst—the clean water supply running out. And soon.

For three years, the Western Cape province has experienced a drought like no other. Meteorologists have called it the worst drought in over a century. Reservoirs have dried to almost a quarter of their original size. Plans for desalination plants are delayed. “Day Zero”, the day when the supply of fresh water runs out, was originally calculated to be April 21, 2018. However, the estimate has now moved to April 12, but many anticipate that it will happen even sooner.

On February 1st, Cape Town officials told citizens to use less than 13.2 gallons of drinking water per day in an effort to preserve the water that still remains. According to the U.S. Geological Survey, the average American uses 80 to 100 gallons of water per day. However, only half of the people are complying with these restrictions. To counter this, the city is monitoring households’ water usage and fining those who use more than the limit. Yet, people continue to water their lawns, filling pools, and bathe, not at all bothered by the fines.

If Day Zero does arrive, the city will have to shut off piped water to over a million homes. Citizens will have to collect water from one of the 200 security-guarded collection points, and the limit will be dropped to 6.6 gallons per day. In addition, the city has suggested alternative solutions to hygienic methods which require water, such as pit latrines and “alternate dry sanitation systems”. There is no estimate for how long these restrictions would last as water will continue to have to flow to hospitals, hotels, and schools.

To save water, residents are adapting to a different way of life. Some use excess water from the shower and sink to flush the toilet. Others, such as Petronella van Schalkwyk, come up with other unique ways to save water. To clean, she uses two spray bottles—one filled with soap and one filled with water—so that she doesn’t need to fill a bucket.

The winter rains usually start in April, but can hold off until late June. Many are preparing to live with little water until there is enough rain water to fill the reservoirs. The outlook for Cape Town is looking bleak.