ICBMs: How They Work and What Can Be Done to Stop Them 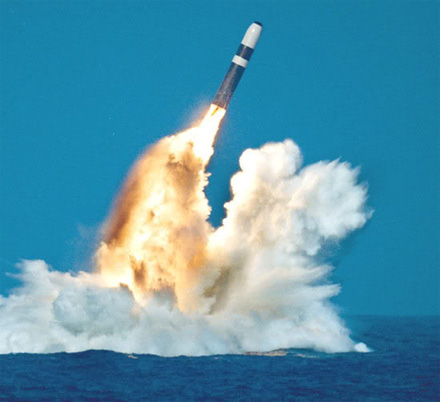 Intercontinental Ballistic Missiles, or more oftenly called ICBMs, are a type of long range missile that has the capability of making strikes from across the globe. They have appeared recently with the North Korean regime’s use and research of these weapons.  They were first implemented by the United States and the Soviet Union during the Cold War but have never been used to attack another nation.  The United States currently has the capability of launching these missiles both from ground bases and submarines and ships across the globe. 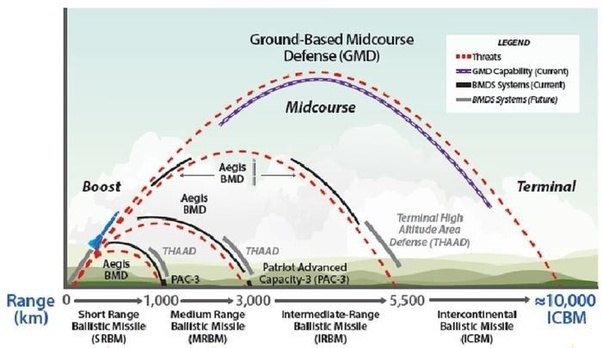 ICBMs have a very different trajectory than other types of missiles.  Instead of forming a straight line toward their target, ICBMs perform an extreme arc, leaving earth’s atmosphere and then striking the target from a steep angle.  This allows for the missiles to be fairly difficult to shoot down and extremely accurate in most cases. Typically the warhead is carried by a two stage booster that pushes the rocket up into space, releasing the warhead at its highest point to accelerate down towards the target. 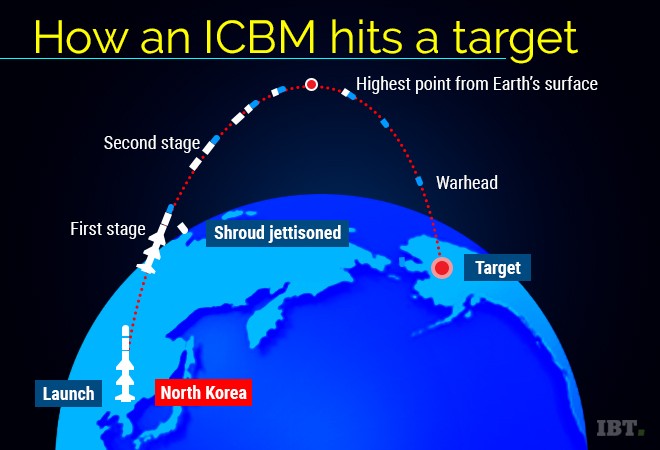 The missiles that we have seen from North Korea have not traveled very far, 620 miles with the most recent test, but could travel up to around 8,000 miles if they were to get the maximum range out of it.  The range of the missiles is dependant upon their trajectory, so the steeper the trajectory, the shorter the range.

Even though these missiles are very difficult to shoot down, the United States military has 36 missile defense systems across the country.  Given the complexity of the trajectories of these missiles, these defense systems are very sophisticated.  The way the work is that four smaller projectiles are fired at the missile, in attempt to shoot it down before it reached U.S. soil.  With recent advances, they have a 97% success rate.

Should we worry about a strike from North Korea?  The chances of a missile actually landing on a U.S. target are very slim, but it still is a possibility.  Given rising tensions and an increase in aggressive language from both President Trump and North Korean leader Kim Jong Un, we could be inching closer and closer towards conflict.