The Republican Cult of Personality 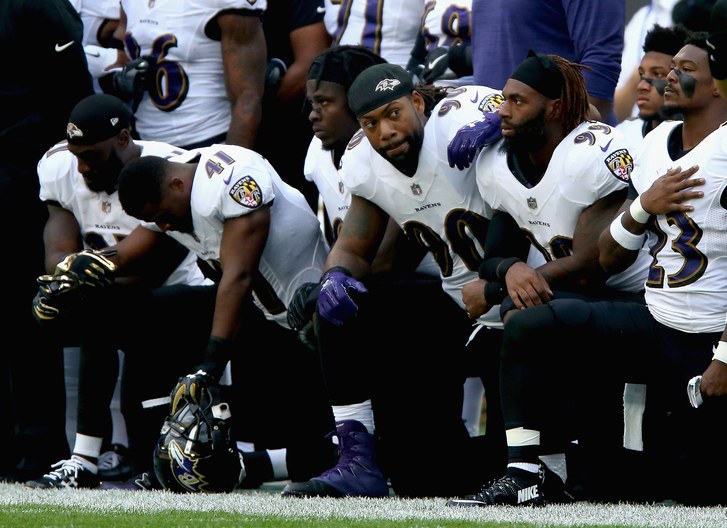 Long gone are the days when the Republican Party actually stood for something. Fortified by reactionary right-wing media, the GOP managed to sabotage the Affordable Care Act and scapegoat President Obama for its ostensible failure. Such tactics became evident early in Obama’s first term, but the public response to the party’s political nihilism never affected actual change. How some people still view the Republican Party as virtuous is beyond me.

To disprove the longstanding accusations that the GOP places party over people, a handful of Republican presidential hopefuls rebuked the candidate Trump, and self-proclaimed conservative ideologues in Congress still condemn the president regularly. But ever since he assumed the oval office, former Trump critics have shied away from confrontation. Even Mitch McConnell, the GOP Senate Minority Leader and a recipient of one of Trump’s signature tongue-lashings, has been feeble at best in his attempts to rein in the president.

The pardoning of Joe Arpaio, a symbolic step toward a police state, should have caused stirs within the party. To the credit of Jeff Flake, John McCain, and Ileana Ros-Lehtinen, longtime critics of the president, there was some indignation. Jeff Flake’s tweet read:

Regarding the Arpaio pardon, I would have preferred that the President honor the judicial process and let it take its course.

Never in his tweet did Flake mention Sheriff Joe’s willingly unlawful profiling of Latinos. Flake’s tweet reads as a criticism of the concept of a presidential pardon more than a censure of a dog-whistling president. If the most well-known Republican critic of Trump responds in this way to blatant enablement of discrimination, is there any hope that the current Republican Party will ever take a stand? Or is state-sponsored bigotry not a problem in the mind of Republicans?

The story of how we got to a situation where the vast majority of the Republican Party refuses to condemn the president began in the primaries. Confident that voters would scoff at a reality TV star and eccentric real estate mogul with no experience in politics, Republicans believed that they could denounce Trump with impunity. However, once Trump’s campaign gained steam, previous detractors hopped on the Trump Train in preparation for a Trump presidency.

Trump’s proclivity to start feuds frightened ambitious Republicans, so when he won the election, the Republican establishment halted most of its criticisms of Trump. Sharp censures gave way to feeble critiques, and establishment Republicans routinely came to Trump’s defense when he was under fire.

The NFL debacle is just an expected continuation of the cult of personality that Trump has established in Washington. While Republicans may genuinely view kneeling for the national anthem as disrespectful, anyone with a constitutional compass should be alarmed by the President’s response to the kneeling. Even donors to the Trump campaign and apolitical coaches have recognized the need to express their solidarity with the players who have been unjustly attacked by the president. So why haven’t Republican politicians, many of whom were educated in Constitutional Law, decried this attack on the first amendment?

The answer should be pretty clear. The GOP, made docile by a reality TV star, cannot afford to stick to its principles. Somehow, the GOP’s unprincipled stratagem has not translated to public mistrust. The president has captured a fiercely loyal demographic that, as Trump first said, would still support him if he shot someone on 5th Avenue. His cabinet nomination of elites like Steve Mnuchin and Betsy DeVos did not seem to bother many of the voters who cited a frustration with the elite as their reason for voting for Trump. And as long as this demographic remains in the grip of Trump, the Republicans will continue to shill for the president.