The Guardian of White Privilege 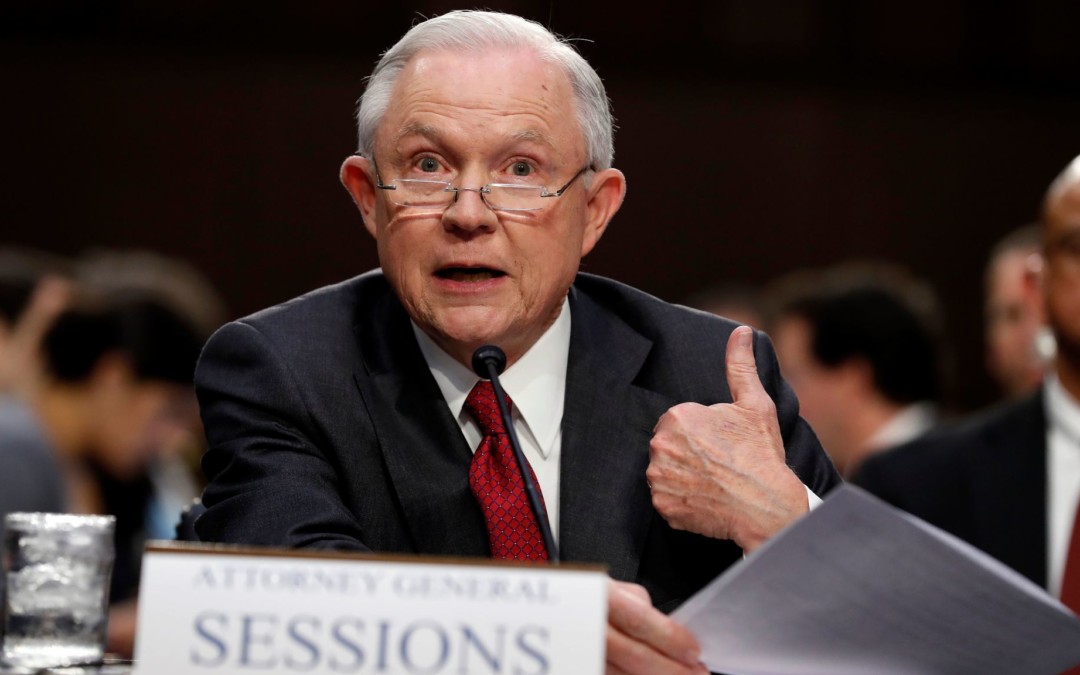 Paying any attention to the record of Jeff Sessions, one could easily gather that the attorney general doesn’t care much for social justice. Dating back to a federal bench’s rejection of Jeff Sessions for alleged racism, the former senator’s history is tainted with support for questionable crime legislation, including opposition to proposals to reduce mandatory minimum sentences for nonviolent crimes. More recently, under the supervision of Jeff Sessions, the DOJ has downsized Obama-era efforts to reform police departments.

Sessions, to a degree, seems to have embraced his regressive, uber-conservative reputation: of all things, he chose to launch a civil rights probe into potential discrimination by colleges and universities against white applicants, a ridiculous proposition.

By trumping up claims of anti-white discrimination, Sessions surely invigorated the milquetoast racism of white America. Middle class Americans who cannot afford to buy their children into college needed a culprit for the increasing difficulty of college admissions, and through the DOJ probe, Sessions cemented nonwhites as that culprit. This move will serve to draw in a particular demographic: white, financially stable Americans whose high but not ultra-high incomes and lack of exposure to diversity have made them oblivious to racial divisions.

Support for Sessions’ investigation originates from an inability to realize just how bad discrimination in this country still is. Suburban, middle and upper-middle class whites who have benefitted from redlining and other discriminatory policies are so isolated from racial and socioeconomic diversity that they forget that it even exists. Columnist and USC lecturer Richard Reeves puts it best: when communities are so racially and socioeconomically homogeneous, the “first-world problems” of suburbia, such as a stressful college admissions process, can be equated to institutionalized racism in the cities.

White suburbia’s disregard for the racial discrimination that has elevated whites by disenfranchising non whites is willful. Access to information in middle and upper-middle class suburban communities is high, so the glaring effects of racist government policies, such as discriminatory home-buying policies and voter I.D. laws, are clear if you’re willing to acknowledge that the policies existed. Unfortunately, out of fear that an unearthing of institutional racism will invalidate their high socioeconomic status, many in white suburbia dismiss the truth.

To white suburbia, Jeff Sessions is addressing a pressing topic, and by painting it as a matter of discrimination, he has legitimized an illegitimate fear and trivialized a serious problem.

To portray the DOJ investigation as a mere political stunt to appease a constituency does not tell the whole story. After all, the attorney general is appointed, not elected, and the Sessions-Trump relationship has been strained ever since Sessions’ recusal from the Russia probe. However, during the campaign, Jeff Sessions was the first member of Congress to endorse Trump, and his political record shows that he and Trump have a strong ideological affinity. And while the filthy-rich Sessions may not be able to sympathize with the varying degrees of financial stress experienced by middle and upper-middle class whites, he can sympathize with their whiteness. Jeff Sessions has demonstrated that, as attorney general, he will fight to defend white privilege.

Donald Trump’s agenda will thrive as long as the chaos continues. He has already illustrated his political ineptitude in his handling of a long-anticipated Obamacare repeal, his quarrel with the federal courts over the travel ban, his feuds with Sadiq Khan, Bob Corker, and Carmen Cruz, and many other debacles. But with a cabinet of people like Jeff Sessions, Betsy DeVos, Steve Mnuchin, and Scott Pruitt, the Trump administration will be able to push through some sinister policies without Congress. It seems that Jeff Sessions has already carved a role for himself in the insidious agenda.