Should Trump Be Messing with the Iran Deal? 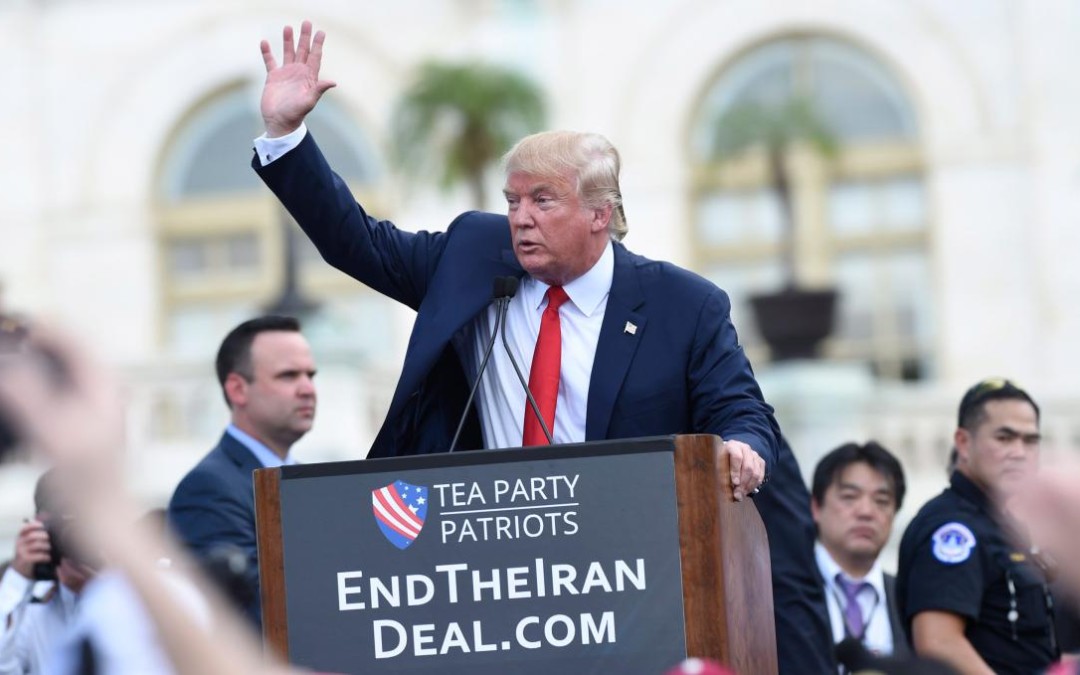 Donald Trump, the 45th president of the United States, has made the headlines again. This time, it was when he spoke the public about decertifying the Iran deal last Saturday in a speech at the White House. In this speech, President Trump openly expressed his disagreement with the Iran dictatorship and their untrustworthiness for the nuclear technology ban.

In the speech given by President Trump, he listed a few reasons to prove Iran guilty of the terrorism: secret governmental projects and the somewhat irrational fear of compliance issues. During this speech, he also listed some ways to solve these problems. His plans seem unreasonable and critics believe that few in the diplomatic community will agree with him. So let’s talk more deeply about Trump’s plan in obliterating the Iran nuclear deal.

The Iran nuclear deal was first created in 2015 between countries such as the US, Iran, China, Russia, and countries in the European Union. They came together to help Iran build new infrastructure and to reduce the nuclear factories in Iran. However, President Trump believe that Iran has turned rogue and the plan should be terminated.

Trump stated that Iran’s indifference to the deal’s stipulations has caused economic losses. Furthermore, asserting that the Iranian government has been in close and covert relationships with some Iranian terrorists and they have been handing them pieces of information about the nuclear technology that has been developed in the country’s factories. Trump stated, “The regime harbored high-level terrorists in the wake of the 9/11 attacks, including Osama bin Laden’s son.” Evidently, Iran’s supposed sponsorship of terrorism has compelled Trump to oppose the deal.

Mr. Trump especially exaggerated that if the United States does not address threat threat right away, it could get out of hand easily, just like North Korea. This is why he has urged the American government to \ withdraw from the deal.

After the speech, there was international debate on whether this was a good call or was it another of many diplomatic mistakes made by the United States. Most of the other countries in the deal cast doubt on the plan owing to the fact that the deal is made by many different countries, and the deal itself cannot be terminated under the influence of only one country.

Some experts stated that the $100 billion Trump said American gave to Iran is a trumped-up estimation. The money originally belonged to the Iranian government, which went to pay off obligations, exhausting half of the money. However the Iranian Government dares not to transport the money back because they fear public exposure and critics.

The American population are also debating amongst themselves on this topic. They want to retain the position they were originally in, but they also want to have a mutual relationship between all of the countries in the deal including Iran.

Now, suddenly trying to fix the problems in Iran is a hard step to take for the US government. America has had trouble from the terrorists in Iran from the past many years, and now with the governmental development of the nuclear weapons, threat to the United States has been bigger than ever. However this first step is not easy to take, and President Trump has admitted that this step would not be an easy one and achieving his goal would require multinational cooperation. In this week, we have not seen any country deciding that they want to withdraw from this deal.

To sum up, Mr. Trump has tried to make many changes to American foreign policy since the day he became president. Some decisions were great while others lead to much discussion and debate. This is one of those. This leaves us to wait for the world to come up with a final plan to resolve this problematic deal.