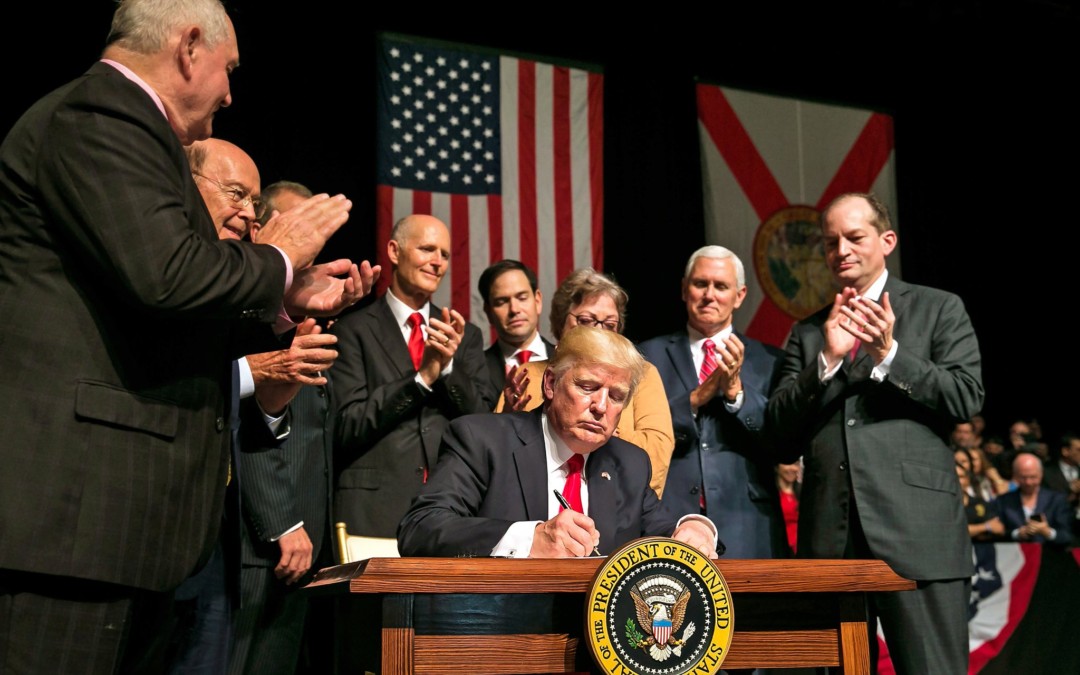 Friday, June 16, 2017 – The day when President Trump announced his decision to reverse several pieces of former President Obama’s Cuba policy that eased travel and business restrictions and reopened diplomatic relations with the island nation. Mr. Trump signed an executive order reinstating both travel and commercial restrictions. According to Julie Davis of The New York Times, this makes it so that “Americans will no longer be able to plan their own private trips to Cuba.” Educational visits will still be allowed, however, but new rules will be enforced, and school groups will need to submit detailed itineraries ensuring that they are pursuing purely academic work.

Additionally, American companies and private citizens will be prohibited from conducting business with any group supported by the Cuban military, intelligence, or security agencies. The problem is that large portions of the Cuban economy is dominated by the military, including the elusive tourism industry. Hence, Trump’s move essentially eliminates American participation in an economy based just 90 miles to our south.

The move is largely symbolic: the president still decided to keep several key aspects of the Obama-era policy intact, including keeping embassies in Havana and Washington D.C. open, allowing direct flights between the countries to continue, and allowing Cuban-Americans to travel and send money to relatives in Cuba. However, it could still come with some major consequences for the Cuban people. Both President Trump and Human Rights Watch are correct when they assert that the Cuban regime “continues to repress dissent and deter public criticism.”

Where Trump gets it wrong, however, is how he wants to fix this problem. Eliminating American contact with Cuba (both economically and person to person) only worsens the problem. With an American eye on Cuba, the Cuban government will be forced to maintain peace and cut down on human rights abuses. In addition, several reports claim that, by cutting off business ties with Cuba, Trump’s policy actually hurts the Cuban entrepreneurs and private businesses (the private sector in Cuba has actually been on the rise in recent years) that greatly benefit from American tourists.

President Obama had moved in the right direction by reestablishing diplomatic relationships with Cuba and loosening some restrictions. However, the trade embargo that cripples the Cuban economy was never repealed. By returning to a policy that has failed for over 50 years, President Trump has hurt the Cuban people and attempted to bring us back to the Cold War.

The Double Standard: Let’s take a look at the reasoning behind Trump’s reversal on Cuba. In his speech in Miami, Trump claimed that “we will not be silent in the face of communist oppression any longer.” Guess who the United States’ largest trading partner is (taking into account both goods and services)? China. China! According to Human Rights Watch, “China remains a one-party authoritarian state that systemically curbs fundamental rights.” President Trump then goes on to tell the Cuban government to “put an end to the abuse of dissidents. Release the political prisoners.”

Seeing as the President is boasting about a $110 billion dollar arms deal with them, let’s use Saudi Arabia as an example this time. Human Rights Watch states that “Saudi authorities in 2017 continued to arbitrarily arrest, try, and convict peaceful dissidents.” Additionally, President Trump has praised Russian President Vladimir Putin several times over the course of the campaign and his presidency. Yet Russia is said to have “tightened control over free expression, assembly, and speech, aiming to silence independent critics”.

Finally, the violence in Charlottesville provides another example of the President’s double standard. During his speech in Miami, he reminded America that he “promised to be a voice against repression in our region — remember, tremendous oppression…” It turns out, however, that when Richard Spencer, David Duke, white supremacists, and neo-Nazis come to town, that “voice against repression” fails to soundly and explicitly condemn them. Instead, our president takes that opportunity to blame “both sides,” one side being the above named hate groups and the other side being counter protesters condemning hatred and bigotry in our society.

A Final Word: I realize that this article may come off as simply anti-Trump, but that is the last thing I want to do. While, I acknowledge that I am not a supporter of Trump and would not have voted for him, my mission in this article was to present the facts and analyze the President’s own words. It is my sincere hope that the President made the right decision, and I will be extremely happy if my predictions and analysis turn out to be wrong because I do want a stronger US-Cuba relationship, and I do want to spread democracy. If you want to find out more, I strongly encourage you to check out the Human Rights Watch pages, The New York Times articles, and President Trump’s speeches. Please comment on this page, talk about this with your friends, and keep the discussion going.