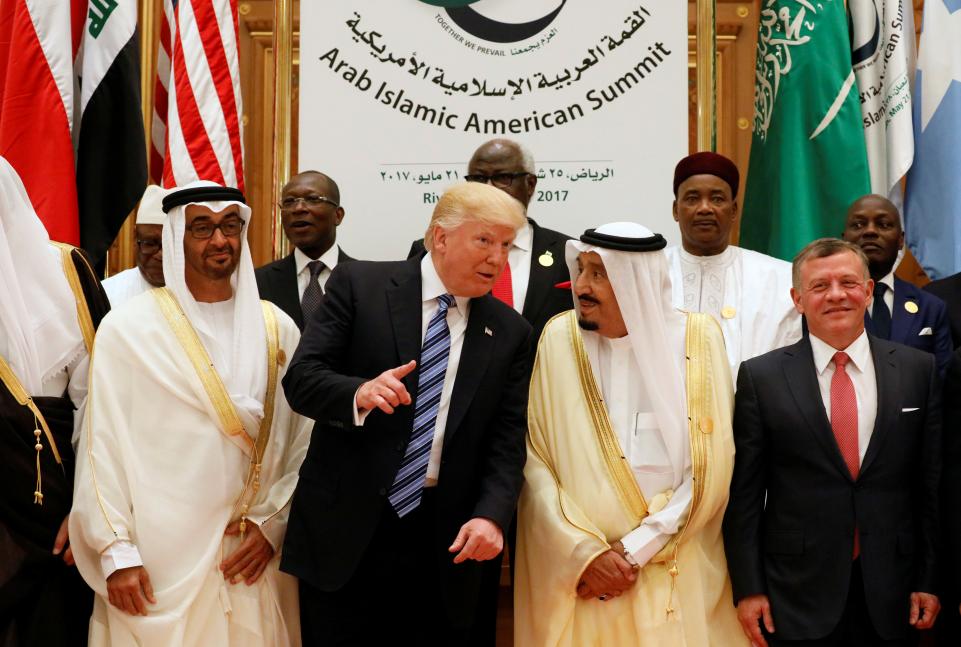 Amidst domestic controversy, Donald Trump has made his first foreign trip. His itinerary includes a visit to Saudi Arabia, Israel, Sicily, Brussels, and the Vatican City. His aides affirmed the trip’s intention to build relationships with international leaders, and Trump himself tweeted that he “will be strongly protecting American interests” on his personal Twitter. White House aides and cabinet members will accompany Trump on the trip, including Sean Spicer, H.R. McMaster, Sarah Huckabee Sanders, Steve Bannon, and Jared Kushner. While he will maintain his ostensibly “America first” narrative, the president’s first foreign trip will provide a glimpse into his developing international persona.

In addition to the $110 billion arms deal, in his visit to Saudi Arabia, Donald Trump praised the Saudi government’s devotion to counterterrorism, participated in ceremonial activities, and received respect and deference from Saudi King Salman. The perceptible rapport between the two leaders contradicts the disparaging comments about Saudi Arabia that Trump made during his campaign.  In spite of the disdain for Saudi policies that he promulgated during his campaign, Trump has maintained an amiable relationship with the Saudis. For a president who has a proclivity to make enemies, his ability to reconcile with the Saudi king is unusual. Is there something he is hiding or were the festivities all just an act? The conspiracies about Trump’s strange relationship with the Saudis began when Saudi Arabia, in spite of Trump’s accusations of its connection to terrorism, was excluded from the travel ban. His inconsistency in his sentiment toward Saudi Arabia could remain unknown with the nearly constant flow of new developments in the Russian collusion debacle.

The pleasantries between President Trump and Saudi royalty were a small portion of an eight-day-long foreign trip. But as reconciliation is not a defining trait of the president, there is reasonable cause for suspicion, and it is the job of the media to answer the questions that have begun to surface. Above all, the Saudi trip demonstrated Trump’s deviation from his campaign rhetoric, which has become characteristic of his first months in office