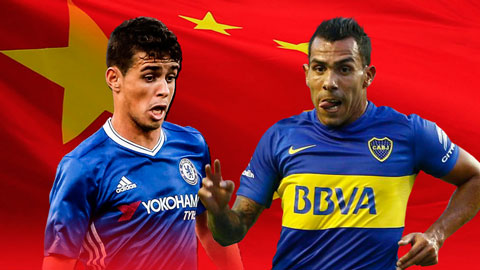 As I’ve mentioned in a previous article, it is indisputable that soccer is the world’s most beloved sport. Although from an American perspective, soccer’s following may seem rather minuscule, the sports that dominate the USA are hardly represented on a global level. Soccer is a sport that consistently has a reputation in each major country in the world. Although soccer has always been thought to be purely dominated by Europe, leagues have appeared in the USA and China recently. These new leagues, however, bring forth the dilemma of wealth vs. history. Unlike American sports, soccer is a sport where the buying power of a team directly correlates with the owner’s wealth and willingness to spend money. Often times the sport can be seen as corrupt or unfair when major investors take over teams. It is often an ongoing debate in soccer whether money or history has more importance in the sport. 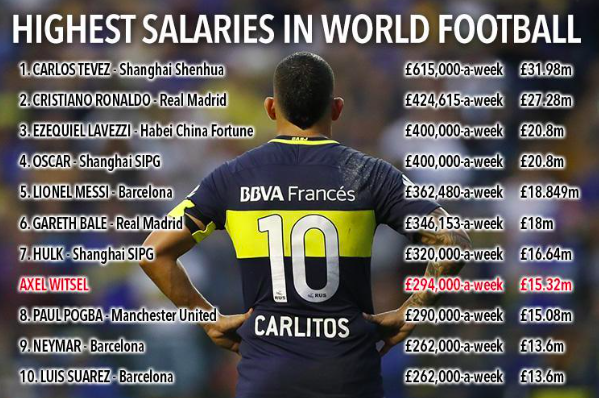 A list of the highest earners in world football

These past few years have seen the emergence of the Chinese Super League. Before 2014, hardly anyone knew about this league’s existence. It was not until major players had been poached by this league that attention was focused on it. Ludacris offers for aging stars in Europe’s top leagues has attracted many players to join this league. While Lionel Messi and Cristiano Ronaldo are disputed as the top players in the world, and maybe all time, their status of being the highest paid athletes is slowly dropping as more players are offered more than 10 million a year to come play for unknown Chinese clubs. Ex-European legends such as Carlos Tevez and unproven players such as Chelsea’s Oscar have made this Chinese movie purely for the money, disregarding the passion that players are known to have for the sport. In the cases of these two players, it is clear that money holds a higher priority over playing for world renowned teams. Another ex-European legend, Ezequiel Lavezzi, has failed to score a goal since making the move to China last year, but has still accumulated almost $20 million for his services at the club. The sudden emergence of wealthy Chinese teams has ruined the passion and history that comes with the sport, and replaces it with a competition of wealth. While in a few years the Chinese teams may soon join the ranks of powerhouse teams across the world, they will fail to have the history that many of Europe’s top clubs have.

Manchester United is an example of a club that similarly to the Chinese League, has an abundance of wealth. During the summer months, they are not shy at spending this money, as evident from the purchase of Paul Pogba, costing them almost $100 million. While it is absurd to spend that amount of money and an easy claim to say this team is corrupt by trying to buy championships, it is hard to look past their history. Manchester United is a club that has been established for over 100 years and has consistently been a powerful team over the course of its tenure in Europe. It is also tough to look past the millions of dollars in revenue they bring in each year, which may justify the amount of money spent on players. New leagues, such as the Chinese Super League, are trying to emulate the status of Manchester United, without having years of competition to compile their history.

Soccer is a sport where now, championships can be bought. The confinements of salary cap’s in America’s top leagues denies teams from being able to buy wins. It is controversial to say the Europe should enact salary caps because the freedom to spend money is what makes up the excitement of these leagues. Investors and teams thrive on making profits by buying players cheap, developing them, then selling them for more money. Although a salary cap makes for a league with more parity, it would take away from Soccer to initiate salary caps. Soccer is a sport where titles can be bought, but at the end of the day, the history of clubs will always be remembered over those teams who use money as a quick fix for losing ways, and a fast track to winning.